A must read from Jacqueline Paige 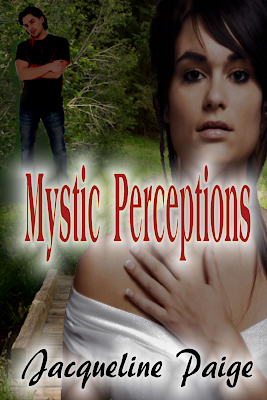 Book One in the Hidden Senses Trilogy

Tagline: Does she risk everything again?

Jacinda Brown keeps to her safe existence doing investigative research, avoiding people and places with people. To most, it appears she has a normal life; blending completely undetected in her lonely continuation.
She doesn’t investigate people; she can’t get that close. Through her hand she can feel emotions, thoughts. With a touch she can see what has been.

Unfortunately fate tosses her into a situation where her carefully guarded secret and her own conscience are at war when she finds herself working with detectives to find a killer. Jacinda clashes with the very strongly grounded detective, Reid Merritt, destiny has forced her to work with.

At some point he begins to matter, making her decision harder. Will he look at her with abhorrence, like she’s some sort of freak when she’s through?

What will be the price, this time, for the ability she doesn’t want?

Jacqueline Paige
I am a world class multi-tasker, a mother to five adventurous and unpredictable children, a cafe manager and I have a colossal imagination that allows me to step outside of reality into a world of paranormal romance with just a touch of suspense. Writer of all things paranormal, mythical and magical. Reader of anything!! http://jacqpaige.webs.com/

So if you follow my blog, you know I love Jacqueline Paige as an author.  This was a fabulous book and I loved it, but it was totally different than the Magic Seasons Series.  This book was more grown up… and that’s not exactly the word I want to use.  It was a murder mystery with the detectives being assisted by a woman who could read emotion by touching someone or something they had touched while emotional.  The part I think I love best was that she didn’t want this “gift”.

Growing up I was a shy child and often felt that others were speaking badly of me.  Now that I’m older and have had time to process it most of them probably weren’t and the ones that were weren’t worth my time.  However, I didn’t feel that way when I was younger.  In fact, I often wished that I could see what people were really thinking about me.  Now, of course, I know that they were probably not thinking about me at all but rather about what people thought of them.  I would hate that power now.

Jac, our main female protagonist, is sort of like “Rogue” from marvel comics.  She can’t touch anyone without seeing all their emotional thoughts.  That would be so hard.  I can’t imagine not being able to touch people, but then I’m a touchy-feely sort of person.  But imagine being alone and not able to tell anyone about yourself.  Now you’re getting the picture.

And the men, well let’s just say Ooo-la-la.  Well before I give away anything too pertinent I’m going to stop and say, Read this book for yourself.