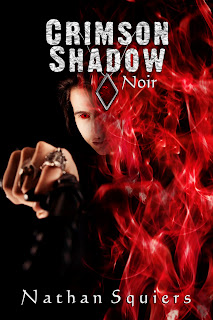 Ever since witnessing his mother's murder at the hands of his abusive stepfather when he was a boy, he has spent every day trying to reach that goal. But every night he's denied the death he craves.

When his eighteenth birthday approaches, an unforeseen chance for change is offered when his life is plunged into chaos and he's dragged into a supernatural world of vampires and other creatures of darkness. Caught in the depths of this new reality, mysteries of his supernatural lineage begin to unravel and Xander is given the ultimate choice:

Continue on with his wretched life or begin a new one as the vampire he was always meant to be.

Unfortunately, the supernatural world can be just as unforgiving and brutal as any other and Xander's choice is met with disastrous consequences. Now, with the chaos of the new world pressing down on him, his past reemerges and once again threatens to crush him. Will Xander be able to use his new strength to conquer his fears, or will he succumb to his own bloody darkness...

... and allow it to finally destroy him. 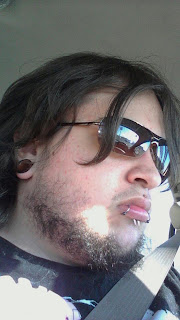 Nathan Squiers (The Literary Dark Prince) is a resident of upstate New York where he lives with his loving fiancé and two demonic beings that have, for the time being, chosen to disguise themselves as cats (incredibly demanding and out-of-control cats).

Living day-by-day on a steady diet of body modification and potentially lethal doses of caffeine, he often escapes reality through novels, comics & manga, movies, and (of course) his own writing. When he's not immersed in the realm of fiction (be it his own or someone else's), he can be found in the chair of a piercing studio/tattoo parlor or reacquainting himself with the real world.

Visit Nathan and find out more about him and his work at www.nathansquiers.com

A new take for me on the vampire legend.  Different types of vampires and a different manner of creating new vampires.  Nathan Squiers has created a unique culture of mythological creatures who live in the “real” world and yet are not quite part of it.

I am not typically a fan of vampire novels because of either the horror factor or the cheesiness factor, however Crimson Shadow manages to walk the fine line of being suspenseful without being a horror book and a fun read without being cheesy.  I enjoyed the unique aspects and appreciated the thread of sameness that helped me connect to the characters based on the past myths I have read.

Easy to read, engaging, and different enough to peak my curiosity and hold my interest, I give this book 4 out of 5 clouds
Posted by Wall at 4:29 AM