The Bull Years ~ An unusual review for an unusual book 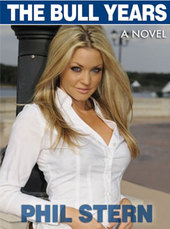 For Steve, Sophia, Dave, and Brooke, life hasn’t turned out as planned. Rather than easy fame and fortune, these happy-go-lucky teenagers of the 1980′s found young adulthood a mystifying series of dead-end jobs, failed relationships, family scandal, and surging frustration.

Now approaching middle age, all they want is to reverse their gradual alienation from life and one another, reconnecting with their earlier, innocent selves.

But there’s a catch. Before any of them can move forward, they must collectively confront that one outrageous night back in college that first drove them apart, revealing secrets potentially shattering everything they ever were. 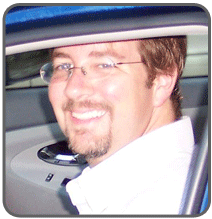 "I wanted to write about characters everyone could relate to," Stern says. "We've all had our ups and downs. I think people sometimes feel everyone else has experienced more success than they have, or are more firmly grounded in our world than they could ever be. My hope is that everyone will recognize a little part of themselves in Steve, Sophia, Dave, and Brooke."

"Speculative fiction is so different today than it was back then," Stern says. "I wanted to write stuff a bit more recognizable to fans of my generation. Science fiction should be about ideas and alternate worlds, strong characters and good stories.

This is a very cerebral book.  Told from the point of view of three friends from college in the 1980’s: Steve, Dave, and Sophia and Steve’s 20 something neighbor in journal type entries.  Steve is writing a “Life story” book entry and has asked these three people to join in.  Steve, Dave, Sophia, and Brooke attended college together and were very close until one weekend when a major event tore them apart.  They haven’t spoken in the 20+ years since college ended and are catching up on each other’s lives in these Journal style entries.

The book is raw, sometimes funny, sometimes sad, often depressing, but very real.  It is not the type of book that I would traditionally read or pick up, yet I am oddly drawn to it.  Perhaps this is because I am also a child of this era, graduating college in the 1980’s and can understand their point of view.  One of the most humorous and truthful parts of the book is when one of the writers laments being the last of the non-tech generations.  For my kids the fact that we didn’t have a television until I was in 3rd grade, only had three channels (and if the President was on that was the only thing on), cell phones and computers were non-existent, and sending something wirelessly to be printed out was a bit like finding out you could “beam me up, Scotty.” (for all the traxie fans)

The idea that who we become when we “grow up” is not necessarily what we planned when we were young and idealistic is not a new one to me, but I have not seen many books address these issues with such tact and wit.  While I would not have necessarily chosen a book like this, I am glad that I read it. 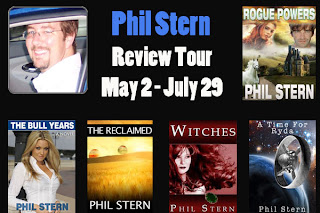 This product or book may have been distributed for review, this in no way affects my opinions or reviews.
Posted by Wall at 4:27 AM