review Dreams Do Come True ~ for adults only 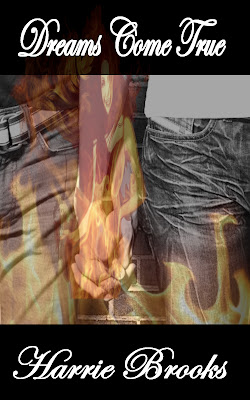 A secret held in the past in memories only but never forgotten.

The girl caught in the middle.

How long will it be until someone's DREAMS COME TRUE?

Avaliable in PDF only

£0.99 Please be aware that pdf delivery will be within 6 hours

The Equinox Fitness Club in downtown Chicago was always crammed with
people. Sam liked that, it was easier to stay away from Tyler. With Tyler
recently getting engaged to his long term girlfriend Ally, the secret
between Tyler and Sam had to remain in their memories only.

Sam headed to the weights and began his training regime, which ended on
the running machine. His trusty mp3 helped him through the intense workout
he and Tyler had worked out to so many months ago. It had provided Sam
with the perfect conditioning to become a semi-professional fighter. His
muscles were tighter and bigger now and it was all thanks to Tyler.

The running machine next to his clicked on, he glanced over at Max who had
started his workout. They nodded at each other before refocusing on their
workouts. Sam had only one thought dance through his mind before he
refocused, why couldn’t that be Tyler.

After his workout, Sam retired to the locker room and headed straight for
the showers. He walked to his favourite shower, the one in the corner
where the water always seemed warmer, and let the warm water run over him,
releasing his built up frustration over Tyler. He closed his eyes for a
few minutes but when he opened them again he found he was no longer alone.
Just a couple of shower heads down from Sam stood Tyler. Sam switched off
the shower and bolted not knowing what else to do.

He dried his ink and pierced-free, body down and pulled on his jeans and
shirt before drying his dark brown hair. The door between the locker and
the shower rooms opened and Sam watched the older, heavily tattooed man
walk into the locker room.

Sam rubbed his hair dry and applied the gel, watching Tyler out of the
corner of his eye the whole time.

“Hi, Tyler,” Sam called over to the other man. As soon as the words left
his mouth, he wished a hole would open up and swallow him.

Tyler nodded at Sam and started to unpack his sports bag; he laid out his
clothes and then pulled his towels out and began to dry himself off.

Sam picked up his Young Guns comic and turned his mp3 on; he settled back
against the wall, wanting to just have a few minutes of peace and quiet
before facing the full gym and his life again. Sam sat back and his mind
faded into his own little world and he began to tap his foot to the music.
He did not notice the locker room empty out, leaving behind a half-naked
Tyler who was drying his short black hair.

I was born 30 years ago in England. I started writing when I was around 10, only short stories for English but I was told by many teachers I had a skill. I worked hard on this from then and took many routes before ending with the Equinox series you now hold the start to in your “hands”. Tyler, Sam and Reese have been with me for a while and now I want to give their stories the light they need. I hope you enjoy them and read the further stories that will be coming soon.
Connect with Me Online: