review of Scent of a Witch


Book Review of Scent of a Witch by Author 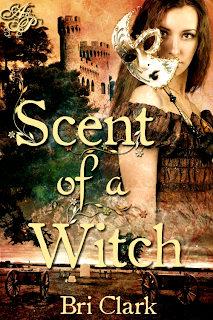 Maeve da Paer has lived her life free from the restrictions of the world of sorcery and the Board of Witchery hidden behind the combined protection of her grandparents powerful clan magic—and a lie.

Although her life has not been worry free, it is when all that desperation and grief cause her to cast her most powerful spell ever…a spell that will end the pain before it begins on the powerful All Hallows Eve.

Fionn Hughes, an immortal tracker, former heir to a powerful clan of time warlocks is on a mission to restore his honor—instead he finds Maeve da Paer. Following the scent of Gardenias and Honey Suckle, he discovers the last Scent Witch. It’s only after she almost takes off his ear that something more stirs, eventually changing his mission from one of duty to one of need.

What will Fionn do when he finds out Maeve plans to cancel out her own existence? Will he be strong enough to stop her? 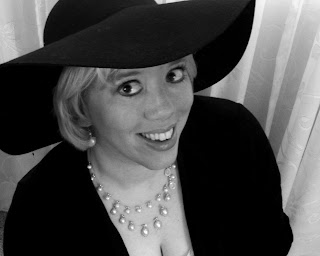 Bri Clark is a real example of redemption and renewal. Growing penniless in the South, Bri learned street smarts while caring for her brother in a broken home. She watched her mother work several jobs to care for their small family. Once her brother could fend for himself, Bri moved on to a series of bad choices including leaving school and living on her own.

Rebelliousness was a strong understatement to describe those formative years. As a teenager, her wakeup call came from a fight with brass knuckles and a judge that gave her a choice of shaping up or spending time in jail. She took that opportunity and found a way to moved up from the streets. She ended up co-owning an extremely successful construction business. She lived the high life until the real estate crash when she lost everything.

She moved west and found herself living with her husband and 4 kids in a 900 square foot apartment. She now fills her time, writing, blogging, leading a group of frugal shoppers and sharing her southern culture. Her unique background gives her writing a raw sensibility. She understands what it takes to overcome life’s obstacles. She often tells friends, “I can do poor. I’m good at poor. It’s prosperity that I’m not used to.”

Bri and her husband Chris live in Boise. Bri is known as the Belle of Boise for her true southern accent, bold demeanor and hospitable nature.

Bri boasts several positions in the publishing industry. An author, professional reviewer, blogger, and literary strategist she enjoys all aspects of her career from the creation of story to the branding and marketing needed to make her books successful.

I loved the view of different types of witches and their different magic’s in this book.  I also enjoyed the snarky arguing between the heroine and hero.  I love that she totally doesn’t give him any quarter and calls him on his crap.  Fionn isn’t going to admit he fell head over hills for Maeve at first sight, and she isn’t going to cut him any slack.  This tension is fabulous and the snarky quips bring a great depth to the book.

I enjoyed reading this book and hope that there is a sequel because I was nowhere near ready for it to end and have so many questions left that need to be answered.  The story starts out quickly and continues at a breakneck pace until the end.  I was so surprised when it ended that I turned back and looked to make sure it had actually ended.

I definitely like this book by this new to me author.  I hope to see more from her and more about Fionn and Maeve soon.  I give this book 4 out of 5 stars, largely because I felt it stopped abruptly and I was left wondering what was going to happen next.
Posted by Wall at 3:00 AM