A Time for Ryda review

Book Review of A Time for Ryda by Phil Stern 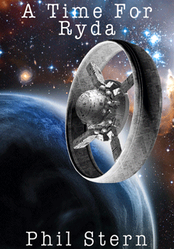 A Time for Ryda - An undercover operative must contact her former lover across enemy lines.

Posing as a curious college student, 24-year-old Eve Scott returns to occupied Ryda, the planet of her birth, as a courier for the Terran Alliance Intelligence Network.

At first, Eve easily eludes the Gandian authorities. But the Resistance has been penetrated. Ambushed and nearly captured, Eve’s true identity is now revealed to the Gandian secret police.

Now, betrayed and on the run, Eve must trust her former lover from before the war, who may no longer have any loyalty to the Rydian cause, or Eve herself. 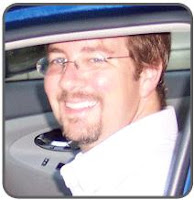 “I wanted to write about characters everyone could relate to,” Stern says. “We’ve all had our ups and downs. I think people sometimes feel everyone else has experienced more success than they have, or are more firmly grounded in our world than they could ever be. My hope is that everyone will recognize a little part of themselves in Steve, Sophia, Dave, and Brooke.”

“Speculative fiction is so different today than it was back then,” Stern says. “I wanted to write stuff a bit more recognizable to fans of my generation. Science fiction should be about ideas and alternate worlds, strong characters and good stories.

This book was more science fiction than fantasy and more cerebral than the other books I have read by Phil Stern.  The story was not my favorite Phil Stern story.  I liked it and it was definitely interesting to read.  The action scenes were intense and the story interesting, but the story didn’t have the same click for me as his other stories.  I think it was a little jarring, and then it just ended.  I wanted to the guy to get the girl, the war to end, and everyone to live happily ever after; but that’s not the point of the story.  I think I wanted more than that this book had in it.  I hope there is a sequel because I need resolution.

Despite it not being my favorite, I enjoyed the book.  I liked the main character and cared what happened to her.  I rooted for her to win out against the evil foe.  I give this book 4 out of 5 clouds.
Posted by Wall at 3:00 AM