Win, Win, Win! A review and giveaway of "MUTINY" 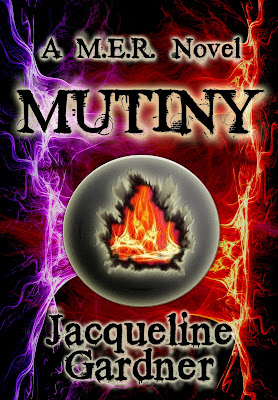 Eric's life aboard a top secret stealth submarine as a member of the government’s M.E.R. program has been about discipline, cunning and survival. As both a soldier and a natural born regenerator, he can heal from any wound, but to stay alive he must accept a vein-burning serum that prevents his DNA from over-mutating.  In exchange Eric must follow his Chief Commander’s every order.  And never ask questions, no matter the assignment.

When he goes ashore on his first solo mission he runs into a complication he didn't expect; Mariella, the target’s daughter.  She’s about to change everything. 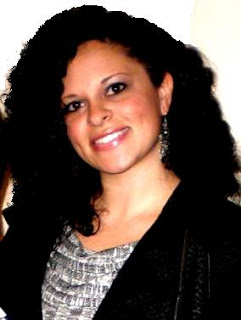 Jacqueline Gardner works as a Story Editor for the production company, Labragirl Pictures.  Her love of storytelling began at an early age when she would make up stories with her grandmother before bedtime.  In early 2010, she completed her first novel and has been stuck on writing ever since.  She resides in Colorado and loves hiking, writing, fantasy fiction, and all things cupcake.

I didn't expect what I got, nor was I prepared for it.  There was something different about Eric.  That was obvious when he fell out my window.  I owed him one, which is why I followed him.  I'd never run that fast before and I don't know how I did it.  And when he plunged into the ocean, my only thought was that he must have lived on a boat or something.  I never imagined I'd swim right into a mini-submarine.
"Are you finished yet?" a worried voice yelled from around the corner.  I rinsed off as quickly as possible before turning off the shower faucet.  The cold water washed away the smell of fish and seaweed, but my body was shivering.  I grabbed a towel and some baggy pajamas belonging to Eric.  I dried myself off and hurriedly got dressed.
"Okay," I whispered.  "I'm done.  Now what?"  Eric peeked around the corner.  He had his hands over his eyes.  I laughed.  "Seriously, I'm finished."
"That fast?  You owe me two rations, Frankie!"  I shook my head so my hair would dry faster.
"You guys made a bet?"  I smiled, picking up my wet clothes.
"We'll have to hang those in our room somewhere."  Eric's continued concern for my safety was starting to worry me.  Was I really in that much danger?  Whatever.  I was already in a huge mess back home anyway.  A windowless room full of strange boys was better than my crazy stepmom.
"We're clear," Frankie called.  Eric touched my arm and I followed him back to his room.  The hallway was dark and I didn't see why we had to keep stopping and watching for other people.  Clearly, everyone was asleep.
"So what now?" I asked.  Eric looked oblivious.  He'd promised me an explanation and I wasn't going to let him get out of it.  "You said you would explain all this."  I looked around the room.  All the boys did nothing but stare.  Frankie was tall and fit, just like Eric, but he had super tan skin and black hair.  The other two boys looked younger than me.  The littlest one was skinny and kind of awkward, but I hadn't caught his name yet.  Everyone just called him Anchovy.
Eric's clothes were still damp and he smelt like seawater.  He dug through a bag of clothes and headed towards the door.
"I'm going to wash off.  Then we'll talk."
"Fine," I replied.  "I'll just hang around here."
"I'll be quick."  He left the room and I turned around to see three pairs of eyes fixed on my face.
"Uh, is there anywhere I can hang these?"  The smallest boy pointed to an empty bunk.  The bed was neatly made and a zipped duffel bag sat at the foot.  I walked over and hung my jeans and t-shirt on a metal bar.  "Whose bed is this?"  All three boys were silent.  Maybe that was the wrong question to ask, but it would be helpful to know if I'd have to eventually convince another kid not to rat me out.

From Chapter 8 - My City Tour

A sudden scream made my heart jump, and I dropped the rest of my pastry on the table.  The laughing couple looked startled.  The scream came from outside.  My stomach churned and I hoped that the cause of the scream had nothing to do with Eric.
The piercing sound of gunshots finally made me panic.  I dropped to the floor without thinking and listened as screaming people ran down the street.  More gunshots sounded and my heart was beating so fast that my entire body felt tingly.  What was going on?  Eric had said everything would be fine.
The laughing couple grabbed each other and fled out of the café door.  The sticky night air felt refreshing as the door flipped open.  I stayed crouched by my table.  It took everything I had to keep myself calm.  The loud noises outside made everything feel more real.  I really was in trouble.  My feet were glued to hardwood floor.  I couldn't move and I didn't want to.
More screams filled the street but this time they were closer.  I closed my eyes and took long, deep breaths.  I had to be ready for whatever was about to happen.  Another gunshot sounded so close that I screamed.  The loud noise bounced around in my eardrums and glass shattered all around me.  The sight of the broken glass only made my heart pound more.
The shop window had broken.  Whoever was responsible for the gunshots had to be right outside the café.  A hand grabbed my shoulder and made me scream.  Eric's face was red and sweaty.  He kept looking outside like he was being followed.
"Time to go," he muttered.  He didn't look the least bit scared.  He acted like this kind of thing happened every day.
Eric didn't look back.  We tore through the kitchen of the coffee shop, knocking over pots and pans as we ran.  Crashes and blasting noises lingering behind us made me run faster.  The back kitchen was empty.  Eric and I came to a back door leading outside.  The door was locked.  Eric rammed the nearby window with his fist.  Blood dripped from his knuckles, but he didn't seem to notice.
"He'll be here any second.  I can smell him now."
"Smell who?"
Eric knocked out the remaining glass and grabbed me around the waist.  I didn't resist.  I heard the kitchen door smash open and footsteps stamped across the floor.
"Don't look, just run!"  Eric pushed me through the side window before I could see the source of the banging noises that followed us.
My hands hit the dirt, preventing my face from getting trashed.  Eric was stuck inside and I was ordered to run for my life.  I stood up, wiping my dirty hands on my jeans.  My heart was still pounding and my feet were tingling as I glanced around deciding what to do.
Before I had a chance to think, Eric leaped through the window behind me and jumped up to his feet.  He gave me a scolding look and pushed me forward.
"I told you to run!" Eric yelled.  I didn't know what was scarier – Eric getting angry or the monster of a man knocking the door down.  A fist pounded at the back door and the wood started to split.  Eric took off running down the street and I followed.
My legs propelled forward on their own.  I gulped down air whenever possible and tried to ignore the fatiguing pain shooting down my body.  Eric glanced behind every few seconds to make sure I was still there.  I couldn't wait until we could stop.  I was running out of fuel, and trying to keep up with a government trained M.E.R. soldier wasn't easy.

I don’t generally like books that change from one person’s perspective to another’s because I tend to get confused as to which person’s mind I’m in at the time.  But this book was fascinating.  I was drawn in immediately.  The overall concept was unique, at least I’ve never read a book about regenerating super people forced to work for the government.
And then it had a little romance, nothing over the top, just a nice sweet boy meets girl, boy saves girl, girl has a smart mouth, boy saves girl again, girl saves boy big-time making it all better.  Aaaahhh, I love that.
This was such a fun read.  I give it 5 out of 5 clouds.  A definite good read 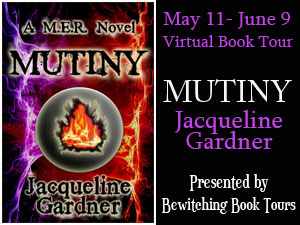 This product or book may have been distributed for review, this in no way affects my opinions or reviews.
a Rafflecopter giveaway
Posted by Wall at 3:00 AM