Wings of Hope review and giveaway

Book Review of Wings of Hope by Hillary Peak 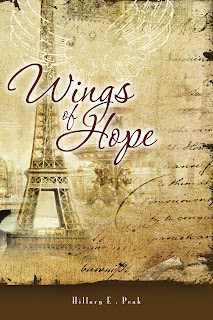 Be sure to enter the giveaway below!!
Title: Wings of Hope
Genre – Literary Fiction
Publisher – Create Space
Release Date – December 2011

The letter said he was dying, that’s all Jules Weinstein knows when she leaves her life in San Francisco and moves to New York City to be with her father. She goes for the remarkable opportunity to really know her father. She never dreamed he had liberated a concentration camp, dealt cards to Bugsy Siegel or saved the life of a Black Panther. Wings of Hope is a road trip through the memories of a man making peace with his life. Little does she know that by getting to know her father, she will find herself. While her father struggles with whether his life was meaningful, Jules discovers that her father’s last gift to her is the ability to reach for her dreams. Her journey teacher her that “the goodbye” is sometimes the most heartbreakingly beautiful part of life. 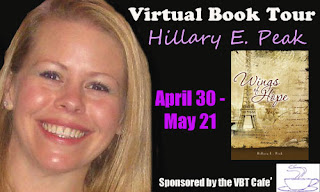 Hillary Peak is a recovering idealist. She became a lawyer to change the world and is still somewhat shocked that didn't occur. Now, her goal is to retire from practicing law and write novels that people love. She is currently a practicing attorney in the District of Columbia. She lives with her family in Alexandria, VA.
Book Excerpt:

Excerpts :
Excerpt 1: As we sat at the table sipping coffee, I ventured my first question, “Dad, what were your parents like? You haven’t told me much about them, except that your mother had more brains in her pinkie than you’ve ever had.” I worried I wouldn’t have time to find out all I wanted to know.
He looked up, surprised. “Haven’t I told you about them?”

I shook my head. “But I’d really like to know more about them--especially what they were like.” 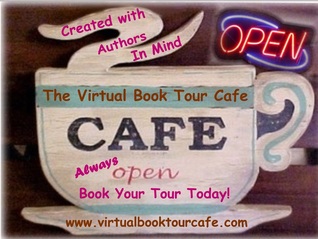 A smile spread across his face, “Really? I can’t believe that. My mother would have loved you--eaten you with a spoon. Remember when I took you to Fiddler on the Roof?”
I nodded, not wanting to break the spell by speaking.

I nodded again. That had horrified me, I couldn’t imagine not falling in love, courting, all that comes with the fun of meeting someone special, dressing up to go out, etc. The coffee mug warmed my hands, as I listened enraptured.

Rather than actually seeing it, I felt my jaw hit the floor. “You’re kidding!” I exclaimed without thinking.

“Nope.” He shook his head, watching me with amusement.“They’d never even seen one another. Married in a little village in Poland called Tarnapole. It is gone now--burned to the ground by the Nazis, I think.” His eyes misted over, but continued anyway. “My mother got pregnant with your Aunt Rebecca almost immediately. My dad was a barrel maker--and a fine woodworker. He made furniture for people as well. Six months after Rebecca was born, my mother got pregnant again--with Aunt Rachel. The pogroms went on at that time, and getting worse every day from what I gathered from my parents. Money and food were running out. It was quite desperate. My father decided to come to America, make some money with my mother’s brother who already lived here in New York, then send for my mother and the two girls. He left taking nearly two months to get to New York. It was barely three weeks after he stepped onto Ellis Island when World War One started. My mother and your aunts were trapped for the next three years. For a while, my dad could get in touch with them. He sent money, but after about a year, the lines were totally cut off. He didn’t know where they were, if they were even alive. As far as I know, he kept working, saving money. My mother on the other hand, was starving. The pogroms were continuing. The Cossacks were riding through villages, raping women and running everything that moved through with a sword.” He licked his lips, concentrating, clearly thinking about what it must have been like for his mother. My hair stood on end.

“One day, my mother was in the town rather than at their farm when the Cossacks came riding in. One grabbed my mother around the waist and lifted her onto the horse while he was moving. He intended to rape her in the saddle and kill her. She grabbed his pistol from out of the holster around his waist. She shot him dead as they rode.”

My mouth was open and my eyes were far bigger than saucers. My dad laughed at my expression. “I know. Totally amazing--she was an amazing woman. She never told me that story. Her brother told me after she died. I remember saying to him, ‘My Mother?’ I couldn’t believe it.”

“What happened?” I asked mesmerized. “How did she get away with it?”.

He nodded solemnly. “I asked the same question. She rode back to the farm. Her brothers buried the body. They slaughtered the horse and ate the meat—they couldn’t keep it, even though it would have been great for the farm, because it would have aroused suspicion and questions--but it was no longer safe for her or your aunts. People had seen it happen. They knew it wasn’t long before someone turned her in for a loaf of bread.” He bit the inside of his cheek, just a bit; frightened for them even though he knew it turned out alright.
“So she took what she could carry, along with my sisters and started walking to America.”

“Walking? Are you serious?” I literally could not imagine walking thousands of miles.

“Yep. She and my sisters hid in the woods during the day and walked at night for months. Eventually, she joined a refugee line.”

“How long did it take?” I couldn’t imagine. The fear I felt hearing about it was palpable--what must it have been like to go through something like that?

This story really resonated with me.  I connected with Jules from page one and laughed and cried along with her during the story.  I am coming to the age where the roles between parent and child are beginning to reverse.  I have already seen a little bit of it with helping my parents with their computers and cell phones, but I know the day is coming when it will be me taking care of them rather than them taking care of me.  It is hard for me to imagine my fiercely independent parents as needing to be taken care of, but they are getting older and that day will come sooner than I want.

The only thing that seemed out of place to me was her immediate physical and intense emotional connection with Jacques.  It just seemed out of character.  Otherwise a great read.

My favorite part was the quotes that started each chapter.  My favorite is below

the day when God will deign to reveal the future to man, all human wisdom is contained in these two words, Wait and hope. ~Alexandre Dumas, The Count of Monte Cristo (1845), Chapter 117
I am glad to give this book 4 out of 5 clouds.
a Rafflecopter giveaway
Posted by Wall at 6:39 AM