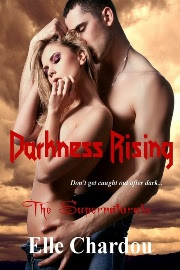 A Pureblood...
Julien Gasquet belongs to the notorious Lycan clan, the Gasquet Pack based in New Orleans. After a vicious argument, he storms out of the compound and decides to spend the night with his sister, Jolie, in Baton Rouge.

A Half-breed...
Martina Beauchamp is considered an abomination to the Lycans as she isn't a pureblood and doesn't have a pack to call her own. She meets Julien after a horrifying incident forces her to flee her home and her car breaks down in the parking lot next to his truck.

Destined...
The attraction Julien and Martina experience from the moment they meet isn't about lust or a one night stand. However, when the pack is involved in every decision a werewolf makes, is a happy ending at all possible?

USA and Canada ONLY for Print Book

Excerpt:
Chapter One
“Boy, I don’t care how you feel—you goin’ to fight tonight, come hell or high water. The venue has already been booked and everyone is comin’ out to see you beat Clarence Remington from that bastard mongrel Desreseaux Pack of Shreveport.”

“Roy, just leave him be. If he can’t fight and he says he ain’t well, you ain’t makin’ it no better.”

“Shut the fuck up, Adele. I’m gettin’ tired of you taking his side all the time. Who you married to anyway, him or me? You let his pansy ass get away with murder, woman.”

Adele kissed her son’s cheek before she walked toward the door. “Listen, I have to work tonight and if I am late again, that vamp bastard is gonna fire me.”

“He should. Don’t make no sense you workin’ in one of them kind’s fancy schmancy bar anyway. You belong with the pack, goddamn it!”

“And I would be if I had a better excuse for a husband.”

Julien “Jules” Gasquet finally got tired of the back and forth between his mother and step-father. Adele always pulled out the same tired old lines why she worked at Le Sang, an upscale gentlemen’s club in the French Quarter, but the truth was she preferred being around vampires rather than her own husband.

He gathered a few clothing items from his bedroom and took off in his Ford F-150. He could imagine his gorgeous mother now telling his no-good step-dad how he’d chased him off yet again. He didn’t plan to go far; probably Baton Rouge as leaving Louisiana wasn’t such a good idea. He might decide to keep driving and never grace his pack again but he couldn’t leave that kind of burden on his mother.

Adele, was not only a beautiful and eternally youthful woman of Creole descent, her lineage remained pureblood Lycan. She’d also been orphaned at a young age and raised in middle-class New Orleans with a family who was not aware their adopted daughter would soon become a werewolf when she entered puberty. When she became of age, she hunted down her biological mother and though they never became close she at least knew her kin. She’d married his father, Jean Gasquet, a first generation French-American thus he wasn’t considered Cajun, who belonged to the Gasquet Pack and was instantly accepted by them.

His father had been like him, though Alpha of the Gasquet Pack he would always be a fighter, who loved to shift and show how great his lineage as a Lycan was, how strong and tough. He’d died in a bar fight, three wolves against his one when Jules was fifteen and his younger sister, Jolie, was seven

It had been just the three of them for almost ten years but his mother eventually wanted a lover even if he could never be her true mate. Roy had come along and their life had seemed fucked from the word “go”. His mother was so beautiful and could have any man
she wanted but Roy was second cousin to their father and he was just as good looking as he possessed the same crystal blue eyes and blond hair. Everything seemed okay in the beginning but the moment Roy married Adele, everything went downhill in a hurry. Roy couldn’t wait to prove Julien was tougher and stronger than his father. He enrolled him
in the Lycan Fighter’s League where there was serious money to be made. Roy took over his life and when he wasn’t training, he was fighting. After almost eight years of this constant lifestyle, it was starting to wear him down.

He pulled the truck to the side of the road and checked his face. The black eye sustained on the left side of his head from the previous night’s bout had yet to fade completely on his ivory skin and had taken on a bluish purplish tinge around his eye. The bruise didn’t take
away from his gorgeous crystal blue eyes, the same color as his father’s though the rest of him resembled his mother. He had her bone structure and dark hair though he was tall, almost 6’4” and two hundred pounds of lean muscle mass.

Julien decided then and there if and when he decided to go back to his parents’ house, his life would have to change. He couldn’t keep getting into these professional fights that lead to bar brawls as he was already hyped up on blood and violence; followed by casual sex with every were-bitch and sundry just because his life sucked and he hated how dead end the situation seemed at the moment.

The only bright spot in his life was his sister, Jolie, who attended LSU in Baton Rouge. He would stay with her as she lived off campus in an apartment he secretly paid for and make sure she was all right as far as money was concerned. University ended almost six weeks
previously but she preferred to stay in her apartment year round as she despised Roy more than he did. Halfway to Baton Rouge, he decided to stop at Tommy’s Pizza to get some dinner. Hammond was the perfect in between place and there were some pretty good restaurants situated near enough to the interstate to make it his favorite halfway point stop.
He parked his truck and locked it with the remote as soon as he stepped out.

He waited until he was safely inside the diner and seated before he pulled out his Samsung Android phone and placed a call to Jolie. She answered after a couple of rings.

“H ey, chère, it’s your big brother. I wanted to see you and I had to get away from Mama and Roy. Is it okay if I stay at your place tonight?”

Jolie sighed on the other end of the phone. “You need to get out of there, Jules. It’s no good for you to stay there with them…I’m gone and you did your part. Who are you staying for because if you tell me it’s Mama, I’m gonna ring your neck. She is capable of taking care of herself and she doesn’t need any help from you.”

“Okay, it is for the sake of Mama. I don’t trust Roy. You know what kind of wolf he is…he isn’t a real alpha though he likes to act the part. I couldn’t take it if he ever put his hands on her—”

“It’s a little late for talk like that, don’t you think? He’s been puttin’ his hands all over Mama for almost eight years. What are you gonna do? Stop ‘em from fuckin’? It’s really none of your business what goes on  between them. You need to get out of there and find a place of your own. You can afford it so stop being cheap. By the way, I expect you in about half an hour.”

“Make it an hour or so. I stopped by Tommy’s Pizza in Hammond and you know I always get the sirloin, bloody, and a baked potato. I think I might have two tonight so let me enjoy my dinner in peace.”

She sniggered. “Okay, just don’t make me wait too long. Talk to you later and drive carefully, all right?”

“ Ye s, mademoiselle,” he replied before he ended their call.

The waitress walked over to him; she was a young shifter who looked tired and awaited anxiously for her double shift to end. By the way she kept shifting the weight of her body from one foot to the other and back again, her work day couldn’t be over soon enough. “What can I get for you?”

“I’ll have two sirloin steaks—bloody—and three eggs over easy with a side of hash browns,” he said  without consulting the menu he had memorized.

“It’ll be about ten minutes. You want anything to drink with that?”

The waitress walked away and he ran his hands through his ultra-short hair. He didn’t have to be psychic to know it would be a long night. 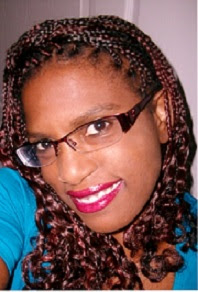 Danielle Blanchard Benson is a world traveler and author of several different series.
Ms. Blanchard Benson is the author of Beginnings: Book I (The Plague), Death Wish: Book I, Better off Dead: Book II and Death Lair: A Novella (all from The Vamp Saga), The Catalyst: Book One (The Pop Stars) and The Beautiful People series.
She is currently working on Love Voodoo: Book I (DeGeneration), Apocalypse 2012: Book II (The Plague), Hart Attack: Book I (The Hart Family Saga), The Making of a Star: Book Two (The Pop Stars) and Queen of the Undead: Book III (The Vamp Saga).
Ms. Blanchard Benson has lived abroad in Stockholm (Sweden), Manchester (England), Los Angeles, the San Francisco Bay Area and Portland. She currently resides in Las Vegas, Nevada.

Shifters and Lycan aren’t exactly the Hatfield’s and McCoy’s but they’re close.  They don’t shoot at each other over property lines.  In fact, they try to avoid one another altogether.  Alpha Heir Apparent Julien stops for pizza on his way to his sister’s in an attempt to avoid his step-father and finds a distraught and stranded Martina.

Martina has grown up not being accepted by Shifter’s or Lycan because she is a mixed breed, Lycan and Shifter.  Tonight her step-father tried to rape her, she finds out the stories about her grandmother being raped and giving birth to a mixed baby are false, she is half Lycan not ¼ like she thought, and her car finally gives up the ghost.

These two upset people cross paths unexpectedly and things take an unexpected turn that neither foresaw.  They….  Well, you’ll just have to read to find out what happens because I don’t do spoilers.

Danielle Blanchard Benson provides a fresh look at shifters and Lycan (werewolves) in a world where paranormals have equal rights and are out of wherever they were hiding.  I give this book 4 out of 5 clouds.

This product or book may have been distributed for review; this in no way affects my opinions or reviews.
a Rafflecopter giveaway
Posted by Wall at 3:08 AM