Review of Chutes, Beer, and Bullets

Chutes, Beer, & Bullets: Not Your Grandpa's War Story is a humor filled narrative that takes place during the peak of The War on Terror. Follow Jesse is this uncut and unscripted adventure as he leads you through United States Army Airborne School, Europe, and ultimately to Operation Enduring Freedom in Afghanistan. Chutes, Beer, & Bullets is assured to have you laughing, sighing, looking away, and possibly even shedding a tear as you connect with the real life characters within. No doubt you will be longing for more as you turn the final page. 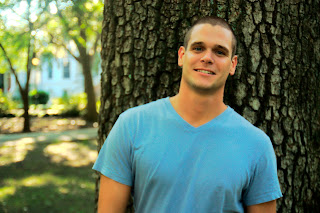 Jesse Holder (1986- ) was born in Valdosta, Georgia. He quickly became known as a "class-clown" throughout his school years. After putting college on hold, Jesse joined the United States Army. He graduated United States Infantry and Airborne School in the spring of 2006. He served in the 173rd Airborne Combat Team in Italy from June, 2006 to July, 2009. He has completed two combat tours, the first being a fifteen month deployment in Afghanistan with the 173rd ABCT; the second being with the 3rd Infantry Division in Iraq. Jesse is very passionate about friends, family, food, beverages, traveling, and University of Georgia football.


Excerpt
The door of the C-130 Hercules flew upwards as the hot Georgia air poured into my nervous lungs. The continuous bump of the aircraft was not helping the situation...the sting of diesel nipping at my nostrils. The Black Hat yelled, "Thirty-Seconds," holding up his index finger and thumb. We all replied "thirty-seconds" as was taught to us for the past three weeks. I could feel my right hand tighten around the yellow rip cord. The only thought circulating through my head since I hooked up was, "Is the yellow cord really going to open this parachute that some nut packed?" This was by all means a new experience.

"Standby!" the Black Hat barked, and the number one jumper turned to face the rustling Georgia Pines, pissing his pants as he did so...the Black Hat stepped back. I was the #4 jumper, or the fourth person that would jump from the plane. I was just close enough to the door to see the ground zipping by. The planes altitude hit 1,200ft and all I could think was, "What in THE HELL am I doing here?" "Green light go!" The Black Hat responds in a roar, and like ducks following a seemingly retarded mother, we all exited the aircraft.

What I confused for the wrath of God was actually the prop blast from our C-130, throwing my ragged body through the air much like your cat does with a cheap toy. I felt my T-10 Parachute opening, "Praise the Lord!" too bad Jesus didn't warn me of the opening shock on my gonads. The straps dug into my legs, and the risers were twisted behind my head. As I am bicycle kicking through the open air to untangle my straps, I see the Georgia clay approaching with terrifying speed. Which way am I supposed to pull the risers again? As I am looking toward the horizon, I hear my 1st Lieutenant yell in agony accompanied by a sickening pop, which was his femur snapping. I try not to focus on the ground, staying as loose as possible. Feet and knees together! Then, as if the entire world is quiet except for the breeze though the pines...I hit like a ton of bricks thrown from the Empire State Building. Hey that was easy; only four more jumps, and I'm a paratrooper!

After one more jump that day, we run back up to the Airborne barracks at Fort Benning, Georgia. I'm in Delta Company 1/507th. Having just graduated Infantry School on good ole Sand Hill, I am with at least a platoon size of my buddies. One in particular, Clark, is a character from Seattle, Washington. The guy had nothing better to do than join the Army and see where that took him. In between serving time for high-speed chases across Washington State, and almost getting killed by his own dad for walking into the family business un-announced (AHEM...meth lab), he figured why not try something a little less dangerous.

Being from Georgia myself, I had my own vehicle there at Airborne School. A black 2002 Jeep Grand Cherokee named "darkie", my first ride. Clark and I often took it for a spin to my hometown on the weekend or around Columbus to see what kind of shit we could get in. Clark is notorious for getting to drunk and making outrageous claims about spaceships or how he can beat you in any event you think of. Plus, he likes to walk out on tabs...so usually Captain Shitstorm finds us.

That evening we decided to go to The Chop house in Columbus. Clark and I frequented this establishment. I heard the food was amazing, but we went for the beverages. The bartender, whose name has slipped my mind, was a hipster kind of guy. He wore a red goatee and one of those damn hemp necklaces, and he drove a 1979 Blue Chevy. Mr. Barkeep claimed he obtained a degree in bartending from one of the wacko colleges that specializes in such things. The steak house was small and sat in the corner of strip mall across from the fabulous Sheraton Hotel, where I had vomited many times in the past and even jumped in the hot tub with my clothes on, but that's a different story.

Clark and I sat there drinking a beer. He preferred German beer; I'm a Coors Light man myself. A shot was sitting in front of us, Jaeger-bombs no doubt; Clark would stroke the side of his shot glass like some perverted serial killer until it was time to drop the Black Death into Red Bull. I swear God smites a kitten every time one of those is drunk. Conversation in the establishment was entertaining as usual. Clark was trying to hit on a waitress who was way out of his league, hell out of his division; Clark wasn't much of looker back then, even less so now.

An unusual cat sat down beside us with jet-black hair slicked back and stripped polo on. He obviously knows the bartender as they exchange words, slaps, punches, and play grab ass a little longer. Meanwhile Clark is eyeing me, like "If you so much as slide a hand on me that's going to be it!" I have been known to throw a few lisps on my words to make the gayest man seem straight. Rex, the gelled-Guido grab asser, turns to us and says, "What are you soldier-boys havin?" Now I may have looked young, 19 at the time, but Clark was by no means a boy. Clark, in his usual forward manner, "Well...what are you buying?" I had another Coors, the grab-asser and Clark did shots of Johnny Walker...talk about a lush.

After some interesting conversation, we found out that Rex was a geologist for some institute that was going out of business, and I thought the business of being a rock whisperer was booming! Of course Clark in his infinite wisdom knew all there was to know about geology from volcanic ash to the sand in his vagina. Then as if Gabriel himself blew the golden trumpet, Rex and Mr. Barkeep looked at each other and wink. Rex turns to us, "Hey...do you guys play poker?" Now I am a hell of a rummy player, I use to beat one of my best buds every Sunday afternoon but I have never played poker; much less gambled for it. As I am sure you are imagining now, Clark once again in his most matter-a-factual tone, "Oh I'll murder ya...my knowledge of the game and the quickness of my hands...c'mon." I sat there pondering on the meaning of Clark's statement. It was too late though, the gauntlet had been thrown. "Well come on over, Mr. Barkeep will be joining us. I have ten beers and Kevin will be there too." Rex informs us.

I don't know who keeps the count of beers in their fridge, or who the hell Kevin is but before I could swipe my handy-dandy debit card, we were out the door, already at a BP gas station picking up a twenty-four pack of Bud Light; neither one of us keeping in mind that we have to do two maybe three more jumps tomorrow. No that never occurred to us. What a grave miscalculation.

Clark and I arrive at Rex's one-story brick suburban home. One of the older models you saw built in the 70' and 80's, a nice home for a Guido bachelor. The back door opened up into the outdated kitchen, a large wooden dining room table was in the dining room to my immediate right. The table should have given Rex plenty of room to count his beer on. Speaking of beer, low and behold, ten nicely arranged Bud Lights in the refrigerator. I'm no doctor, but I think someone had a touch of O.C.D. Only about five minutes had passed when Mr. Barkeep arrived. Rex had given Clark and me the grand tour of his lair, surprisingly not brandishing a plate of Fava beans and a nice bottle of Chianti.

If you haven’t been to war, or had someone close to you go to war, it’s hard to imagine what it is really like.  This book tells it like it is, with humor.  It made me laugh, cry, worry, be proud, and very, very thankful for every person who willingly agrees to protect and serve our country in the armed services.  This book gives a brief glimpse into the back story of war from the soldier’s point of view.  While to true horrors are glossed over, it is a great look at the day to day stuff soldiers deal with.