Nikki Spencer is all grown up, but the world still sees her as the little girl she used to be. She's ready to prove to her adoring public, and a certain rough riding rodeo champion, that sweet little Nikki isn't as innocent as everyone seems to think.

J.T. McCall has a reputation as a rough rider, both on the bull-riding circuit, and in the bedroom. So what's he to do when an innocent, like country crooner, Nikki Spencer, sets her sights on him? He plans to do what any good old country boy would do, save the lady from herself. But who will save J.T. when this little firecracker sets his world on fire?

As a publicist, Avery Collins knows that mixing business with pleasure is a recipe for disaster so she has one rule. Her bedroom is off limits to clients, no matter how enticing and persistent they may be.

Ty McCall is country music’s newest rising star, but he needs the best team in the business to help him make it to the top. That team includes Avery, the woman who gave him the most unforgettable night of his life only to disappear the next morning.

Avery agrees to work with him, but Ty isn’t willing to settle for a professional relationship with the woman of his dreams. Can this sexy cowboy convince her that rules were made to be broken?

Marisa Turner has wanted Luc Spencer forever, but she also wants a baby, and it seems Luc isn’t up to the challenge. She has to choose between the man she loves and the family she hopes to have. Fortunately, there’s another man waiting in the wings who would love to make her baby fantasy a reality.
Luc Spencer is tired of hearing about marriage and babies. He loves Marisa, but he’s not a forever kind of guy. After two years together, she tells him it’s over. He’s not worried; he believes she’ll be back. But what will happen when he finds out there’s another man waiting to take his place?
Amazon

Lexi Brooks has overcome adversity to build a successful real estate business that will enable her live life on her terms. The life she envisions includes travel, fun, and excitement, not marriage, kids or commitment. But will Trey’s sexy bodyguard throw a wrench into her plans?

Being a cop taught Josh Cooper to take calculated risks, but he’s tired of living with the daily threat of danger. He’s ready to settle down with someone who wants to be a step-mother to his two teenage sons. Too bad Lexi isn’t that woman.

She’s smart, sexy, and head-strong, and they’re totally in sync in the bedroom, but she isn’t willing to ‘settle’ for a life of domestic bliss. Or is she?

Trey Turner may be topping the country music charts but his life has been going downhill since his wife left him five years ago. He’s desperate to make amends for the mistakes he’s made and convince Sierra their love deserves a second chance.

Sierra Brooks is happy for the first time since her divorce. She has a career she loves and a fiancé who loves her.

Unfortunately, her fiancé isn’t the only man professing his love. He may be able to offer her safety and security but will she decide to risk everything for another chance with the man who broke her heart?

It took me thirty-seven years to decide what I wanted to be when I grew up. I thought I'd found my calling. In fact, I worked as a nutritionist for twelve years before I finally admitted to myself that while I enjoyed my work, I couldn't imagine doing it for the next thirty years. 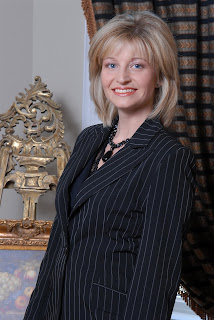 My sub-conscious knew that I wanted to be a writer long before the conscious part of my mind decided to get with the program. While my sub-conscious was hard at work creating character profiles, plots and storylines, my conscious mind was telling me it was crazy to give up a successful business on the off-chance one of my manuscripts might rise to the top of someone's never-ending slush pile. After years of listening to that negative voice, I was finally ready to stop making excuses, face the fear and follow my dream of becoming a full-time writer, no matter the outcome. I'm so thankful I did.
I love bringing my characters to life and I am so grateful to have readers who love those characters as much as I do.
When I take a break from writing it's to spend time with my husband (a.k.a. my real life hero), my son, and my writing partner, Tia, a spirited Havanese who enjoys tapping her paw on my keyboard whenever I need a little comic relief.

The Nashville Nights Series is seriously hot.  These cowboys and girls are sexy, irritate each other, and then have lots of luvin’… sexy!

In this book, Nikki is the daughter of country music starmaker Luc Spencer.  Luc didn’t raise Nikki but they reconnected when she was a teenager and became close.  After college (his choice she finish not hers) she starts touring as the opening act for country music act, Ty McCall.  Ty has been her friend for years, but it’s his brother J.T. that makes her heart go pitter-patter.  They crossed paths when she was 15, but five years later she is not a little girl and she wants to make sure he knows it.

J.T. is a champion bull rider, and he has a bevy of “buckle” babes… or at least that’s what his brother calls them.  J.T. is a love ‘em and leave ‘em kind of guy.  He has never had a relationship that was more than a night or two.  He likes his relationships kinky and short.  But Nikki has his knickers in a twist.  All she wants is a hot night… one night.  That should be perfect for J.T., but something about Nikki makes him want to hang up his spurs in one place.  Can the ladies’ man become a family man?  And is the lady willing to keep him for more than a boy toy?

This book is hot and sexy.  Very, very sexy.  I give this book… and the series… 4 out of 5 clouds.  And a chili pepper rating of 5.  There are some