It's 1987, and 16-year-old Carin White desperately needs her first job.  An elegant woman she's never met appears at her door offering employment.  "Aunt" Helen asks Carin to work for her on the family's rambling, enigmatic estate in the tiny resort town of Eureka Springs.

IN A WORLD WHERE NOTHING IS AS IT SEEMS...

Carin takes little notice of Rafe Allen, Helen's other hired help.  But a brutal assault forces Carin to confront her own capacity for violence.  Carin learns her mother concealed her identity from her, and the mansion hides horrific secrets of its own.

AND ONLY LOVE CAN SAVE HER.

Carin exposes the truth about her presence on the estate.  Will she be strong enough to recognize love and redeem her family legacy?  Or will the temptations of power and control lure her to the same dark places where others lost themselves?

This novel is NOT about werewolves, vampires, or fallen angels.  It is a story about magic.  The gothic Mallace Mansion lives and breathes as a character, and only one woman controls its Legacy.  Is Carin the one? Read OPEN DOOR to find out.

This novel does NOT have a cliffhanger ending.  The author does not believe in them.  The story is complete in itself, and the ending points the way to a new storyline for IN TIME, the second novel in the Legacy Trilogy due out this Halloween. 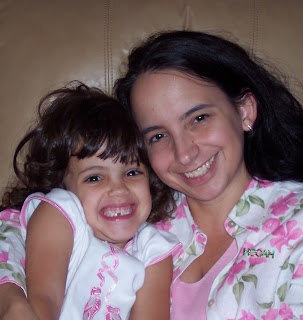 Christine Locke was born in California and grew up in various locations around the United States as a Navy brat. She was the oldest of six children and today is mother and step-mother to seven. She attended Texas A&M University, receiving her Master of Arts degree in Comparative Literature in 1995.

Christine has worked as a writing instructor, a salesperson, and an award-winning retail manager and management trainer, among other things. Today, she co-ordinates makeovers for a local magazine. She and her husband, Mike, live with their children, two dogs, and two cats in Arkansas.

For years, Christine has been writing novels around her work and family life. Open Door is her first published novel. Several other manuscripts are almost ready to follow Open Door onto Amazon KDP, including the Open Door sequel, In Time.

Amazon
Other Tour Dates:
October 26 Guest blog
YA Between the Lines/
http://yabetweenthelines.blogspot.com

October 26 Guest blog
For The Love Of Film And Novels
http://www.fortheloveoffilmandnovels.com/

Open Door
The Legacy Series, Volume One
for my husband, Mike
Chapter One
December 1987
Matthew Thomas did not know the reason for today’s invitation.  His briefcase contained little more than paper and pens for note taking.  The lines around his eyes deepened as he recalled the quiet strain in Miss Anne’s voice when she called.  “Come to the Estate at seven o’clock this evening, Matthew, or whenever suits you best, of course.”
Matthew knew when Anne Mallace said, “come at such-and-such a time or whenever suits you,” it meant, “come at such-and-such a time.”  However, he understood her care with words.    Each exercised caution with the other in the years since Matthew took over the small legal practice from his father.
Their firm served the legal needs of the largest local estate and its family, among other clients.  In fact, his family had taken care of the Mallace family for as long as anyone knew, for as long as there had been a town with a courthouse and a need for attorneys.  They worked quietly, never engaging in politics or local intrigue as colorful characters came and went in the small resort town since before the Civil War.  The lawyers of Thomas and Son wrote the wills and handled the more quiet divorces, adoptions and minor legal troubles of many of the town’s less flamboyant, permanent citizens.
Now, on the veranda, Matthew faced an unprecedented puzzle.  He shook himself again, warding off an odd but familiar sensation, stronger now than he had ever known it to be.  He breathed the uncharacteristically cold December air.  The still freeze had already begun; icy air crept right through his jacket and up the hems of his trousers. Yet he hesitated, not lifting a hand to the knocker.  Matthew stood before an open door.
Miss Anne never left the door ajar.  Given tonight’s weather, it was an unsettling find.  The towering oaks at the front of Mallace Estate’s grounds cracked with the plummeting temperature, groaning with the change.  Matthew lowered his chin, fighting the urge to look up.  He resisted his desire for the driver’s seat of his large black sedan and the quick drive to his own comfortable home.  He was here.  He was invited.  He must go in and find Anne; she was nearly ninety and could have come to harm.
This thought--and all the courage he could summon—enabled Matthew to cross the threshold of Mallace Mansion.  He grasped the great door handle in his firm grip and swung the door, expecting the squeak of old hinges to announce his presence.  The hard sole of his shoe trod the stone floor of the arched entry sending soft echoes throughout.  He scanned the darkness within.  The hall was very cold, as cold as the veranda.  Matthew, worried now, closed the door and turned up his collar.  He had little light by which to investigate.  His misgivings increased as he found the light came from one small lamp in the front living room, just around the corner to his right.
Perhaps she is asleep, he thought.  He cleared his throat.  “Miss Anne,” he announced, “It’s Matthew.  I’ve come, just as you asked.”  No one answered.  His throat closed a little and a chill other than the winter’s air rushed up his spine.  It tingled the back of his neck where his hair grew gray.  He stepped into the living room.
Anne might have slept in the chair where she sat, but he knew this was not the case.  The fire dwindled under the andirons, yet her lamp still burned beside her.  Her left hand, frail and thin, rested on the arm of her chair, stretched gently toward the little table.
Crouching down so that his head was lower than Anne’s quiet face, Matthew lifted the page of her stationary from the table just beyond her fingers.  His name was etched on the outer fold in her old-fashioned handwriting.
“Matthew,” it said inside, “You are welcome to invite all you will find necessary to take care of things.”
This did not surprise him.  His father taught him, years ago, to expect something like it.  “We all do this once, my son,” Mr. Thomas explained at the time, “Pray it is no more than that in your lifetime.”  Yet the second part of Miss Anne’s note gave Matthew unanticipated concern, considering his responsibility and his peculiar situation.
“As for the other matter,” she wrote, “you will not find her.  Henry will, but you must not ask him.  There is too much danger.  Watch for her.  Watch for her mother.  Come to them when they are together in this house.  I invite you.  Anne Mallace”
Matthew called the doctor and closed up the mansion.  He filed papers and made certain inquiries.  Always, in the months that followed, Matthew Thomas kept the final words of Anne Mallace in the breast pocket of his suit.  Through all that would happen, he pondered her requests, and he watched.

Book Review:
I loved this book.  The magic of the house was charming.  The Mallace family may or may not have multiple members.  No-one is exactly certain… but you’ll have to read the book to find out why that is.  Anne Mallace leaves her attorney Matthew a cryptic note on the night she dies.

This product or book may have been distributed for review; this in no way affects my opinions or reviews.
Posted by Wall at 2:37 AM