Drake and Kelsie quickly discover life won't be quite the same after getting their new abilities, but they hope everything will settle into a sort of normalcy. It doesn't take long for them to realize it's not the kind of normal they were hoping for.

When Kelsie joins Drake for a routine Hunt, they end up stumbling upon an underground bunker that hasn't been opened in nearly a century. When they meet a far-too-friendly ghost, it should be their first indicator to leave things alone and get out of there. Never ones to resist the opportunity for excitement or mystery, they end up in a situation that could cost them dearly–threatening not only everything they've worked for, but their very lives!

Drake's world is turned upside down. A mysterious new girl seems intent on capturing his heart, but that's not all she's after.

Kelsie faces betrayal by the one she holds most dear, only to meet someone new who could change her entire existence; past, present, and future. If only she can stay alive long enough to find out the truth... 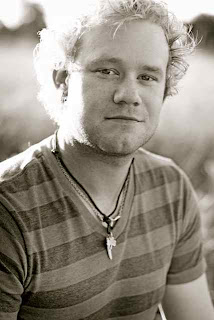 London Cole is an author of Paranormal Young-Adult novels and novellas. He resides in the large and highly over-heated state of Texas, though he is not originally from there. London was born in the Pacific Northwest, growing up on an Island very near Canada. That means that he is known to slip up and occasionally use words like “ehh” and pronounce “about” like “aboot”.

Growing up, he always wanted to write but never really knew where to start. Then he got sucked into classical music, against his will, at an early age. Unlike many, he never had imaginary friends as a child, though since he was born into a navy family, the constant moving made him a loner. It was easier to be a loner than try to make new friends all of the time. Being a loner, and having been forbidden from watching TV by his loving but sheltering mother, he turned to creating stories to entertain himself out of sheer boredom. Creating stories became a large part of his life to the point that he started narrating everything he did and conducting dialogue between multiple characters while in the shower.

When London wasn’t writing stories, he was reading them. He went through dozens of books a month, mainly mysteries that his mom checked out from the library.

Once he got older, after high school and college, he started to take writing seriously. He became more confident in his writing, and now, here we are today.

A post-apocalyptic paranormal romance.  Wow!  I love that this story takes place in a world that has been destroyed and where humans are eking out an existence and fighting mutants and paranormals, only to have a crisis turn one into a Gentry.  Love the new mythology that is presented in the book and the twisted familial ties that are revealed.

This is the second book in the series, and I didn’t read book one prior to writing this review.  That being said I was able to follow or deduce everything needed to fully understand the story without reading book one.