Giveaway and Book Review of Forgive Me Alex

Tony Hooper stands in shadow across the street, one amongst many in the crowd of curiosity-hounds gathered to watch a monster's release. Seventeen years after Mitchell Norton, the devil, terrorized Algonquin, Illinois on a spree of kidnapping, torture and murder, the authorities release the butcher from psychiatric prison.

Tony longs to charge across the street to destroy Norton--no remorse--as if stepping on a cockroach. Only sheer force of will prevents his doing so.

The devil walks the world again. What shall Tony do about it? Aye, what indeed.

After all, this is what Tony does. It's who he is. The devil himself long ago made Tony into this hunter of monsters. What a sweet twist of fate this is, that he may still, finally, administer justice.

Will FBI Special Agent Linda Monroe stop him? She owes him her life, so how can she possibly put an end to his?

Tony Hooper and Mitchell Norton battle for supremacy, with law enforcement always a step away, in this story of justice and vengeance, evil and redemption, fear and courage, love and loss. 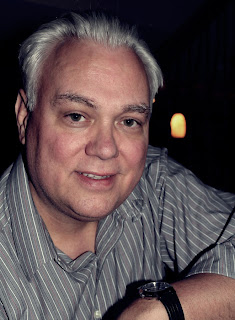 I write fiction, long and short. My writings cross over many genres and focus on diverse subjects, ranging from the mysteries of the human mind, with its fragile psychological and emotional states, to the everyday joy and anguish of life on Earth.

I've been an avid reader my entire life, and started writing at the age of 12. I love a good story, of course, a compelling plot and satisfying conclusion. Yet as a reader, I've always been drawn to great characters. The characters bring me back to an author time and time again. This shows in my writing, where I attempt to create authentic, complex, real characters you can come to love, and in whose company you feel at home. Or maybe you'll despise a character and want to stick a fork in his eye. Hey, bad guys are fun too!

I did my tour in the real world, serving in the U.S. Air Force, then working as everything from a forklift operator to a bartender in my youth, before settling in as Business Services and Project Manager for a large manufacturing and distribution concern. Now, at long last (Man! Why did I wait so long?), I'm putting pedal to the metal in pursuit of the author's life.

After many years as a Freelance Editor, with several clients published or aspiring to be so, I co-founded Evolved Publishing, where I wear hats as Publisher, Executive Editor, and Author. As an author, I started with a few short stories, and released my debut novel, a psychological thriller called "Forgive Me, Alex," in December 2011. The sequel, "The Devil's Bane," is under way and due Spring 2013.

FORGIVE ME, ALEX
A novel by
Lane Diamond

This book is written from the point of view of two antagonists, Tony and Norton.  These two men’s lives are inextricably entwined whether they like it or not.  The story is told in a series of clips, like journal entries or flashback clips, in altering viewpoints.  In this manner we see the story from each person’s point of view.

The story is difficult to read as the topic is a hard one, but it is well written and intriguing.  I found it hard to read at times due to the graphic nature of the subject, but I’m glad I stuck to it and finished it.