Giveaway and Book Review of The Thing With Feathers

Giveaway and Book Review of The Thing With Feathers

It was the ugliest photo he had ever seen.
And nothing would be the same again.

As the inhabitants of Cloverdale, Oregon, welcomed in the twentieth century, they were not unaccustomed to hard times and thorny situations. Small communities banded together for protection and hope. Heroes and villains were often difficult to decipher.

When an itinerate Baptist preacher arrived with his baby daughter and a wife lost on the trail, there was no one prepared to suspect what lurid secrets and heartbreak he might be concealing. As the preacher sets his sights against those who might oppose him, the names and the lives of the good people of Cloverdale may not be spared.

Yet in the midst of the machinations of a mad man, virtue and valor can persist. The Thing with Feathers is known to fly through wars, depressions, and natural disasters. Will the Marshall clan and the good people of Cloverdale find it in time? 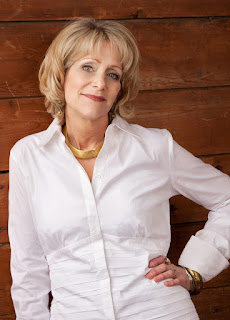 ANNE SWEAZY KULJU has won awards for editorials and honors for short stories, but now she writes historical fiction adventures, exclusively. Her debut novel, “the thing with feathers,” was released by Tate Publishing in September 2012. Her book, “Bodie,” a total thrill ride, is expected to release in early 2013, and she is currently busy on her next book, “Grog Wars,” set in 1850’s Portland, Oregon, the Shanghai capital of the world. Anne lives near Pacific City, Oregon, and divides her free time between the beach and Mount Bachelor. Readers may learn more about Anne and correspond with her on her website.

The first thing she saw was the money. She raised her eyebrows at him. He shook his head no again. That wasn’t what he wanted. Then she found an envelope folded in half. It was pale pink, badly faded, and worn from handling. She took the letter out, and her eyes went immediately to the bottom of the single sheet of paper with the beautiful penmanship. It read, “All my heart, Cindy.” Rebecca was both curious and a trace jealous. She read the letter and looked up at the man in the bed.
“Sean...?”
His arm wavered again, pointing to the box. There was more. Rebecca looked again at the contents. There was a photograph, quite old from the looks of it, probably worth a fortune if it was one of Sean’s earlier photos. She took it gingerly by the edges and brought it up close to her face so she could see it clearly.
“Oh!” She put the photograph back in the box as though it could bite her. She looked at Sean somberly, tears brimming in her eyes. “I never…oh, Lord, Sean.” Her voice cracked.
“Beck-wheat, once I knew, what could I do? But I should have burned that photo years ago. And I would have, but it was the only proof I had. That doesn’t matter any more. I don’t want Victor to see it. Please take care of that for me.” He stopped to catch his breath and stem off a coughing fit. “I want him to have the letter, though. He has so little to remember his mother by. Please see that Blair’s portrait goes to him, too. And the watch—he should have the watch. It was Blair‘s most prized possession.”
“I’ll see to it, Sean.”
The photograph explained everything. She took hold of his hand to calm him and squeezed it. She loved that man. She always had. But fate had other plans for the two of them. Together, they had tried to save a young girl’s life. Rebecca was only now learning of the role she had played all those years ago. She remembered it like it was yesterday. So did Sean, and he began telling her the things she hadn’t known. His voice came bursting out between coughs like the spat of machine gun fire. It would be a long and difficult story for him to tell, but it was time he told it to someone. It was only right that the someone be Rebecca.

This was the best worst book I’ve read in a long time.  By that I mean that it was an excellent book; well written, intense and driven.  The story was gripping, involved, and moved me to tears, laughter, and more.  However, the underlying storyline, the story that Sean tells Rebecca, is hard to read.

The story reminds me of one of my former jobs as a Child Welfare Services social worker.  It is the long sad story of Blair/Cindy and the horrible abuse she endured at the hands of or because of the person who first should have protected her, her father.  Although I think a different name should be applied to men who abuse children.

It is also the story of how one good man suffered because he made a choice to make a difference.  I can only pray that my children turn out half as good as Sean (and pray that they do not have to suffer like he did for doing the right thing.).