Giveaway and Book Promo for Feathered: being a fairy tale

Book Promo for Feathered: being a fairy tale
Sponsored by Pump Up Your Book

Welcome to Tom Weston's Feathered Book Blast! Here's your chance to win a $25 Amazon Gift Card or Paypal Cash PLUS an autographed copy of his new fantasy, Feathered: Being a Fairy Tale! Feathered is the 3rd book in the Alex and Jackie Adventure Series and we're so happy to bring you not only a great giveaway but tell you all about Tom and his new book.  This giveaway is open to U.S. and Canada residents and ends on March 29.


Whenever Alexandra Caroline O’Rourke, AKA Alex, met with trouble, she generally blamed her younger sister, Jackie. And Alex’s sudden engagement to marry a Viking prince, against her will, probably classified as trouble. If nothing else, a wedding held in 11th century Ireland would make it difficult to invite her friends from San Diego. Regardless of blame, Jackie was the only person who could help Alex, but Jackie was still in the 21st century. And Jackie had her own problems, which included uncooperative fairies and strange songs which only she could hear. But most of all, if Jackie could not find a way to make it rain, marauding Vikings would be the least of their worries, because this is Feathered: being a fairy tale and this is an Alex and Jackie Adventure. 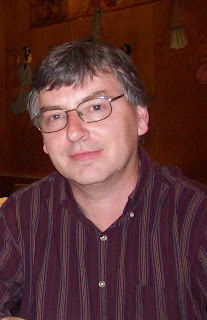 Award winning writer and film-maker, Tom Weston, returns to the fantasy genre for his 3rd novel in the Alex and Jackie Adventure series, FEATHERED: BEING A FAIRY TALE. Originally from England, Tom now resides in Boston, Massachusetts. Before turning his hand to fiction, Tom had a successful career as the CEO of a consulting company, conference speaker and writer of industry articles and business books. But determining that the business world lacked a sense of humor, Tom decided to hand in his jacket and tie and instead turned to the world of literature. His novel, FIRST NIGHT, set in Boston during the New Year’s Eve festival, introduced the unlikely heroines, Alex and Jackie, and the ghost of a 17th century Puritan named Sarah Pemberton. FIRST NIGHT won an Honorable Mention in the Middle-Grade/Young Adult category, in the Writers Digest 17th Annual International Self-Published Book Awards. The sequel to FIRST NIGHT, called THE ELF OF LUXEMBOURG, was published in January, 2010. As with FIRST NIGHT, THE ELF OF LUXEMBOURG is also a supernatural mystery, with a blend of humor and history that has become Tom’s trademark. Following the publication of THE ELF OF LUXEMBOURG, Tom turned to the medium of film to produce and direct the award winning animated short, THERE BE MONSTERS!, based on one of his TALES FROM THE GREEN DRAGON TAVERN. Tom also wrote the critically acclaimed and award winning, Historical Fiction novel, FISSION, based on the true life story of scientist, Lise Meitner. Tom is now working on a new animated short called DANCING DAISY DAY.

And now for the GIVEAWAY!!! Fill out the Rafflecopter form below for your chance to win a $25 Amazon GC or Paypal Cash and an autographed copy of his book, FEATHERED!!!
(Ends March 29, 2013)