Discovering new words is fun for all ages. That is, if you like to feed your brain. 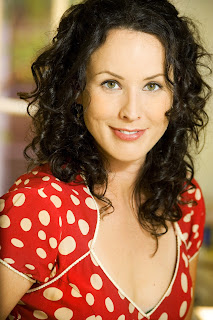 Younger kids are very curious about new words and will repeat and use the ones they like.  So instead of poo poo words or repeating parents’ bloopers, why not introduce kids of all ages to great vocabulary?
When I first began writing about the character Tilda Pinkerton I noticed how she spoke to many different age groups with her whimsy wisdom from the elderly to the toddlers.
The first book series is The Adventures of Tilda Pinkerton that explains where she came from and what caused her to begin creating magical hats. The ‘big books’ are filled with rare words that are hard to spell, difficult to say and titillating to the tongue and the mind.
After that first book I realized that Tilda could reach much younger readers too with easier words – even in large print.
I wrote Book One of chapter book for K-3 readrs, Tilda Pinkerton’s Magical Hats.
When I heard my two-and-a-half-year-old nephew repeat the word “iridescent” and was able to relate it to an iridescent peacock puppet, I was hooked. Hearing his little voice sound out ir-i-des-cent stuck with me and kept reminding me that little ones are much more clever than we imagine, something that Tilda Pinkerton knows very well.
In order to capture all aspects of the complex Tilda Pinkerton character, I placed her adventures and her teachings in different book series.
So the more you learn to read, the more you are able to find out Tilda Pinkerton.
The chapter books have very extensive glossaries, the first one with 344 words!
To add even more fun, there are puppet videos (sponsored by Folkmanis puppets!) to
teach the bigger words on http://magichatshop.com/

When little ones read the K-3 Magical Hat books, they become intrigued about where Tilda came from.
To find out how in the world Tilda got to Earth, you have to journey through the gigantic words in the big books where you learn that she is originally from the very fitting Sombrero Galaxy.
Here’s a bit of the first meeting of Tilda in the chapter books:

…there stood Tilda Pinkerton, spectacular in her long green coat with shimmering green beetle buttons. She smiled down at the children, who were too amazed to speak.
“There are many, many more where these come from; hats can be so much fun. Some are meant for mere mice, some are as big as the Heidelberg tun—that’s a whale,” she winked at Madison. As Tilda spoke, Albert could not tear his eyes from her hat. She sported the strangest, most elaborate chapeau: before him was an iridescent green top hat with a fish tank in its center. A bubble-eyed orange-gold fish with sunglasses stared back at him, unblinking, from the water. “That’s Frank the Fifth; he’s a hotshot at sniffing out fact from myth, so try not to lie, he’s easily miffed,” she explained.

What words were easy and what words were harder? It makes it even more of an adventure when those of us reading to little ones get to learn new gems along the reading path too!
This product or book may have been distributed for review; this in no way affects my opinions or reviews.

I have to say that my children always knew the big words and how to correctly use them, as does my niece, so it’s nice to see someone acknowledge that children are a lot smarter than most people give them credit for.  This just makes me love Tilda that much more. J
Posted by Wall at 3:30 AM