Book Review of Equinox~ The Second Book of Ascension

Equinox – The Second Book of Ascension

Can you see the story breathing?
The Keep
The most beautiful city on the great Mountain
The pinnacle of Maelir culture
The home of the Inner Sanctum
The place where secrets hide

The fate of the Mountain hangs in balance at the time of Equinox, and even the Keep can no longer remain untouched. The Maelir are desperate to defend it, the Faemir to demolish it, the windriders to claim it. But unknown to them all, a dark force has already emerged from the chaos to seize power.
As Atreu and Verlinden strive to decipher the power of the Talisman that has defined Atreu’s Ascent, Teyth and Valkyra are locked in a desperate battle that neither of them can win. At a time when darkness and light are in perfect equilibrium, when Maelir and Faemir must find a way to break the deadlock and avoid annihilation, the world’s fate lies in the Book of Ascension.

Eclipse – The Lost Book of Ascension
Can you see the story breathing?
What happens if after the winter solstice, the days keep getting shorter?

And shorter?
Until there is an eternal night?
What happens as the darkness grows?
And the creatures of dusk take control of the Mountain?
And the quest for the third Book is the only hope?
The Mountain is in its death throes as the Nazir send their wraiths to finish what the dusk-rats and grale had begun. Soon there will be no daylight to protect the Maelir and Faemir, and with each twilight there are fewer places to hide. Will the Mountain finally collapse under its own instability or will Atreu and Verlinden’s descent find the words of salvation in the Lost Book of Ascension?

Zenith – The First Book of Ascension

Can you see the story breathing?
Imagine
A mountain so great it takes a year to travel from base to summit
A sun so powerful it drives you into madness if you look at it
An ascent so vital it determines the fate of the world
A summit so precious it holds the key to the divine
The world of the great Mountain is unstable. Giant pillars erupt from the surface and yawning chasms form unpredictably underfoot. Since the Maelir first stood on its slopes in the distant past, they have sought to still its anger and control its power. Each year, twin brothers are chosen to make a perilous journey to the summit. If they survive they will be witness to Zenith, and the secrets will be revealed to them.
When Atreu and Teyth embark on their Ascent, their Talismans lead them onto conflicting paths that will ultimately set brother against brother. And this time the Ascent itself is in peril as unknown forces that have long craved the power of Zenith will stop at nothing to make it their own even if it means destroying the very thing that sustains all life the Mountain itself. 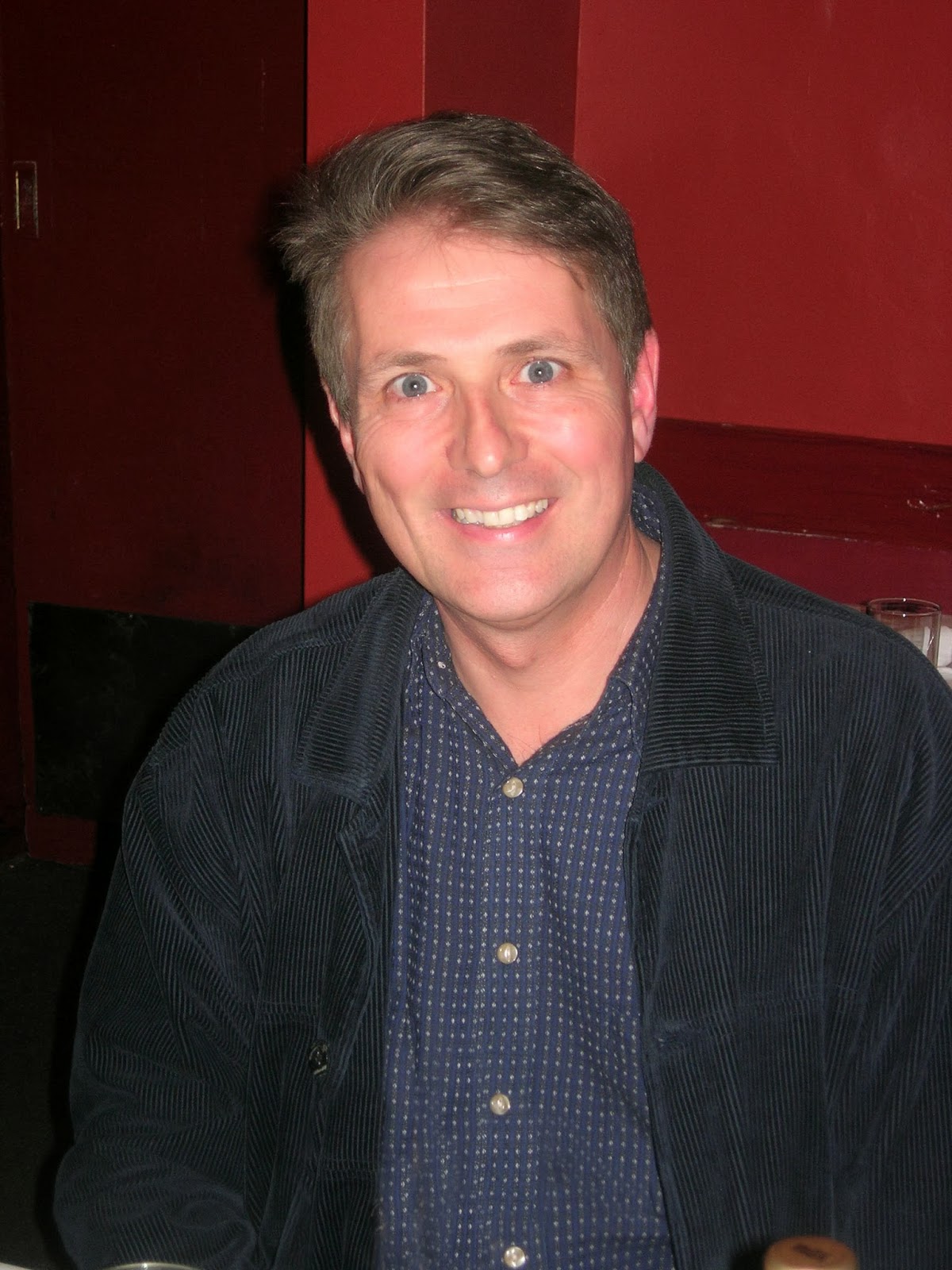 Dirk Strasser has written over 30 books for major publishers in Australia and is an Active Member of the SFWA. He has won multiple Australian Publisher Association Awards, a Ditmar for Best Professional Achievement, and has been short-listed for the Aurealis and Ditmar Awards a number of times. His short story, “The Doppelgänger Effect”, appeared in the World Fantasy Award-winning anthology, Dreaming Down Under. His acclaimed fantasy series The Books of Ascension – including Zenith and Equinox – was originally published by Pan Macmillan in Australia and by Heyne Verlag in Germany and has been re-published by the Macmillan Momentum imprint, this time including the “lost” third book. His fiction has been translated into a number of languages. His short stories include “The Jesus Particle“ in Cosmos magazine, “Stories of the Sand” in Realms of Fantasy, and “The Vigilant” in Fantasy magazine.  His most recent sale was “The Mandelbrot Bet” to the 2014 Tor anthology Carbide Tipped Pens, edited by Ben Bova and Eric Choi. He founded the Aurealis Awards and has co-published and co-edited Aurealis magazine for over 20 years.

Praether felt a strange tingling down his back as he unlocked the last chamber of the librum. It was as if he was suddenly given a vague awareness that something had just changed, or was about to change.
He opened the door and walked in.
‘I thought you would be here,’ he said.
An old man stood ankle-deep in dust by the bookshelf. He looked up from his reading and half smiled. It appeared as if a grey mist had started to snake its way up the Reader’s body.

‘Wait,’ cried Praether. ‘Don’t go.’
The mist continued no further.
Praether gasped. ‘Something has changed,’ he said, more to himself. And then to the Reader: ‘Why have I been able to stop you disappearing this time?’
The Reader raised his eyebrows as if to say, I think you know.
Praether shivered. ‘No … no I don’t.’
The Reader motioned the arch-librer to come closer.
Praether walked slowly towards him, kicking up small swarms of dust with each step, until he stood so close he could have reached out and touched him. The mist started to twist its way up the Reader’s legs as he slowly handed Praether the Book of Maelur.
‘Tell me – please,’ said Praether. ‘Tell me what has changed.’
The mist continued up his torso, and his body began wavering in front of Praether’s eyes.
‘Please, wait,’ cried Praether.
The Reader opened his mouth. ‘Read,’ he said, and Praether drew a sharp breath – it was the first word he had ever heard the old man speak.
The arch-librer watched the mist claim the remainder of the Reader’s body. As his face faded, Praether could still make out the strange half smile. For a brief moment it was as if a human-sized cloud floated just above the floor, and then it dissipated into nothingness.
The tingling sensation Praether had felt on entering the room now shot through every nerve. As he looked down to read the words on the page, he knew what had changed.
Somehow, in some strange way, he had become part of the story.

This is a very difficult series to read.  It is, at times, difficult to understand and at other times shows great truths.  I read it and find myself wondering if I like it or not, which is a strange way to read a book...at least for me.  I am finding great truths and intersting ideas, but also leave the reading very confused.  It is one of the few books that I cannot sit and read for long periods of time.

I recommend reading these books for yourself.  I give this book 4 out of 5 clouds.  It is well written and really makes you think for yourself.