The President’s wife has a premonition, setting in motion a transatlantic story of love, sex and betrayal.
Set against a backdrop of drug dealing, covert political manipulation and murder the Muffin Man is an authentic and atmospheric tale from the 1970s. Based on real events, the story begins with a premonition that leads to the formation of a secretive political organisation. The plot unfolds in twists and turns through the ordinary lives of innocents who are sucked into an accelerating and dangerous vortex of drug dealing, assassination and murder.
A former high-flying US Army Colonel, his alienated daughter, an accidental drug dealer, his beautiful but manipulative girlfriend and a corrupt police inspector all become sucked into the secretive organisation, initiating a succession of assassinations. Rewards lead to arrogance and an early death, or do they?
The “Muffin Man” motion picture is under development by Analytical Media.  The scripting is now complete so expect further announcements soon.
Praise for Muffin Man:

“The Muffin Man is an authentic and atmospheric tale from the 1970s, mostly set in the UK and the east coast of the USA. The tale begins with a premonition that leads to the formation of a secretive political organisation, but the story unfolds in twists and turns through the ordinary lives of innocents who are sucked into an accelerating and dangerous vortex of drug dealing, assassination and murder that leads up to the present day.  Solid writing and interesting plot. Good characters, dialogue and pacing. Worth a read.”-James A. Anderson, Author of DEADLINE, and The Scorpion
“I really liked the era the book was set in and enjoyed discovering the personalities behind various characters. My favourite was the inspector.”-Amazon Reviewer

“The novel is a complex story about the damaging effects of war on an individual and his family. One of the main characters `Ed’ has demons to wrestle with and this alienates him from his daughter `Anne’, who ends up running away and unknowingly working for her dad’s secretive organization. There are several complex relationships throughout the novel, which all gravitate around drugs, sex, politics and cross between countries over time.  My favorite character was David as he was likeable and reminded me of similar people I have met in my own life. I can only hope that their private lives are as intriguing and complex. All of the main protagonists were believable and were well developed.  The story bounced back and forth between the UK and the US and there was sufficient twists and turns to keep you turning the pages.  I particularly liked the ending and certainly didn’t guess it until the last few pages. I would recommend this book to readers who enjoy political themes, complex relationships between characters and twists and turns.  I would certainly consider reading more books by this author.”-Lisa C., Amazon Reviewer 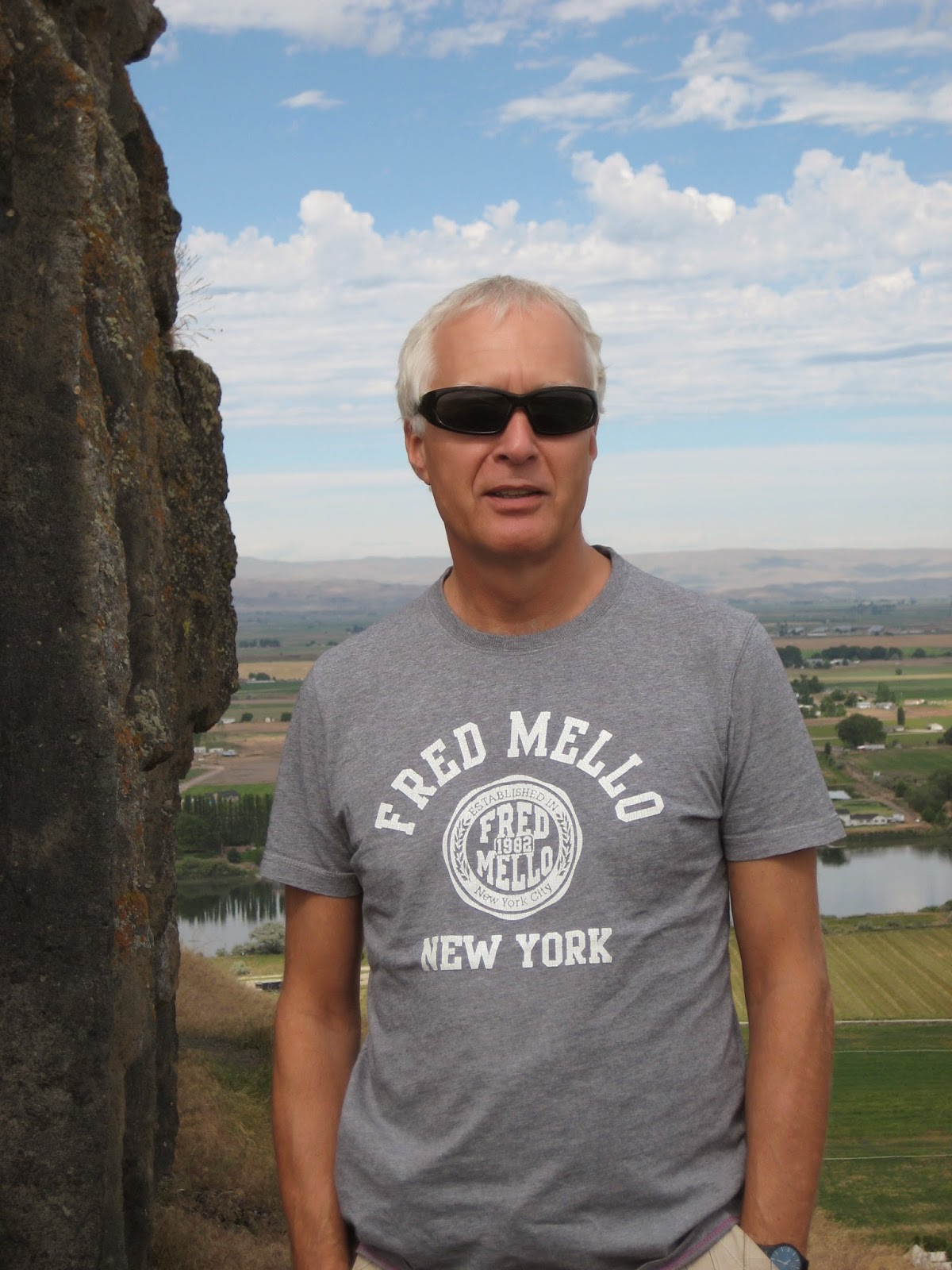 Stephan Collina grew up in the 1970s: a troubled time of recession, poverty, industrial disruption, political tension and terrorism. But for younger people, it was also a post-1960s wide-flared, drug-enhanced and extravagant-haired innocence.
Stephan later became a prominent businessman, acquainted with a number of high-ranking politicians. Stephen ran international technology businesses, spending a great deal of time in the USA and various European and African countries.
The Muffin Man grew from a combination of these unique experiences: his early knowledge of the sometime innocent business of drug dealing (although he never inhaled), and of the much dirtier businesses of covert political and military action, and of international business practices.
Stephan’s first novel explored the nefarious and complicated emotional and sexual relationships of a remote village in Wales, where he had spent his early years.
Stephan holds a degree in Philosophy. He is also a qualified commercial ship’s captain. He now lives quietly by the sea, and concentrates on his writing and related filmmaking activities.
Website: http://www.stephancollina.com/muffinman.html
Facebook: https://www.facebook.com/stephan.collina
Twitter: https://twitter.com/stephan_collina

Super creepy concept about who and what are behind world events.  The basic premise is that war is horrible and damaging to people and that some people end up irrevocably change in a not good way by what they experience in war and that this impacts their whole life, including their families.  It is also a story about redemption as some characters are able to rise above their past and become better people.  It is definitely a book to make you think.

I give this book 4 clouds and strongly recommend that everyone who has ever been impacted by war and destruction read the book.

This product or book may have been distributed for review; this in no way affects my opinions or reviews.
Posted by Wall at 10:15 PM