Giveaway and Book Review of Possession Of My Heart: The Three Immortal

Book Review of Possession Of My Heart: The Three Immortal

Possession Of My Heart: The Three Immortal Blades by Kia Carrington-Russell 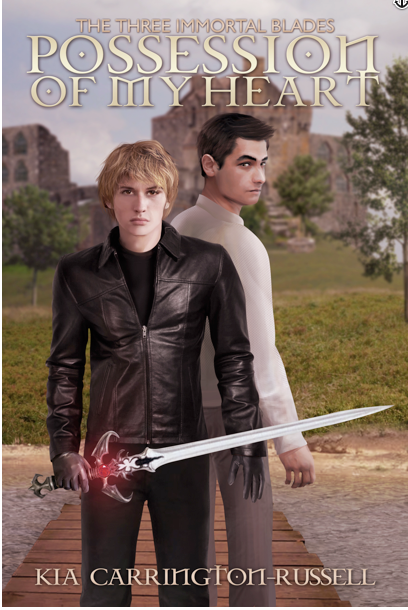 After the great fight between Tyran and Misfeata, Karla’s body is recovering. Misfeata has manipulated and possessed her body — now, she lies dormant. But for how long?

Paul and Karla continue to venture into the unknown. Karla is in pursuit of her parents, as well as a cure for her body in which Shielder blood now resides. She must find a cure for herself both physically and mentally as she struggles with the morals of this very different world.

As Karla tries to avoid the war, she inevitably drags Paul into dangerous circumstances. A rare Elemental Breather is after Karla and out for war, but why? Now, not only combating the Starkorfs, Karla must contend with the Elemental Breathers and her own fighting spirit.
In this time of hardship, Lucas comes back into her life. He is also targeted by the strange Elemental Breather, Taskatae, who calls herself ‘Mother.’ After his betrayal, Karla must learn to trust him again as he reminds her who she truly is now.

Can she survive the constant battles from not only the physical world but from within? For a while Misfeata is dormant; Karla must try to keep hidden her true feelings. Karla is in turmoil as she faces who may truly possess her heart.

Authors link- https://www.goodreads.com/author/show/7949493.Kia_Carrington_Russell
Possession Of My Soul (1st one)

They’re after the blades, I realized to myself, searching for where Aeisha once was. I looked down at her paired blade in my hand, summoning the energy it possessed. I could sense her partnered blade — it was not that far from here. Was the girl a distraction?

As if hearing my annoyance, Ashley ran over to me as the Starkorfs all began to flee behind the small girl that took Paul’s knife, which held no significant power to it, why run away with it? Plus, they had Aeisha’s other blade.

“They’re here for the Immortal Blades. Chase them and find that girl, find out who sent them,” I shouted.

I felt Aeisha’s pulse once more from whoever held it and ran with my blade. The girl that had taken Paul’s knife must have been a distraction. I ran into the direction where Aeisha called to me. It did not take me long to run past only eight houses until I found the four Starkorfs that ran from me. The one in front was holding Aeisha.

They quickly turned to face me as another arrow shot for me, this time breaking through my Shield and into my shoulder. I winced at it, holding my hand firmly to the injury. How did it get through my Shield? I felt the pulse of Tyran and then the shiver of Misfeata coming to the surface. But how is Tyran close, does that mean Nathanial is behind this ambush and close by? Have they been following us this whole time or is Lucas working with him, telling him of our location?

“Get out!” I screamed ripping at the arrow and tearing it from my shoulder. Pain stirred in my wound more than usual. What does this mean? Is Nathanial absent, but still leading this ambush?

I projected my Shield once again as orange ripples swirled around me, only to be broken by another arrow that shot into my leg. I screamed once more in anger as I felt my face twist, trying to compose Misfeata. Where are these arrows coming from and how are they penetrating my Shield?

Anger swelled within me as I faced the Starkorfs, running for them.

“Give me Aeisha!” I raged, angered by my attackers, annoyed they thought they could steal Aeisha from me successfully.

I cut the first Starkorf’s stomach quickly, catching it as it fell forward and using its body as a barrier, noticing another arrow coming for me. The arrow pierced into the Starkorf’s body as I dropped it, leaping for the other. I caught its wrist and swung him in front of me as another arrow shot for me. Another Starkorf’s burned face caught the corner of my eye as it tried to use Aeisha against me, trying to strike me down with her. 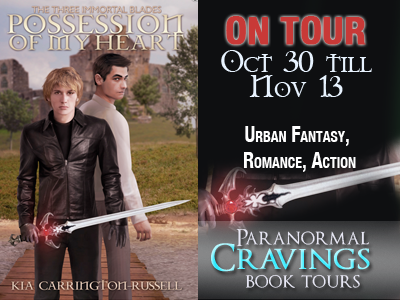 I crouched quickly, using the Starkorf I had hold of as the shield to my back. I elbowed the oncoming attacker in the stomach and quickly slashed Aeisha across his knees. He staggered and dropped as I pierced his leg, catching Aeisha’s partnered blade as his grotesque figure screamed on the ground.

I jumped over a fence and hid against the side of a house, firming my back to the wall to hide from the archer. I searched for the archer, noticing the other Starkorf who now ran in the opposite direction, away from me. An arrow hit her back and she dropped to the ground as another caved into the side of her head. The archer is killing their own kind.

Perhaps the archer was no ally of the Starkorfs either? Or maybe because they hadn’t killed me or stolen Aeisha the archer was displeased. I stared for a little longer, hearing a sob behind me. I turned with blades in hand ready to confront my attacker, only to find a small child in front of me with tears running down her face.

My eyes widened. Is it human? Or is it a trick? I briefly searched behind: a trampoline, a few toys on the ground, a vegetable garden at the back. No hiding places for any others to attack from. I stared back into the child’s face as emptiness filled it and shock echoed through such innocent eyes. There is no evil in this girl. This is only a mere human child. I looked away in disbelief. She would have seen everything. The reality of this other world made me nostalgic.  I have taken the innocence of this girl away, opening such a horrific nightmare in front of her.

I will now be the memory of her greatest fear.

About author:
Kia Carrington-Russell is a young author working on her first series: “The Three Immortal Blades”. Kia began writing at the age of fifteen in high school- finding that all her warped and strange dreams were giving her a fantastic new world- and since then she has never looked back.
Kia Carrington-Russell
Kia was born in a small town in Australia, moving around a lot at a young age until finding a stable town where she finished her schooling. Kia found herself enjoying and expressing herself through poetry, short stories and writing, photography, painting and drawing. All these mediums help Kia express the different world that she is so fond of.
In ‘Senior Art’ Kia focused on feminism and female empowerment; exposing through her work issues and concerns that many people would rather just “sweep under the rug”.
In one art installation, Kia made a bed out of Pokémon cards- the concept being that when she slept a new world would come to life and it was the only one she saw and constantly lived in.
Kia now focuses on her photography, writing and self-help blogs on her website: ‘Precious Living’.
Kia is now keenly working on “The Three Immortal Blades” series knowing that this book has to be shared with the world and that is what she aims to do now.
Kia writes in her Australian home, trying to focus at times on simply what is running through her head, as her cats either terrorize her legs as scratching posts or her puppy barks in her ear for play-time. And as she continues her series, they grow with her book.
Kia is strongly supported by her friends and family and thanks them dearly for being with her along the bumpy road and nothing would please her more than having your support as well.

Possession Of My Soul-

The story is about an interesting world created by this author where magic is prevelant and good fights against evil.  There is an akward love triangle of sorts that complicates things.  I found it distracting, but it did give a  clarity to the protagonists internal dilemma about her two sides.

I am still uncertain if I like this story, but I look forward to reading more by this author as I find them intriguing and challenging.

I give this story 4 out of 5 clouds as it is well written and challenges me in a positive way.

This product or book may have been distributed for review; this in no way affects my opinions or reviews
Posted by Wall at 3:00 AM