Book Review of To Fall in Love Again 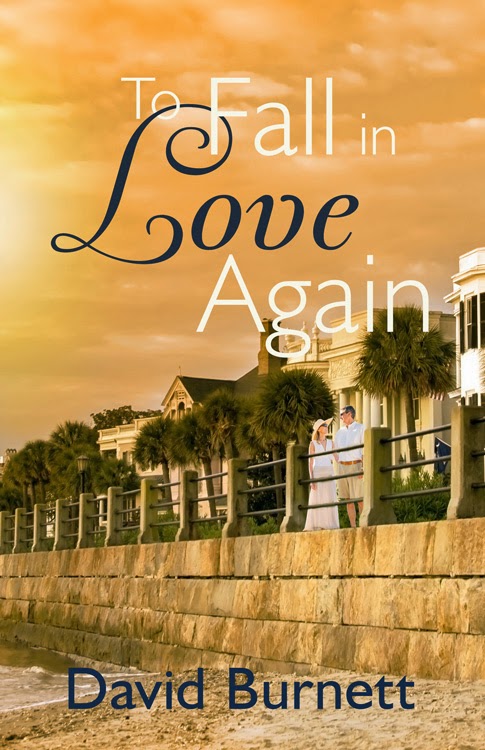 He resisted all of Amy’s attempts to draw him out− at the hotel, at the airport, on the airplane− giving hurried responses and burying his face in a pile of papers. It was only when the flight attendant offered coffee, and a muscle in Amy’s back twitched as she reached for it, and the cup tipped, and the hot liquid puddled in Drew’s lap that they began to talk.

Earlier in the year, each had lost a spouse of over thirty years. Drew’s wife had died of a brain tumor, Amy’s husband when his small airplane nose-dived to earth, the engine at full throttle − an accident, it was ruled.

They live in the same city. Both have grandchildren. They are about the same age. Consciously, or not, they both are looking to love again.

But relationships do not exist in vacuums. Drew is wealthy, and Amy is middle class. Amy is “new” in town – she and her husband moved to Charleston twenty-five years ago – while Drew’s family has lived there for three centuries. Drew lives below Broad, a code word for high society, old families, power, and money. Amy’s home is across the river.

Class warfare may be less violent than it was in the past, but when Drew invites Amy to the St Cecelia Ball, battle lines are drawn. In a city in which ancestry is important, the ball’s membership is passed from father to son, and only those from the oldest families attend.

Family, friends, co-workers all weigh in on their relationship and choose sides. Allies are found in unexpected places. Opposition comes from among those who were thought to be friends. Though they are gone, even their spouses − through things they have done and things they have said − wield influence in the conflict that follows.


Amy begins to suspect that Drew is one of them, the rich snobs who despise her, while Drew concludes that Amy neither trusts him nor cares for him. As each questions the other’s motives, their feelings for each other are tested, and Drew and Amy are challenged to consider if they truly want to fall in love again.

Author Bio
I live in Columbia South Carolina, with my wife and our blue-eyed cat, Bonnie. I enjoy traveling, photography, baking bread, and the Carolina beaches. 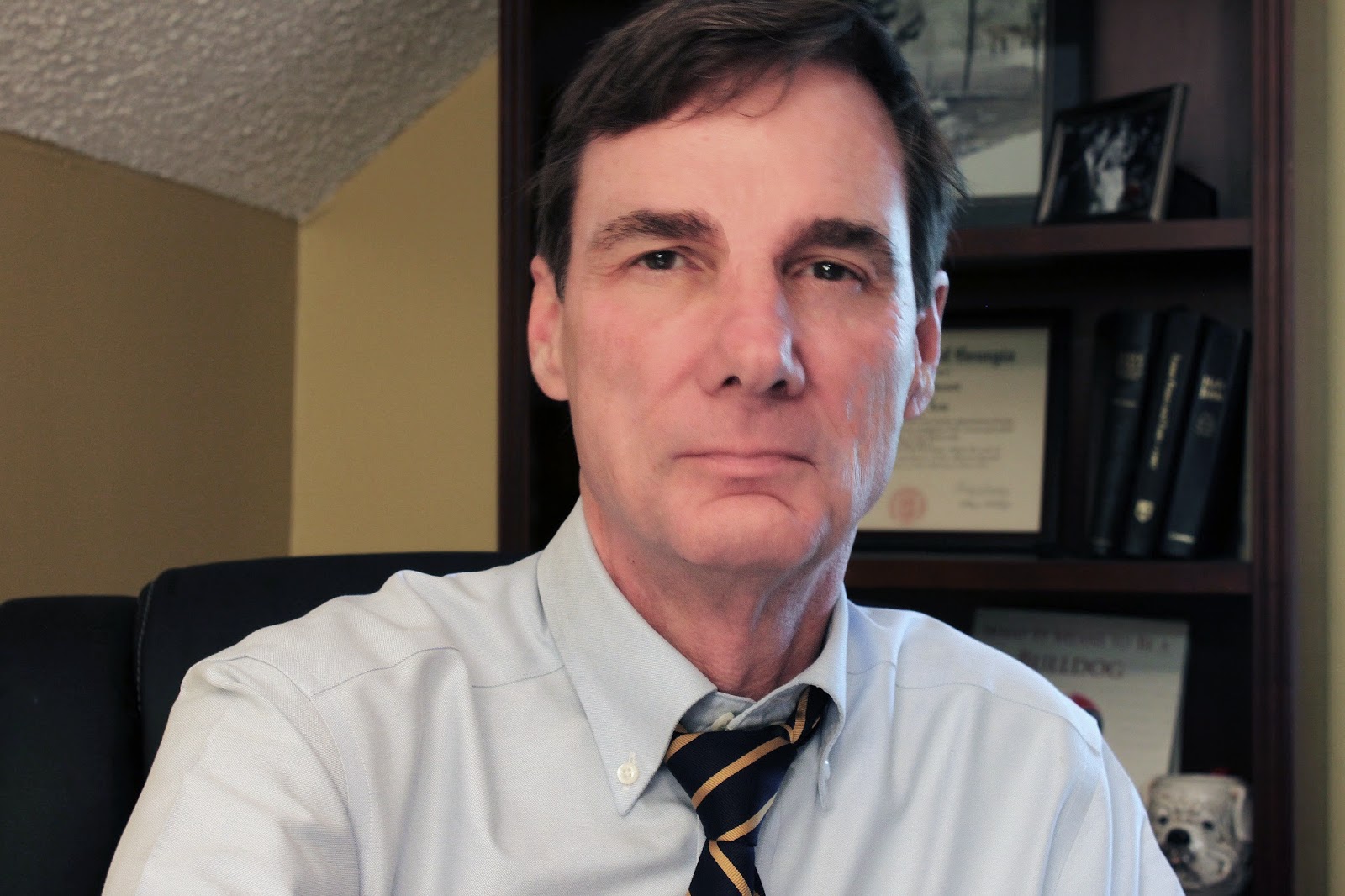 We have traveled widely in the United States and the United Kingdom. During one trip to Scotland, we visited Crathes Castle, the ancestral home of the Burnett family near Aberdeen.

My photographic subjects have been as varied as prehistoric ruins on the islands of Scotland, star trails, sea gulls, and a Native American powwow.

I went to school for longer than I want to admit, and I have graduate degrees in psychology and education. I was formerly director of research for our state education department.

We have two daughters and three grandchildren. To Fall in Love Again is my third novel. 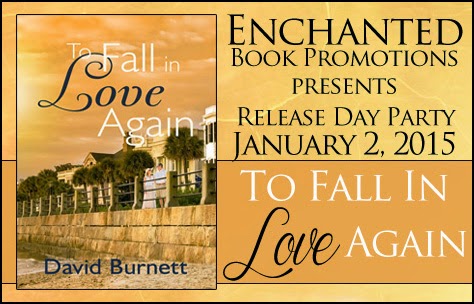 Giveaway
There will be a tour-wide giveaway for a $20 amazon gift card on the release day.

Drew was the last passenger to board and they were soon airborne. He had lowered the table in front of him and was writing notes in the manuscript of his wife’s book.

“You seem to be making a lot of changes,” Amy said.

“What?” Drew looked up, an expression of irritation on his face.

“You said that you are reading the manuscript one last time before sending it to the editor?”

Drew sighed. “They do. I just don’t like reading books on computers. Too old, I suppose. My daughter tells me that I’m crazy to print all of these pages and to make handwritten changes.” He paused, as if he expected Amy to respond. When she didn’t, he looked back at the page in front of him.

“Has your wife written other books?”

Drew sighed again, his shoulders seeming to slump with the exhalation. “Ms. Barrett, I don’t want to be rude. Really. I’ve put off doing this, and the editor is becoming impatient.”

“I’m sorry. I didn’t realize. I’ll let you work.” Amy sank back into her seat. She would tell Lucy that she had tried.

She stared through the window and saw a small airplane flying beneath them, off to the right. She recalled how much Jack had loved the little Cessna. He and his friends had purchased it a little more than ten years ago. Jack had taken it up at least once a month, had flown the family on vacation a couple of times, to Disney World, to New York once. She wondered if Marci had ever flown with him. Of course she had, she thought. He probably put the controls on auto and…

“Would you like something to drink? Coffee? Tea? Juice?” The beverage service had begun, and the flight attendant had stopped at her row.

Drew shook his head. “No thanks.”

The flight attendant poured her coffee into a paper cup and held it out. “Sorry, it’s awfully full. Be careful.”

Amy reached across Drew to take the cup. As she did, a muscle in her back tightened, causing her to jump, and the hot coffee splashed on her hand. She instinctively jerked her hand and the cup fell into Drew’s lap, throwing coffee on his khakis and splashing the pages on the table in front of him.

He jumped to his feet, bumping into the flight attendant, then hitting his head on the overhead bin. “Ow.” He dropped back onto his seat.

“Oh my. Oh no.” Amy tried to stand and bumped her head on the bin too. She sank back into her seat, her hand on her head. “I’m so sorry. I’m so sorry.”

“Here.” The flight attendant handed Drew a towel, but Amy grabbed it before he could take it.

“Let me help you.” She began to wipe his pants with the towel. “I’m so sorry. I’m not usually so clumsy. My back had a spasm. I jumped.” She began to press the towel against his lap, trying to soak up the coffee. Realizing what she was doing, she stopped suddenly, feeling her face beginning to burn.

“I’m sorry.” She handed the towel to Drew and melted back into her seat, turning toward the window, tears of embarrassment stinging her eyes.

Charming love story.  The ending was a little abrupt, but all in all a fun read.  I laughed and cried, so I enjoyed it.