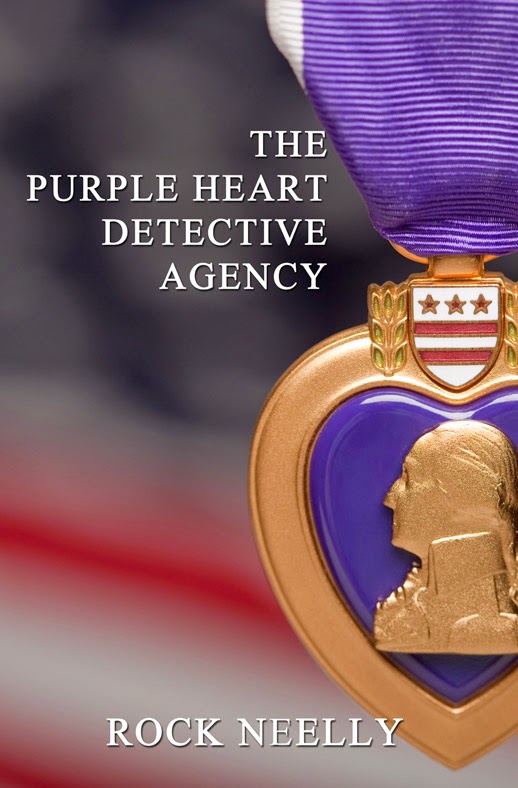 “What do wounded warriors do when they return from war missing a leg or two? These tough guys start The Purple Heart Detective Agency. Using battle-tested skills, laughing all the way, when others have turned their backs, these sleuths solve mysteries. Rock Neelly’s novel is easy to pick-up, hard to put down.”

- Robert Beattie, author of Nightmare in Wichita: Hunt for the BTK Strangler

- Brian Dobbins, author of The Witch’s Cartel and Corryville


The sudden disappearance of a magician isn’t usually cause for alarm, but it’s a different story when the disappearance isn’t part of the act.

Clay and Roddy are two war veterans – both amputees - trying to rebuild their shattered lives through their struggling Purple Heart Detective Agency. Then the beautiful Angela Thayer enters the picture, asking for their help in finding her missing friend and employer, Trevor Baker – stage name, Merlyn the Magician. The high profile case promises to jumpstart their careers…until the search leads to betrayal, intrigue and mind control. And then the murders begin...

A hard-boiled detective story of murder and mayhem, a war story of pathos and survival, an action story of intrigue and violence, a love story of abandon and betrayal, a stick in the eye of the entertainment industry, wry social commentary on how America treats its veterans of war, but mostly a rousing tale of brotherhood in war and beyond.

And of course, a foul-mouthed monkey named Jerry. 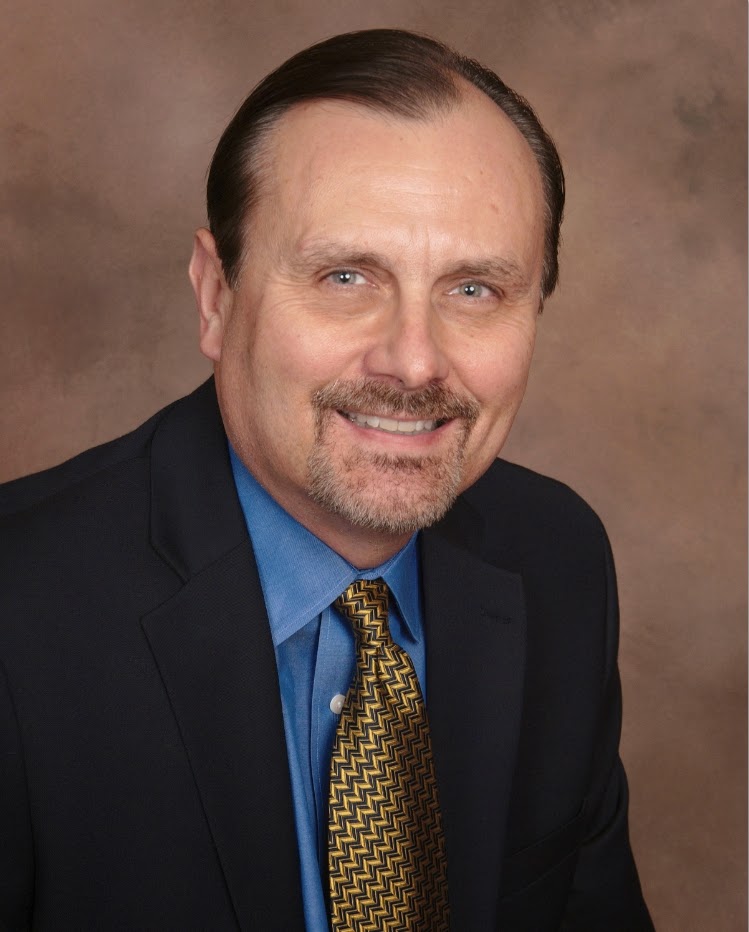 Rock Neelly is a Professor of Communications and English in the Cincinnati area. He has written numerous articles in magazines, journals, and books over his career. In his storied career, Rock has been a newspaper man, a sales manager, a contributing editor, and a bad guitarist in a garage band. The grandson of cattle ranchers, Rock grew up on the high plains of Kansas shooting baskets and pheasant. He currently teaches film, literature, and writing at a community college in Northern Kentucky. He lives with his wife and family in Liberty Township, OH.
The Purple Heart Detective Agency is his first novel.

Roddy was all iron and kinetic energy. His lean, sculpted cheek-boned face is notched below his slightly longer than GI flattop of black hair. His eyes are black with nearly no irises. They are dilated and I know he is high. He sports a black pearl earring in one ear. He has a sole patch, the slightest goatee, really just a wisp, no sideburns and glasses with black upper frames that wrap his face like a baseball player’s shades. The glasses cross over his Italian nose, flattened a bit from a fight in boot camp. He has on a Black Keys tee shirt cuffed above his “guns,” and his ever-present cargo shorts are strapped tight to his narrow waist, hemmed closed efficiently at the base of his stumps which begin above his knees, or where they would have been.
Sometimes it is hard for me to comprehend that he is still only 27 years old. Fallujah was 2004, only two centuries ago. 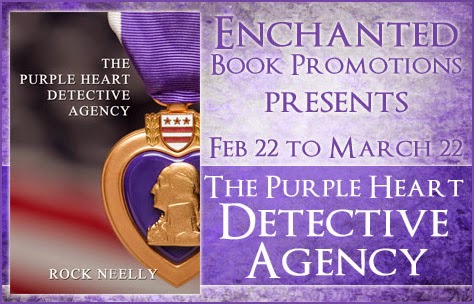 Tone-Def staggered, taking a hit in the shoulder from the second floor window of the building on my right. I fired that way, but missed as the asshole inside ducked in time. Cooper blasted away at the second floor. The M240 destroyed the window jamb of Tone Def’s assailant. Cooper’s burst shattered all the surrounding woodwork and much of the masonry. No telling if the shooter inside was still breathing. Tone was still on two feet after being shot, but the grenade launcher was now nothing but a drag, a useless weight, to him, as he couldn’t raise one arm. I yelled for him to drop it and he did, pulling a grenade from his belt with his left hand.

Some parts of this book will be difficult to read as it exposes some of the horrors of war that most people don’t want to know about, but overall the books message is positive.  I am especially happy to recommend the book knowing that part of the proceeds are going to the DAV, Disabled American Veterans group.  I am always happy to support those who allow me to live the life I live and protect America.

This is an interesting read.  I enjoyed the mystery part of the story, and while I didn’t enjoy it reading about the war was also important to me.  It is something I think everyone needs to remember and this is a gentle way to do so.

I give this book 5 out of 5 clouds and recommend everyone buy it, even if it is only to support our troops.

This product or book may have been distributed for review; this in no way affects my opinions or reviews.
Posted by Wall at 3:55 AM