Book Review of The One Path

Book Review of The One Path
Sponsored by Enchanted Book Tours 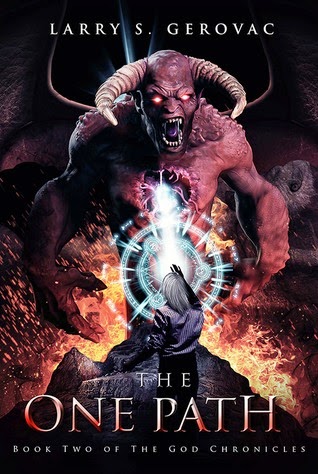 Title: The One Path
Author: Larry S. Gerovac
Genre: Fantasy
Lucifer asked the Gypsies, “What is the punishment for killing a Dark Warrior?” There was absolute silence. All the Gypsies were in fear for their lives. They did not want to draw the attention of this powerful demon.
Jal, seeing an opportunity for himself yelled, “Life for life.” Lucifer watched as Rayus tried to warn his dad by tugging on his arm.
That evil grin appeared on Lucifer’s face once again as he said, “Jal, was that you?”
Seizing his opportunity he said, “Yes, my Lord Lucifer.”
In this second book of the God Chronicle trilogy, Thomas, God’s Last Prophet, realizes that the only way to beat Lucifer, and prevent Armageddon is by stopping the birth of the Antichrist. In his efforts to find Lucifer, Thomas gets bonked on the head by the Pope using a religious artifact, gets beat up by Gypsies, and almost killed by demons. Eventually, Thomas teams up with a stuttering genius that is possessed by a fallen angel. The unlikely threesome seems to click on all cylinders as they work together and chase Lucifer through Europe. Will collaborating with a fallen angel prove to be a bad choice?

Larry was born and raised in the Midwest. He is a first generation American, U.S. Navy Veteran, ex-Air Traffic Controller, and a retired nuclear worker. He loves science, science fiction, fantasy, and horror. His goal is to entertain readers for many years with some truly out of this world stories.

Thomas thought he would put everyone at ease, so he looked at Brother Dominique and said, “You call the young man Myrrh, that’s a very unusual name. I’ve never heard of it before.”

Brother Dominique started to laugh gently as he shook his head and looked at Thomas. “He was a gift given to our brotherhood twenty-two years ago. The Magi gave little Jesus gifts of gold, frankincense, and myrrh.”

Brother Dominique said, “Myrrh is a savant. He does not see the world as we see it. He sees everything as a probability. He is simply amazing, and with the information that he finds in the computer, his accuracy is a gift from God. That is how we knew you would be here. We know who you are, Thomas. God speaks to Myrrh in probabilities. We have seen the signs. We know the end-times are upon us. You are God’s last prophet.”

Thomas swallowed hard. He thought, How could this happen? He still couldn’t guess his role in this new development, so he asked Brother Dominique, “Why were you waiting for me?”

Brother Dominique patted Thomas on the hand with his one hand while he held Thomas’s arm with his other and said, “God has blessed me by allowing me to meet you.”

“I am no one special. Only a sinner chosen to do a task.” 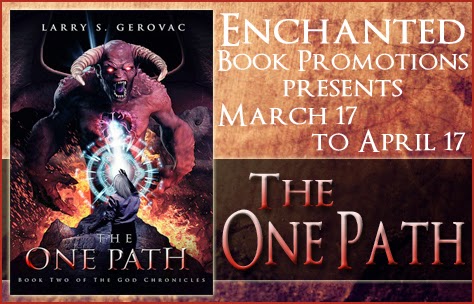 “Spoken like a true prophet,” said Brother Dominique. “You still do not understand. We know you, Thomas, unlike anyone else could ever know you. Myrrh has watched your probabilities. He believes your and his path in life are linked. Myrrh, what is the probability that you and Thomas must walk the same path?”

“See there, Thomas, you must travel with Myrrh. But first, there is much that you must learn. I don’t have much time. Will you please come to my monastery where we can talk privately?”

Thomas thought this whole incident was unbelievable, but it was foretold, so he had better see where events would lead. “Yes, but I make no promises. My task could be very dangerous. I can’t protect myself, let alone another person.”

This was a fascinating book.  It started out slow and I wasn’t sure I was going to like it, but I was quickly sucked in to the tale.  There is religious underpinnings which may make some people uncomfortable but I found it very interesting.  Some of the religious underpinnings were new to me and things I am not sure are doctrinally sound, but it definitely is worth considering.

I think the underlying story is one that should be considered.  While written as fiction it has much to teach us about faith and remaining on guard against evil.  I strongly recommend everyone read this book and consider the ideas put forth.