Book Review of The Deep End

Book Review of The Deep End 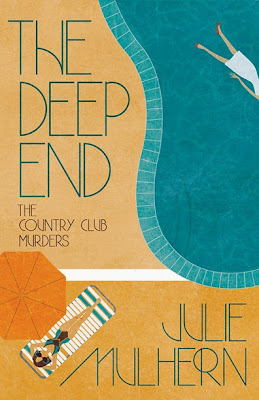 Swimming into the lifeless body of her husband’s mistress tends to ruin a woman’s day, but becoming a murder suspect can ruin her whole life.

It’s 1974 and Ellison Russell’s life revolves around her daughter and her art. She’s long since stopped caring about her cheating husband, Henry, and the women with whom he entertains himself. That is, until she becomes a suspect in Madeline Harper’s death. The murder forces Ellison to confront her husband’s proclivities and his crimes—kinky sex, petty cruelties and blackmail.

As the body count approaches par on the seventh hole, Ellison knows she has to catch a killer. But with an interfering mother, an adoring father, a teenage daughter, and a cadre of well-meaning friends demanding her attention, can Ellison find the killer before he finds her? 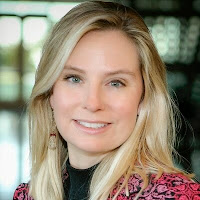 Julie Mulhern is a Kansas City native who grew up on a steady diet of Agatha Christie. She spends her spare time whipping up gourmet meals for her family, working out at the gym and finding new ways to keep her house spotlessly clean--and she's got an active imagination. Truth is--she's an expert at calling for take-out, she grumbles about walking the dog and the dust bunnies under the bed have grown into dust lions. She is a 2014 Golden Heart® Finalist. The Deep End is her first mystery and is the winner of The Sheila Award.

Buy the book on: Amazon, Barnes and Noble or Kobo

Book Excerpts
Excerpt
“You want to know my name?”

“Seems only fair. You know mine.”

“Everyone calls me Jones.”

I put the can back on the table. The aluminum made a hollow sound. “What do your parents call you?”

“Did you say Anthony?”

“No.” He glanced over his shoulder at the mirror then leaned forward and whispered, “Anarchy.”

I had to have misheard him. “That’s not a name.”

“It is in San Francisco.”

No wonder he went by Jones. Detective Follow-the-Rules was named Anarchy? “How?”

“My father wears his politics on his sleeve.”

Professor Jones advocated for the abolition of law. Detective Jones enforced them.

And I thought I had problems with Mother.

My fingers, quite of their own volition reached across the table. I stopped their progress before they touched Detective Jones’ hand. 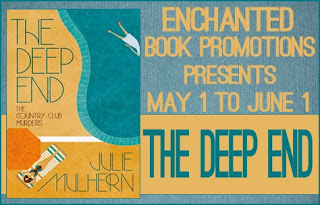 We both stared at them, my hand hovering an inch above his. It was as if some magnetic force was drawing me to touch him, to connect. My gaze traveled to his face, tanned, lean, a frame for the nicest brown eyes I’d ever seen. Those eyes looked into mine.

We sat, opposite sides of the table, our hands almost touching, our questions forgotten.

Then I remembered who we were. Detective Jones didn’t need empathy from a murder suspect any more than I needed sympathy from the man who might arrest me.

If Murphy’s law was a story plot, it would be this one.  This poor woman’s life goes to heck in a hand basket and if it could go wrong it does.  First her husband cheats on her and then she finds the same woman dead.  But it only gets worse from there.

This story has more turns than Lombard Street in San Francisco.  And the murderer was a total surprise to me.  I guess it’s good that I’m not a detective because I would have never guessed.