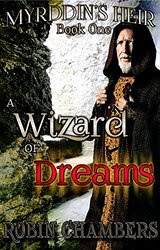 “Gordon Bennett was born on 7th August 1999 with extraordinary powers. Where have those powers come from? Who – or what - is “Zack”...? His mother begins to notice that Gordon is different when he speaks his first words at just 5 months old and that's before the really strange things begin to happen!


Fun, refreshing and certainly different, A Wizard Of Dreams is Book 1 in The Myrddin’s Heir series by author Robin Chambers. Written at a quick, entertaining pace it’s a potent blend of magical intrigue and adventure and whilst the theme is familiar, Chambers has a unique style of writing that sets his work apart. Much more than a trite fantasy plotline his young protagonist is defined in a realistic and empathetic way that pulls the reader through the story with him, and when Gordon interacts with Zack there is always much to be taken from these well observed exchanges. With well-defined characters, Chambers demonstrates a meticulous eye for detail that makes them instantly identifiable and whilst some are more endearing than others they are all very memorable. Each captured with a distinctive tenor that adds greatly to the thematic undertones of his tale. A tale that not only entertains, but encourages thought and timely reflection.

Original and highly engrossing, A Wizard Of Dreams is a wonderful read throughout and sets the tone for a series that undoubtedly deserves your attention. It is highly recommended.”
Book Viral Author Spotlight review

Key events in childhood indicate Gordon's powers are getting stronger...

How does he deal with bullies? How about ghosts, fairies and wizards...?

How seriously weird do things get around his eleventh birthday? And what’s his sixteen greats grandmother got to do with it...?

Very few children get to go where he gets to go...

Book 1 ends on 6th September 2010 – Gordon’s first morning in secondary school: when he finds out for certain that he’s not the only one. There’s a girl in the frame...

This story will make you laugh quite a lot, but I warn you that in places it makes me cry...

The Myrddin’s Heir series will challenge you. One of my most important questions, therefore, is: “Are YOU up for the challenge? 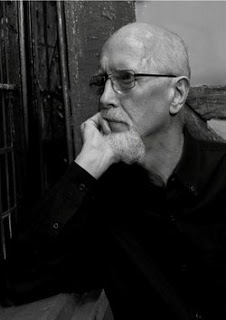 Robin Chambers (1942 - ) first got the idea for his latest series of books while walking dogs through the grounds of The Orchid Garden Eco-Village Hotel in Belize, where he and his wife Amy lived from 2008-2011. Having narrowly survived a murder attempt by local thugs, he and Amy returned to the relative safety of the UK and he began writing full-time at the age of 69. "Myrddin's Heir" is a long story: longer than "Lord of the Rings", longer than "The Chronicles of Narnia". longer even than "Harry Potter and..." He spent the first 18 years of his life in Bootle on Merseyside. His teaching career was in Inner London schools from 1967-1993. In the 1970s - while Head of English at Hackney Downs School - he wrote stories that were published by Penguin and Granada. He became Head of Clissold Park School in 1979 and was the first head of Stoke Newington School in Hackney (1982-93). He returned to teaching in 2001 and retired for the second and final time in 2007. The books in his "Myrddin's Heir" series are written "for bright children between the ages of 10 and 110". They challenge as well as entertain - and he wishes they'd been available when he was teaching English.

Find out more by visiting www.myrddinsheir.com

Fascinating story about an extraordinary child who is more than he appears.  Imaginary friends that may or may not be real, ghosts, and travel.  This book is perfect for the child who has a big imagination, or for anyone who likes to dream.

There were one or two places where the main character aged abruptly and I didn’t always catch it right away, but it did not detract from the overall story.

I give this story 4.5 out of 5 clouds and look forward to the rest of the series.

This product or book may have been distributed for review; this in no way affects my opinions or reviews.
Posted by Wall at 2:03 PM