Book Review of Rise of the Guardian 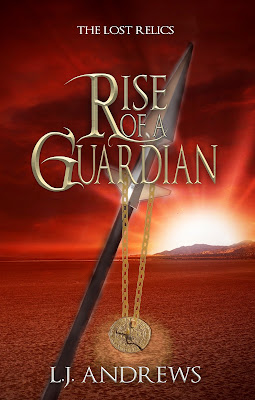 Title: Rise of the Guardian

Abandoned by his family, Killian is given one chance to find answers to his past in a strange, new  realm. The mysterious community protecting the realms promises to reveal what he seeks if he helps find lost relics that bestowed with the power of all realms. Strange abilities soon manifest within Killian, catching the deadly attention of a dangerous secret-society also seeking the relics only to destroy his home realm they view as an abomination. Killian must find the relics before the society or billions of lives will be lost. Killian soon learns sometimes the closest allies are the most devious enemies.

L. J. Andrews has been reading since she was five, and writing since she was six. L.J. lives with her husband, three children, two dogs and two pet rats…yes rats, in a small town nestled in the mountains of Utah. She enjoys playing with Legos, Batman action figures, toy cheetahs, making chocolate chip cookies, and of course writing stories when all her little people are sleeping.

Instantly, as they passed through the opening, the air around them felt thick and humid. Killian could feel Mercedes' body move closer into his as the matter around them seemed to threaten their air supply.  The unpleasant feeling was coming to a point that was hard to bear. Coming from behind them they heard the powerful force of the portal suctioning them back toward the opening.

Suddenly the world around them fell silent. The powerful suction ceased and calm surrounded them. Killian and Mercedes seemed to stay airborne for a small moment before falling; their feet crunching onto a steel walkway. Killian groaned as his leg seared in pain. Mercedes cried out when the shining steel splattered with her blood from landing on her injured arm. The fall was only two feet at most, but Killian had been sure he was plummeting to his death. Releasing the breath he had held in the entire time through the portal, he looked around, trying to take in their surroundings. 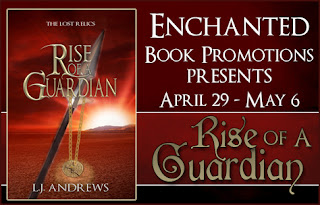 The sky was different. It was full of brilliant blues, dazzling reds, and radiant greens. All the colors swirled together against a back drop of an ebony universe littered with stars. In the center of the magnificent sky was a glowing orb. It shone brightly and warmed their faces. The same hues of the sky swirled in beautiful patterns in the large, gaseous sun emitting a soft lavender hue. All around them were plants and bright foliage. The flowers that stood out amongst the green plants were tall and brilliant with rainbow patterns along their petals. The plants didn't seem to fit any botanical design he had ever imagined; they seemed to be a cross between tropical and woodland shrubs.

The colorful sky reflected off an enormous building directly in front of them. Killian marveled at the unbelievable structure towering in the center of the magnificent garden. It was one of the strangest buildings he had ever seen, made of glass and beautiful, smooth steel. Huge beams jutted out at unique angles with enormous glass windows randomly scattered between the steel. The building reminded Killian of a block game he had played as a child with the objective to leave the tower standing as long as possible while removing blocks and re-stacking them on top. The large windows created translucent openings between the steel beams causing some concern inside whether the building would topple as the blocks had.

This product or book may have been distributed for review; this in no way affects my opinions or reviews.
Posted by Wall at 4:22 PM