Excerpt and Book Review of Rising for Autumn 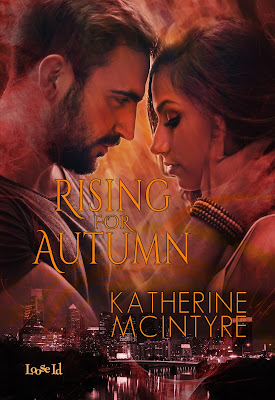 Crisis and danger have become second nature for Alanna Carrington—after all, as the boss of the Philadelphia Coven, she’s responsible for upholding the laws amongst the supernatural. Which means when the Order of the Serpent rears its ugly head, this time with the most powerful necromancer this city’s ever seen, she’s the one person who can keep Philly safe. Ex-Order djinn and now ally, Samuel Karim happens to be the best suited guy to help. Except he’s also the first man who’s stoked her interest in far too long, and ever since she commandeered the lamp he’s tethered to for safekeeping, he also hates her guts.

As the Order gathers the necromancers of her city and sparks a dangerous alliance, she finds herself working with Samuel Karim more and more. Hatred burns to passion, and when he exhibits a strength and compassion that breaks through her ironclad defenses, she finds herself falling deeper despite the complications between them. Yet with her city under siege and their lives on the line, the sharp desire between them erupts into the temptation to break their own rules, before the Order of the Serpent robs them of the chance permanently.

A modern day Renaissance-woman, Katherine McIntyre has learned soapmaking, beer brewing, tea blending, and most recently roasting coffee. Most of which make sure she’s hydrated and bathed while she spends the rest of her time writing. With a desire to travel and more imagination than she knows what to do with, all the stories jumping around in her head led to the logical route of jotting them down on paper. She writes novels with snarky women, ragtag crews, and guys with bad attitudes. High chances for a passionate speech thrown into the mix.

Book Excerpts
“Ready to play damsel in distress?” Jev joked, punching Sam in the shoulder, trying to bring some levity to the situation despite the strain on her face. 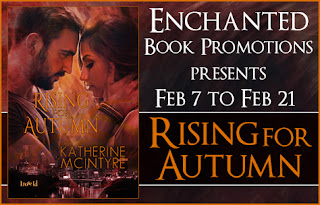 “I thought I was supposed to be the pretty one,” Liam complained, joining in her flow. His charming smile showed the white flash of teeth.

Alanna caught Sam’s eye and offered him a secret grin. Despite the cloudy tension emanating off him, he paused for a brief second to return it, the soft acceptance in his gaze heartbreaking. The man was prepared to sacrifice his life tonight if he could end Akanda’s threat on this city, on their lives. Alanna would do anything to prevent that desolate outcome. Anything.

“If this is a looks competition, I think I’ve got you lot beat,” Dante spoke, joining with the other loudmouths.

“While you lot are preening for your beauty contests, we’ll be getting the actual work done,” Alanna interrupted them, fixing the crew with an arch look. “Akanda’s no joking matter. She’s holding one of ours hostage. When we arrive at the building, we’ll split into teams. Sam, you’ll be heading in on your own,” she said, even though her insides hollowed. Fear paralyzed her at sending him into this threat, but he’d spoken the truth—he stood the least chance of getting killed on the spot since Akanda focused her twisted brand of interest his way.

A human and a Jinn fight a witch and a necromancer, sounds like the start of a great fantasy.  But this story is more complex with rich, nuanced characters that have to deal with problems just like everyone else.

I give this book 4 out of 5 clouds.  And a hot spicy rating as well.

This product or book may have been distributed for review; this in no way affects my opinions or reviews.
Posted by Wall at 9:27 AM