Book Review for The Analyst

Book Review of The Analyst by P.T. Dawkins 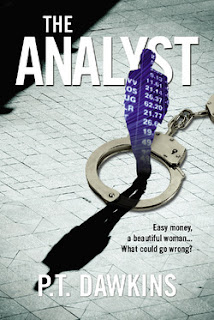 After David Heart’s father’s estate is squandered by bad advice, his mother faces eviction and his grandfather needs life-saving surgery. A seemingly-helpful family friend finds David a seat at a bucket-shop off-Wall Street firm with the promise that money flows like wine.
Naive and quickly recognized as an easy mark, David is plunged into the eat-what-you-kill world of a trading desk, where the analysts, salesmen and traders sit like pigs at a two-sided trough. Bullied by the cruel, abusive head trader known only as Blackie, David is relieved when Sandy Allen, a strikingly provocative street-smart saleswoman, comes to his aid. But, what David doesn’t realize is that hidden agendas are everywhere, and no one can be trusted.

Now the target of extortion, David must make an impossible choice: facilitate an insider-trading felony in exchange for the money his family desperately needs, or face the cruelty of his mentor-turned-predator who has framed David and promises that he alone will be found guilty and suffer the consequences of the crime he refused to commit 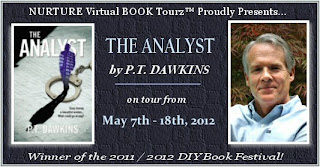 David surveyed the trading desk. He could smell the electricity and hear the fans that cooled the always-running computers. During market hours, the twenty analysts, salespeople, and traders sat at identical, adjacent workstations. There was little space, and no walls, as if they were pigs at a two-sided trough. It was inhumane, if barely legal. David had to squint to see through the reflection from two continuous white vinyl desktops and a sea of matching shirts. The tools provided to each person on the desk included a chessboard of telephone buttons, two flat-panel computer screens, a keyboard, and a BlackBerry cradle. Workers entered the competition for commission dollars by plugging in and donning their headsets. Blinking orange phone lines enriched the black background of the equipment. Some personalized their space by taping a picture of their loved ones to their screens; it was soon yellowed and warped by the heat. During trading hours, the sound of making money eclipsed even the cry of New York City sirens, bus roars, and taxi honks. 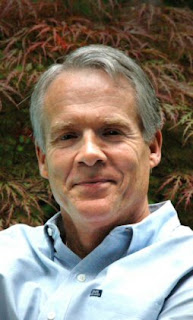 A 28-year veteran of the investment world, P.T. Dawkins writes from experience about the insatiable desire for money that leads to unethical, illegal and unscrupulous behavior. He majored in English at Dartmouth College, earned a MBA from The University of Western Ontario and completed extensive studies in Creative Writing at the University of Toronto.

The Analyst is a legal thriller, along the lines of “Wall Street,” and set on Wall Street.  This is not my normal genre, but I found the book interesting.  David was such a good hearted man who sincerely made an attempt to do the right thing, even when he was totally clueless.  Several times I wanted to slap him for being stupid, but he eventually ‘grew a pair’ and got it together.

The story had four main characters, all of whom showed new sides as the story progressed.  I was pleasantly surprised by some.  It was not always clear how the different character fit into the overall puzzle initially, but Mr. Dawkins tied it all up in the end.

I enjoyed stretching my reading range with this book and give it 4 out of 5 clouds for good writing, strong story bones, and generally interesting filling.
Posted by Wall at 3:00 AM