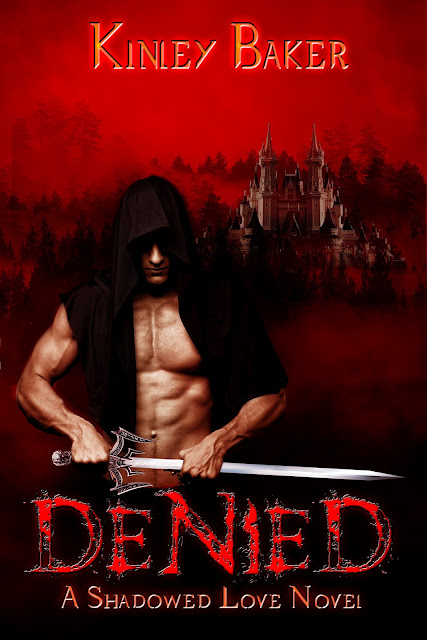 The cover is hot!!  A man rippling with muscles and holding a sword. Oh my, I think the temperature has gone up a few degrees.  Yikes, can't wait to crack open the covers and read it if the cover looks this good :)

Plot synopsis:
When invaders brutally massacred the women and children of the Varner, Caleb witnessed loss and destruction on a scale few can comprehend. As the leader of a race on the brink of extinction, his only hope for survival is gaining acceptance into the Shadow Shifter Kingdom. Struggling with new customs, he meets Tabitha, a woman who challenges his limits.

Refused the right to join the king’s guard because of her gender, Tabitha must be stronger than the men to prove she deserves to be the first accepted female Warrior in the kingdom. She believes Caleb will help improve her abilities, until she learns her goals conflict with the foundation of his culture.

When the realm is attacked, Tabitha and Caleb must come together not only to fight, but to find the strength to win against an evil with the potential to destroy everything they revere most--including each other.

Add DENIED as To-Read on GoodReads!

Jessa is one healing away from death. Under the thrall of her gift, the Court's Senior Healer risks giving her life in exchange for her patient's.

Vale is a rebel ruler. When his brother is killed, he's given the throne and the decree from the Court to produce an heir or lose his family's hold on the land--and his deceiving advisors aren't afraid to use murder as a weapon if their directive to stay away from the Senior Healer goes unheeded.

But Vale burns to possess Jessa. The heat between them leaves a wake of smoke, and even the powerful forces above want to bind them in a union that lasts forever. Vale taking another would be a betrayal neither could survive.

Their enemies fear a child born of such a powerful Healer and Warrior, but the true threat lies in the bond forged in shadows and fused in fire.