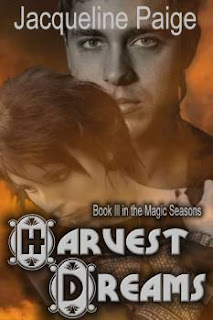 Rachel is a woman that lives carefree with a buoyant recklessness. She loves being a flirt and has spent many years indulging that side of her personality. Her energy draws others; her character is to protect all those that cannot protect themselves.  When she’s not riding on life, she is helping children less fortunate then herself.

Steven is man that gives more than his energy usually allows.  He is a highly respected pediatrician that always goes that extra step to ensure all in his care are receiving his utmost attention.  He often sacrifices sleep to spend time with his friends, and he can’t seem to help affably chasing the skirt of the one woman that breaks his easy going charm and makes him forget he’s supposed to be the jovial.  He hides his strength in body and magic, never letting others know that he is more than the carefree man with everything he needs.

Armed with magic and a plan for the Lammas festival as a group they are determined to stop the killer from harming anyone again.  With a plan of his own Steven decides he’s done waiting for Rachel to see that they’re meant to be together and takes things into his own hands.

Jacqueline Paige is a world class multi-tasker being a mother to five adventurous and unpredictable children, a cafe manager and having a colossal imagination that allows her to step outside of reality into a world of paranormal romance —with just a touch of suspense.

Jacqueline lives in Ontario, Canada and avoids the ever changing weather of the region she lives in by creating other worlds to fall into in her stories of all things paranormal.

Her first book was published in 2009 and since then has published ten.  She is always writing and currently has more than a dozen stories in one stage or another of the writing process.

You can find all of Jacqueline’s books at:  www.jacqpaige.webs.com

She was pushing back at him, causing burns to bite along his skin.  “That all you’ve got, Angel?” He growled.  Lifting his hands, palms towards the door, he hissed out a breath and shoved with all of the frustration he felt inside.
He heard her voice cry out in surprise and his magic faltered just long enough for her to fight back.  It wasn’t stinging bites this time it was like an explosion that slammed into him and shoved him back hard into the wall across from the door.
He stood there and took a few breaths, trying to regain his focus.
Dade turned and looked at him with his mouth hanging open. “What the…”
Steven shook his head and stepped back over to the door.  Chris met his look.  Steven clenched his jaw a few times and glanced at him again.  “How attached to this lovely door are you?”
Chris shrugged.  “Not as attached as I am to the little witch in there I’m going to strangle , as soon as I make sure she’s all right.”
“Good.”  Steven stepped back a few feet from the door.  “Last chance, Rach. Open the door.”  His tone was stronger than he had ever used before.
A brush of air pushed him back a foot.  “Fine, we’ll do it that way!”  The other men stepped back further as he clenched his jaw and raised his hands towards the door again.
The floor trembled slightly just before it starting to shake violently.  He jerked his hands up and the hinges snapped. Sparks flew in all directions as he broke through the magic the protection charm the women had put on it.
Steven lifted his hands and the door flew up a few feet from the floor and then set down on the floor with a thud.  He stepped in the door and looked down at the women sitting in a circle.  Rachel stood among them panting and looking as mad as he felt. “That was being nice.”  He smiled at her glare.
Chris gave him a wide birth as he stepped in and immediately met Kasey’s eyes.  She was chewing on her lower lip.  He pointed to the spot in front of him.  She stood up and walked over to him with her eyes shooting darts at him.  “I thought we agreed you ladies weren’t doing anything like this again.”
Cora leaned back against the cushions.  “No you men decided, we weren’t really asked.”  Dade shot her a stare.
Rachel stepped right in front of Steven.  “Cute trick, doc!”  He just stared down at her.  “You know we would have included all of you if you had a reasonable thought in your heads!”
The floor began to shake beneath them as he glared at her.
She stomped a foot and it stopped immediately.  “You need to stop,” she said quietly.
Steven turned and walked from the room, sending the door crashing down the hall with a wave of his hand.
~*~
Patrick looked at Dade.  “Did you…”
Dade shook his head. “Had no idea.”
Rachel growled and stomped past the men after Steven.  Sparks were flying out around her as she went.
“Ah , Chris, I know you want to discuss all this with Kasey , but your home is presently at risk of falling down or burning down.”  Owen said quietly as he pulled Leena to her feet.
“Shit!”  Chris looked at Kasey and turned running through the door.
“Right behind you.”  Dade said on his way past Patrick.