Review of Love and Genius: Book 2of the Moore Family Series

Book Review of Love and Genius: Book 2of the Moore Family Series 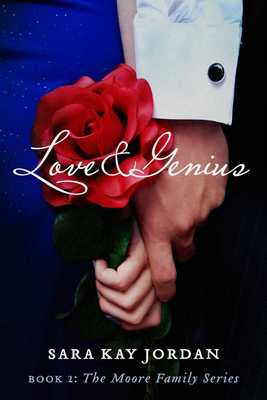 The Moore family is a unique group, full of special talent, blinding intelligence, and a love so strong they can survive every challenge, no matter how dangerous. But, how did they get there? Take a look back and see how it all began. This is the love story of Kathryn and Joe, their first steps toward the incredible family they build together.

Dr. Kathryn Archer is a brilliant woman and a well-respected scientist. She is also beautiful, strong and painfully isolated from the world around her. A dark past has taught her to guard her heart and it is a lesson she learned too soon and far too well.

Major Joe Moore is a handsome man, a soldier at the top of the army’s most elite group. As a single father, Joe is dedicated to his son and his career and he has put the pain and loss of his past behind him.

When Joe is charged with solving a military mystery he seeks out Kathryn’s expertise to help guide him. Their sparks fly immediately and it’s soon more than one puzzle they are trying to solve. Can they find the answers they are charged to seek when all they can feel is the heat building between them?

This is the story of their beginning. Their first, heady, romantic, steps toward the incredible family they create together. A love story as remarkable as the family they become.

Although this is book two in the series, the events in this book occur prior to the events in book one.  Book one is about their family life and adjustments they make, while this book is about how Joe Moore and Kathryn Archer meet and fall in love.  Of course, neither wants to admit it, in fact she doesn’t even recognize it as love at first.

I love how the book starts (see Chapter one below).  The first two lines sum up the plot of the book perfectly.  “Joe Moore would always consider the moment he met Doctor Kathryn Archer the most infuriating of his professional career. It was also the best moment of his life.”  Isn’t that just the best start to a book?  I love that.  It is also a good indication of some of the trials to come.

The Moore family is, at first look, a typical American family. But a closer examination quickly proves they are anything but ordinary. Kathryn is a genius, a brilliant scientist with a mind so sharp she is classified a government asset. Protecting her is Joe’s job, one he’s well qualified to do as both a highly skilled soldier and the man who loves her. Their son, Parker, seems the most normal of the family, the average All-American teenager, until he flashes that smile and you see the charm and charisma he has at his disposal. And then there is Bug, the youngest and most special member of this unique family. Part brilliant mind, part charm and daring she is the combination of all her parents’ gifts.

They live the American dream with work and school, ball games and friends, and life is good. But, the funny thing is that no matter who you are life isn’t easy and the Moores have challenges to face just like everyone else. As Joe and Kathryn work through the obstacles created by their own dark pasts Parker learns the lessons of first love and Bug helps a friend being bullied. Those everyday lessons are tough enough, but when an old enemy appears to exact revenge on Joe and Kat the greatest challenge may be to stay alive. Can the Moores save themselves and protect their family or will they lose it all simply because of who they are? 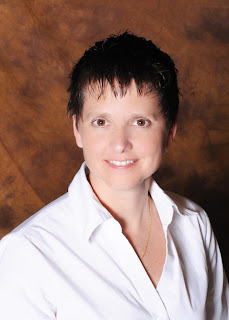 Sarah Jordan Bio author of Love and Genius: Book 2 of The Family Moore Series
Sara Kay Jordan holds a BA in English, and is a lifelong daydreamer, a combination that prepared her in equal measure to pursue her dream to be a writer. Her first novel, Snatching Genius, was released in 2011 to warm praise. Her family includes two grown children and one cranky old dog. Sara lives in Springfield, MO.
Follow her online at sarakayjordan.com and on Twitter @sarakayjordan

It worked fairly well. He was good at his job, and he had long ago acquired the kind of discipline necessary to avoid all types of outside stimuli—he could go days without food or sleep, could sit for hours in weather so cold or wet that his body tried to shut down and still he felt no discomfort. He could do what had to be done. The jobs the Army saw fit to burden on only a select few, he could do them without hesitation.
Keeping his mind focused on the investigation, and not those blue eyes, wasn’t the hardest thing he had ever done and he finished his day with an iron control on his thoughts.
One question, however, made his control falter.
“Hey, Bro. How was your day? Make any new friends?”
He froze for only an instant before taking the final step inside his house, but she saw it. His kid sister had always been far too interested in his personal life. She had followed him around when they were kids, spied on him when he was in high school, and she hadn’t lost her interest just because she was now a grownup.
“Joe?” she demanded with suspicion.
“It was a day, Charlie,” he answered evasively.
“A day?”
“Yeah, a day. I got up, I went to the office, I met some colleagues. It was a day.”
“What are you not telling me?”
He bit the inside of his lip trying to distract from the picture that had popped into his mind, trying to erase the image of those two blue eyes of steel and satin. “Where’s Parker?” He tried changing the subject for his own good. “We need to get going.”
Charlie waved toward the other room. “He’s changing clothes.” Her hair was darker than Joe’s, a coal black compared to his dark brown, but her eyes were the same chocolate brown and they revealed a hint of his same strength.
Those eyes were watching him now, with suspicion. She knew him too well and she wasn’t fooled. She stepped in front of her brother and looked him in the eye, squinting as she assessed his mood. “What’s up with you?”
“Nothing,” he scoffed. “It’s been awhile since I had a desk job, okay? I just need to adjust.”
“Okay,” she agreed, willing to accept that for now. She turned and called down the hallway as she walked toward the kitchen sink. “Parker! Your dad is home. Shake a leg, Bub.”
“He was good?” Joe flipped through the mail she had left for him on the counter.
“He’s the best nephew ever born.” She grinned. “Of course he was good.”
“You didn’t let him fill up on junk after school, did you?” he worried. “I don’t want him getting into bad habits.”
“What am I, a bad influence?” Charlie joked.
Joe leveled an accusing glare and she cracked. “Okay, I let him have a milkshake. But we were celebrating.”
“Celebrating what?”
She gave him an impish grin as she turned away from the now clean dishes that had been sitting in his sink. “We were celebrating the opportunity to have a milkshake.”
There was the sound of pounding footsteps on the wood floor, and then a small form in red swim trunks, and nothing else, came barreling through the doorway. Joe abandoned the lecture he wanted to give his sister and scooped up his son, as Parker leapt into the air. He held him close, feeling his tension fade, as two small tanned arms wrapped tightly around his neck.
Ruffling the long blonde hair, that was starting to curl wildly without a haircut to temper it, he kissed his son. “Hey, Bub. You ready for a swim?”
“Yep.” Parker crowed excitedly. “Charlie says it is a big pool!”
“It is?” Joe asked with enthusiasm. “I bet you can’t swim the whole thing.”
“I can too,” Parker giggled. “I’ll show you.”
“Do you have to make everything a challenge?” Charlie scolded with a laugh as she picked up her purse. “Honestly, Joe, it’s a swim lesson not a competition.”
“It makes it fun,” he answered, and Parker nodded in agreement.
Charlie rolled her eyes and shook her head, making her dark locks sway. “You are two peas in a pod,” she teased. Leaning in, she puckered for a kiss, and Parker dutifully responded, adding a quick hug as well. She dropped another quick peck on his forehead and then stood on her tiptoes to give Joe’s cheek the same treatment. “I’ll pick him up at school tomorrow, same time.” She headed for the door. “Have a good night.”
“Thanks,” Joe called after her.
Charlie paused in the door and gave him another long look. “You sure you’re okay?”
“I’m fine,” he growled in warning.
“Okay, okay, don’t get all green beret on me.” She laughed as she stepped through the door.
“I’m fine.” Joe repeated to Parker.
“Daddy, I’m ready to go.” He squirmed excitedly, a huge grin on his face.
“Okay.” Joe dropped him to his wriggling feet. “Let’s go little man, let’s see if you can swim that pool.”
“I can do it!”
Beaming, Joe opened the door and followed his son outside. “You are going to have to prove it, little man.” Thoughts of irritating scientists slipped from his mind—the joy he found in spending time with his boy was a better weapon against her allure than all his discipline.