Author interview and Book giveaway for Curiosity Killed the Kat

Author interview and Book giveaway for Curiosity Killed the Kat


Welcome to Books, Books, and More Books.  I am pleased to share my review of this book with you.  Thank you for visiting and please come again.

Katherine ("Kat") thought she had the perfect marriage to International Lawyer Steven Flynn. Until he tried to kill her.

Katherine was the perfect obedient wife. She would do anything for her husband. That is, until she discovers he's the ring leader of a human trafficking organization. The action is fast and furious, the dialogue smart and the sex scenes hot. Meet Katherine in Curiosity Killed The Kat as she goes farther and farther down the rabbit hole of political intrigue, sex, and revenge. Will she let herself be saved by love or will curiosity and a thirst for killer justice kill the Kat?

Elizabeth wrote her first romance novel at age fifteen when she discovered writing about boys was way easier than actually talking to them. Since then, her flirting skills and relationship techniques have helped hundreds of others find their mojo. After earning a master's degree in secondary education from UNC, she worked abroad teaching English, bar-tended at late night clubs in Chicago, and continues various philanthropy projects that focus on empowering women. But she always returned to writing.

Though she'll forever be a free-spirit at heart, she now lives in Los Angeles with her two dogs. If she's not working on her latest sexy story, you can find her reading, watching reality television, or indulging in her unhealthy addiction to rock concerts.

Interview:
Hi Elizabeth, I appreciate your taking the time to visit with us today.

Thank you for having me.

1.       What character was your favorite to write for in this story? Why? 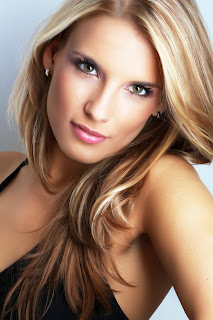 This series is centered on the personality of Katherine, so without a doubt she was the one I connected with and was my favorite to write about. She’s naïve, rather innocent, submissive but with hidden strength and courage she discovers inside herself when pushed a bit over the edge. She’s a woman who has many thoughts, ultimately in due time turning those thoughts into action; liberating herself from the confinements of her husband. There is a lot going on with Katherine and that’s what made this story so exciting to develop and write.

I’m a single woman in her thirties. Many of my friends are married and I’m what you would call a hopeless romantic. Katherine was a bit like I was when I was in college. When you’re 19 and meet the man you are going to marry, you think you’re set for life. That was Katherine’s plan and I also thought it was mine at one time. Part of it was because I believe this is what society wants us to think, and so Katherine’s journey into marriage unfolded into what she thought was expected of her. She was to be an obedient housewife who took care of her husband. In the meantime her husband wasn’t being fair to her, and was leaving her vulnerable. Katherine’s transformation became my inspiration.

I truly believe women hold up half the sky. Many women don’t have the courage to say what they truly feel or are held back by their husband or men in their life. Time and again I have heard women complain about how their husband is treating them or how a boyfriend wasn’t loyal. It’s not fair for us women to sit back and accept it as if we’re second class citizens. Katherine made this realization and she ran with it! That’s what makes Katherine such a great character to follow during this thrilling journey she embarks on and I encourage all women to read it.

Wow. That is very challenging for me to narrow to just one scene, however I really like adding the romance and sex to a story. It’s very fun to let my imagination go and really get into the fantasy.

3.       What was the hardest thing about writing this story?

This was my first attempt at intertwining romance with suspense. It was initially very difficult to allow my words to tell a story that was believable.

4.       What would you say is your interesting writing quirk?

Is it weird that I like to write in only my underwear? Haha.

I get lots of inspiration from other authors. When I was playing out the storyline for Curiosity Killed The Kat I drew upon great writers such as Dan Brown and John Grisham. But I wanted to add a strong female lead twist to my story. I wanted Katherine to find empowerment in making her own decisions and being a strong, independent woman. But in order for her to have this so called “wakeup call” she needed something to ignite the flame. Many of these ideas were drawn upon by other authors work.

6.      Please let readers know where they can connect with you and purchase your books...

I absolutely LOVE to connect with me readers on my Facebook Page. Come and have some fun there - https://www.facebook.com/ElizabethNelsonRomance

Anything additional you want to share with the readers?

Thank you for the support and don’t forget to connect with me on Facebook!

Thanks for having me ;-)