Book Review of Cocaine Zombies
Sponsored by Pump Up Your Books

Samuel Roberts, a small-town lawyer in Urbana, Illinois, is contacted by a prospective client accused of selling cocaine. Nothing Sam hasn’t handled before. Or is it? Thomas is accompanied by a mysterious and exotic beauty named Chloe. Who is she, why is she paying for Thomas’s defense, and why is the accused so antsy around her?
Soon after Sam takes on the case he is plagued by terrible nightmares. Only, in these nightmares, when he dreams of death, people die. Realizing that he is out of his depth, Sam enlists the help of his friend, Bob Sizemore. Bob is oddly insightful about the supernatural and deeply suspicious of big business and the government. Sam and Bob soon discover that a major German pharmaceutical company has been using human guinea pigs to test a highly addictive and dangerous derivative of cocaine first developed in Nazi Germany. Combined with ancient herbs provided by a Voodoo priest, the substance has become increasingly addictive and dangerous.
After Thomas’s head shows up in Sam’s refrigerator, suspicion naturally falls on him. Now he has no choice but to face the forces of evil head on. But how do a small-town lawyer and a computer geek defeat an enemy with the power to enslave mankind? 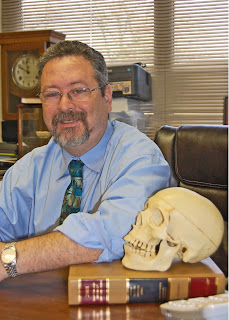 Author and attorney Scott A. Lerner resides in Champaign, Illinois. He obtained his undergraduate degree in psychology from the University of Wisconsin in Madison and went on to obtain his Juris Doctor degree from the University of Illinois in Urbana Champaign. He is currently a sole practitioner in Champaign, Illinois. The majority of his law practice focuses on the fields of Criminal law and Family Law. Mr. Lerner lives with his wife, their two children, and their cat Fern. Lerner collects unusual antiques and enjoys gardening, traveling, reading fiction and going to the movies. Cocaine Zombies is his first published novel. Coming soon, the sequel: Ruler of Demons.

You can find Scott online at scottlerner.camelpress.com
Other:

Okay, I had two thoughts when I saw this title… new virus transmitted through drug makes zombies or allegorical\satirical comment on society.  Either way worth a read.  Both are true and not true.

No we do not have a post-apocalyptic type virus transmitted in cocaine making flesh rotting zombies, nor is this story an allegory of the impact of drugs (ie cocaine) making zombified people thereby giving a satire on the human condition (something I was strongly leaning toward given the vocation of the author).  Rather this story is a compelling, detailed (a little too detailed at times as I had bronchitis while I read this and had to stop a couple times to not toss my cookies over the graphic and visual word pictures) horrific race through a story involving a head in the fridge and a fabulous voodoo witch.

I give this story 5 out of 5 clouds, and remember why I only read horror during the day with all the lights on and my hands over my eyes … but I always peek.

As an aside, I read several interviews on other blogs and I think Scott has a witty and clever turn of phrase.  My favorite reason he gave for reading the book (of the interviews I read) was “When the Borders went out of business in Champaign it was replaced by a liquor store. We want to keep the bookstores in business so people still have an alternative to drinking.” Located in “The Examiner” (http://www.examiner.com/article/interview-with-scott-a-lerner-author-of-cocaine-zombies accessed on Tuesday, November 20, 2012).

This product or book may have been distributed for review; this in no way affects my opinions or reviews.
Posted by Wall at 2:48 AM