Book Review of Rob Seablue and the Eye of Tantalus

A magical curse has been unleashed and Connecticut teen Sorcerer Rob Seablue’s best friend has been seduced by evil magic. To save his best friend—and to save the world from his best friend—Rob will fight magical duels, decipher an ancient riddle, and help sad, depressed teenagers to be happy and self-confident so that the curse can’t destroy them. And he will wage a war against the evil magic all while seeing heavy metal rock shows, going on dates with his girlfriend, doing his homework, and avoiding getting grounded by his father for staying out late! A unique novel at the cutting edge intersection of teen urban fantasy and libertarian/objectivist fiction, this novel can be described as “Atlas Shrugged” meets “Harry Potter.”

"What more could a libertarian novel reader want? . . . The book is ingenious throughout and most ingenious at its end -- ingenious, I might add, without losing plausibility. Actually, the story continually becomes more plausible, as well as more exciting." - Stephen Cox, Editor, Liberty Magazine 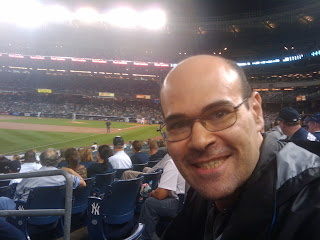 Russell Hasan lives in Connecticut. He is a graduate of Vassar College and the University of Connecticut School of Law, and is a lawyer/novelist/philosopher. He is politically libertarian (socially liberal, economically conservative). He is also a fan of the New York Yankees. More information about him (as well as free short stories) can be found on his website: http://russhasan.blogspot.com.

Review
Very interesting storyline.   Really had a lot of things that make you think.  The basic principle that the lead character continually lauds is that you have to make the effort to take responsibility for your life and attitudes.  Basically people have problems, get over it and do what you can to make yourself happy since only you can.

Love the idea and the story is charming and well written.  I definitely will have my son reading this one, since he tends toward the melancholy.

This product or book may have been distributed for review; this in no way affects my opinions or reviews.
Posted by Wall at 4:09 AM