Book Review of Falling: Book One of the Girl With Broken Wings Series

Book Review of Falling: Book One of the Girl With Broken Wings Series
Sponsored by Innovative Book Tours

The intellectual challenge of college and the warm embrace of a serious boyfriend have given Maya the wings she needs to break away from her bookish and shy reserve. Her ideal life comes crashing down when she and her boyfriend are accosted by a stranger. A stranger with glowing hands.

Maya's boyfriend is killed. She is kidnapped. Changed.

A rescue comes, but not soon enough.

Maya’s senses sharpen, her body becomes strong and agile, and she develops the ability to visually see the emotions of those around her as colorful auras…beautiful auras…tempting auras.

And then there’s the song…

Now, Maya must struggle to control the murderous appetite that fuels her new abilities, accept her altered condition and learn to trust two vigilante half-brothers she never knew she had. As she joins the battle against a secret network of powerful and destructive beings that call themselves "Angels", Maya vows to find and destroy the one who changed her.

On the bright side, at least Maya's oldest half-brother has stopped trying to kill her.
About the Author: 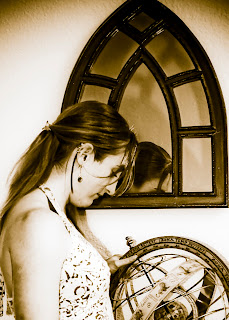 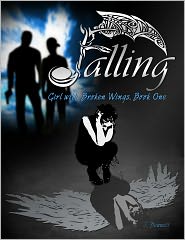 J Bennett is a copywriter and copyeditor living in California. Falling is J Bennett’s debut novel and book one in the Girl With Broken Wings series. J Bennett has also written a follow-up novella, Coping, and will be releasing book two in the series, Landing, on Jan. 10th.
To celebrate Landing’s release, Falling will be available for FREE on Amazon from Jan 10 – 14th. In addition, J Bennett will be hosting a book launch event for Landing on Facebook on Jan 10th, which will include several fun surprises and giveaways, including a $50 Amazon gift card. Visit J Bennett’s Facebook page to RSVP for the event. All readers are welcomed. Also, if you like your heroes a little flawed, your humor a little dark, and a good helping of action and Chuck Norris jokes, set yourself a reminder to download Falling for free Jan 10 – 14th.

You can also learn more about J Bennett at her blog, www.ShyWriter.com; her website, www.JBennettWrites.com; or on Facebook at www.Facebook.com/jbennettwrites.

Chapter 6
“Your head,” the boy with elf eyes murmurs as he puts me into a car. Then, “this is, um, awkward.” He can only get me half in. I hear his steps moving quickly around the back of the car. He opens the opposite door and pulls me the rest of the way across the back seat.
“Thank you,” I say. I want to touch the blue glow around him. This will soothe the pain inside of me. Not pain. Hunger. Great, gaping hunger. I am shivering, still sweating. The strap of my bra has fallen to my elbow.
“Do we, uh, have a blanket in the trunk or something, Tarren?”
“Get in the car.”

Unique take on Angels. I seem to be on a streak of missing children returned.  But this sister was adopted into a wonderful family and doesn’t remember her birth family.  And now she has been found, but she isn’t exactly as she was when she left… and I don’t mean that she is older.  No, she has been changed into something different.  And she is falling or fallen, depending on how you look at it.

Definitely a unique book.  I truly enjoyed reading all the different take on things.  I give this book a 4.5 out of 5 clouds.

This product or book may have been distributed for review; this in no way affects my opinions or reviews.
Posted by Wall at 3:30 AM