Giveaway and Book Review of Beneath Southern Skies

Giveaway and Book Review of Beneath Southern Skies 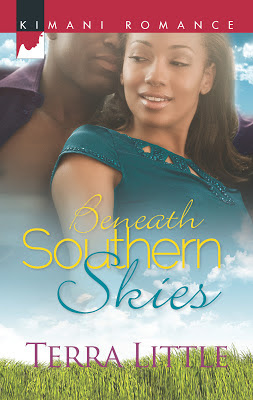 To the world she's Vanessa Valentino, the poison-penned gossip columnist and blogger, but back in Georgia, she's just Tressie Valentine. After digging up one scandalous secret too many, she's forced back home to the sleepy town she thought she'd left behind forever. And now she must face Nathaniel Woodberry, who became her sworn enemy when one of her stories hit too close to home. Yet for some reason, Tressie can't turn off her longing for the irresistible investigative journalist.

Nate can't believe Tressie's back to wreak havoc on the close-knit community they both grew up in, and he can't help holding a grudge against her past deeds. But soon the commitment-wary bachelor discovers that the Southern belle is still a compassionate, loving woman. Nate finds himself drawn to her and he can't stop thinking about seducing her with a healthy dose of down-home passion. But can he stop Tressie from making a mistake that could destroy their hometown—and their blossoming love? 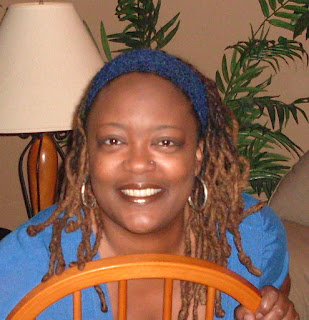 Terra Little is a native of Missouri, where she currently resides and works as a secondary English Literature teacher. She is a critically acclaimed contemporary, romantic, and women's fiction author, and also an avid reader. In 2009, "Where There's Smoke", Terra's sophomore literary effort, was named a Best Book by Library Journal. Prior to this honor, as well as in the aftermath of it, Terra's work has been recognized by numerous book clubs and book reviewers, including Kirkus Reviews, The San Francisco Book Review, Fresh Fiction and The Romantic Times.

The shower.
It was going full blast and she was singing along with the water’s spray. No, that wasn’t quite right. Actually she was singing—horribly—over and above the water’s spray.
The sound of her voice scraped across his nerves like fingernails on a chalkboard, spiking his irritation level into orbit. Without stopping to think about what he was doing, he barged into the steamy bathroom and snatched the shower curtain back.
“What the hell are you doing here?” he bellowed.
She turned just as a blast of cool air slammed into her skin, and then visions of warriors rushing in for battle flashed before her eyes—big, strapping men with bulging muscles, bloodthirsty expressions on their faces, and mighty swords slicing through the air. She saw herself being impaled to death and then buried in a shallow grave deep in the woods, where no one would ever find her. She saw, as plain as day, the likelihood that no one would even bother to look for her because the sad fact was that she wasn’t the most popular person in the world and she had no real friends to speak of. Every questionable deed that she’d ever done played before her eyes like a movie. Her killer would go unpunished and her death would be in vain. The public would probably celebrate once her true identity was revealed. They would—
Oh God. She was going to die.
Partially blinded by soap bubbles and completely on the verge of hysteria, Tressie opened her mouth and did the only thing she could think to do under the circumstances. She screamed at the top of her lungs.
It seemed like an eternity, but it really took only a few seconds to wipe the soap bubbles from her eyes and focus. When she did, the first thing she saw through the steam was a pair of gorgeous hazel eyes staring into hers. Expanding her gaze to a wide-screen view, she took in a pair of perfectly shaped lips and a dimpled chin, thick eyebrows and smooth pecan-brown skin. Something in her brain eventually clicked and she recognized Nate Woodberry, but that didn’t stop her from continuing to scream like a banshee. The only difference was that this time the sounds she made were intelligible. “What the hell,” she shrieked frantically as she snatched the shower curtain from his grasp and wrapped it around her body, “are you doing in here?”
“I rang the bell. You didn’t answer.” He was the epitome of calm.
“So you just walk right on in and make yourself at home?” She slung her wet hair back and out of her face and shut off the water. “Idiot! Hand me a towel from over there, would you?” She snatched the towel he handed her and only released her death grip on the shower curtain long enough to make the trade. The fact that he had undoubtedly seen more of her naked body in the past thirty seconds than her doctor had in years burned her skin to a cherry-red crisp, especially since he hadn’t so much as given it a second glance in all that time. So much for cutting back on sweets and working out like a demon. 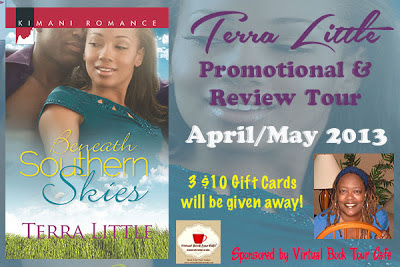 You know that couple that doesn’t get along before they start dating?  I had a friend like this.  They harassed each other all the time, seemed to hate each other.  Next thing you know they’re dating.  It’s that fine line between love and hate that you have to watch for.

Nate hates Tessie, right?  He doesn’t like her job and therefore she is someone he hates… because of what she almost did, but didn’t.  Tessie thinks Nate is a snob and a bully.  Of course neither of them ever noticed how good looking the other was.  So as Tessie says the answer is a summer fling while they work to save their hometown.  What happens next is not what either expected…except for the bad ending!?

You’ll have to read it because it’s too juicy to spill here.  I laughed, I cried, I wanted to shake them until their teeth rattled.  Enjoyed reading the historical information on the underground railroad.  Definitely a summer reading must.


This product or book may have been distributed for review; this in no way affects my opinions or reviews.
Posted by Wall at 3:00 AM