Working Tokyo nightclubs is easy money for beautiful and troubled American Val Benson - until a client with a rather unusual hobby - painting the private parts of his female liaisons - reluctantly gives up a map to a stash of Japanese war loot and tempts his favorite girl into a dangerous treasure hunt.

The Congressman's daughter is not the only one interested in the map: yakuza, bent cops, human traffickers, rogue CIA agents and her father are hot on her trail, snapping at her high heels.
So begins the dark, epic journey of a new anti-hero of Asian Noir, a protagonist both ambiguous and courageous, and utterly unreliable. From comfort women and tomb-raiding in Japanese-occupied Burma to the murderous echoes of the Vietnam War, long forgotten crimes come roaring back to life, as Val leaves a trail of destruction and chaos in her wake.
Together with her best friend, the equally unreliable nightclub hostess Suki, Val travels through Tokyo, Hong Kong and Bangkok to the Thai-Burmese borderlands for a dramatic showdown with her pursuers. Finding the treasure before everyone else does is her only hope for survival, and perhaps redemption.

"Val Benson - a rich kid with a few family secrets in her locker winds up in a Japanese hostess bar before entangling herself in a treasure hunt for lost gold in the Thai / Burmese jungle. Along for the ride are Suki (great name) her Japanese hostess friend, Muddy (again great name choice) a gritty Australian treasure hunter, and Simon- a sarf Londan kick boxer.

Reminiscent of Karin Slaughter's Tokyo the beginning opens with Val arriving in Tokyo, finding her feet in a hostess bar, and meeting an old flame who happens to be a lawyer working on busting former Japanese war criminals. One of whom is also Val's number one customer, painter of female genitals, and holder of a lost treasure map. Val goes to the client's home, takes the treasure map along with a bag of cash, battles C.I.A agents, watches the old war criminal nearly die, and escapes with her life, the cash, and the map. Her diplomat father gets her out of the country to Hong Kong where she meets up with Muddy and then onto Bangkok where the search for treasure starts proper.

Gaijin Cowgirl is a high-octane chase thriller; the action level only drops when the author fills us in with historical details - all of which are probably not a hundred percent essential to the plot - interesting nonetheless. The cast is wide and colorful and the backdrop always illuminating. This is a fine first novel by author Jame DiBiasio who moved to Hong Kong from New York in 1997. DiBiasio has researched and structured his novel well, tension rises and lowers, the plot is strong and well resolved. Val finds out something about herself, her family and her place in the world during this adventure. And that, my fellow readers, is what writing character adventure fiction is all about."-J. Newman, Amazon.com Reviewer 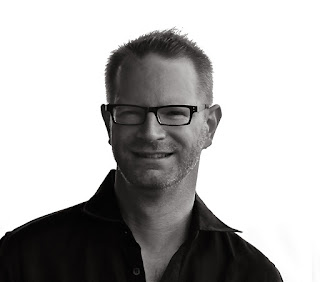 Jame DiBiasio is an award-winning financial journalist and editor. He is author of the non-fiction The Story of Angkor (published by Silkworm Books in 2013) and blogs at http://asiahacks.com. He lives in Hong Kong.

I appreciate your taking the time to visit with us today.

It’s my pleasure. Thanks for having me.

À      Please tell us about yourself and your writing.

Like most writers, I have a ‘day job’. But I rely on it to fuel my writing, at least to some extent. I’m a financial journalist based in Hong Kong, and that job has allowed me to travel widely and interact with people of different cultures, over a period of many years. Although my novel, “Gaijin Cowgirl”, has nothing to do with finance, it does take place in countries I visit regularly, such as Japan and Thailand. And it’s set in the real world, so having a basic handle on local history and politics is just as important as knowing about the more sexy stuff that gets into the book. That said, I’ve been writing since I was a kid, so that part is just, you know, DNA.

À      Please tell us a little bit about your upcoming release.

“Gaijin Cowgirl” was published in March by Crime Wave Press, which specializes in Asian crime fiction. My book is a thriller based around an American woman, Val Benson, who is working as a hostess in expensive ‘gentlemen’s clubs’ in Tokyo. Her number-one tipper is a sinister figure with a map to treasure stolen in World War II. Violence, chaos and chases ensue.

À      What character was your favorite to write about in this series? Why?

Val, hands down. She’s an anti-hero, a superficial party girl, who relies more on her looks than on her brains to manipulate men and get her way. She makes a great hostess but when things get ugly, she has to dig pretty deep to find an inner intelligence and courage to survive. Writing a story about bar girls in Asia from a woman’s perspective was challenging but a lot more rewarding. It made the difference between a serious novel and titillating trash.

À      Which was your favorite scene to write?

I like cool, hardboiled dialogue, and I enjoy the action scenes. “Gaijin Cowgirl” has plenty of both. There’s a bit where a corrupt CIA operator named Maxwell tracks down Val and her buddies in a Bangkok bar. Val uses her looks and charm to lull him into thinking she’ll give in to his threats. There’s a few scenes like that, where Val manipulates men’s sexual impulses to advance her quest – usually followed by something going wrong and that’s when the guns come out.

The structure was a challenge. The story dips back in time, to World War II Burma, and Vietnam-era Thailand, to link together a thread that connects Val’s family with the mayhem taking place. Getting that right, and telling it in an entertaining way, required a lot of thought.

À      How do you make your work unique from other authors in the same genre?

“Gaijin Cowgirl” is fiction but it’s based squarely in this world. It unearths a lot of forgotten history – or history that certain groups would prefer we forget. This includes how the Japanese enslaved ‘comfort women’ and links that to modern-day human trafficking; the worst aspects of the US involvement in the Vietnam war; and the realities of life in the underbelly of cities like Tokyo and Bangkok. But while those themes are present, they exist to serve the story. “Gaijin Cowgirl” is above all a crisply paced form of entertainment.

À      What is the hardest thing about character development?

Sometimes it takes a while to really understand who your character is and what he or she is about. It’s a discovery process that progresses as I write, which can sometimes mean having to go back and change things – because the character you finish with isn’t the same person at the beginning of the book. I was a bit lucky with Val, though: I had her pretty pinned down at the start.

Another challenge is writing characters from other cultures, whose first language isn’t English. Making them real and giving respect and understanding to their values, and avoiding cliché and cheap shots, takes time. Even harder is capturing the mindset and ear of characters from around the English-speaking world. I’m an American; if I get an Asian voice wrong, most readers won’t notice, but it will be painfully obvious if a British or Australian voice is off.

À      Why did you decide to write in this genre or about this storyline?

Do you pick the genre or does the genre pick you? I don’t know. I read a lot more widely than thrillers and noir, but those are the most fun. And they are a great way to delve into deeper subjects – corruption, human trafficking – as well as explore cultural clashes, and remain dedicated to the need and desire to entertain.

À      What do you hope that readers can take away from your stories?

First that they really had fun; that investing in reading “Gaijin Cowgirl” was a rewarding use of their free time. After that, I hope they’ve learned a little something about culture and life in Asia, and some of its history – including some of the less salubrious interactions with the US.

À      What are your favorite books to read and why?  Do you have a favorite genre?

I read widely and not just in one or two genres, although I do enjoy noir and thrillers, particularly American hardboiled stuff and British espionage. I go for the classics: Raymond Chandler, Dashiel Hammet, Hemmingway, Graham Greene, John Le Carré. And also some of the ‘newer’ guys such as Elmore Leonard, Denis Johnson and James Ellroy: they’ve been around a long time too, but their voices are more contemporary. I’d also throw Steven King in there. But I like other stuff: modern British writers like Ian McEwan or David Mitchell, Japanese modernists from Tanizaki to Abe, the short stories of Yoko Ogawa. I actually read Greek tragedy for pleasure.

À      What can we expect from you in the future?  Are you currently working on anything?

You bet. Another publisher, Silkworm Books, is coming out with a non-fiction book of mine this August called “The Story of Angkor”, which is a history for tourists visiting the famous monuments in Cambodia. I have another Asian noir that should see the light of day next year.

My publishers at Crime Wave Press have lined up a series of book tours over the internet. Given I live in Hong Kong and most English-speaking readers are elsewhere, the virtual world is the way to go these days.

À      Any last words? Anything additional you want to share with the readers?

If you like thrillers, foreign adventures, action, great characters, strong dialogue, martial arts, hostesses, crime, seduction, history, pace, anti-heroines and something new, then you know what to do. (“Gaijin Cowgirl” is available on Amazon.com for both ebooks and paperback versions.) Other than that, I appreciate the chance to visit here. Thanks for the questions.

Having read the blurb I was expecting a story that was something like a cross between “Golden Girls” and “Terminator”.  Not quite a blockbuster type movie, but better than a ‘B’ movie.  So I was pleasantly surprised to find this story to be quick-witted, with plot twists I totally didn’t see coming, and fabulous characters with quirky personalities and human foibles that made them endearing.  That said, if this was a movie I would not take my children.  While there is violence, it was in line with the era of the story and could be handled with a discussion (given that I have 14 and 17 year old teens), but some of the twisted sexual issues are not things I would want to have to explain.  This is especially true to the things based on true accounts.  I find the discussions we have about wars and history difficult enough without adding creepy sexual issues to the matter.  That however is strictly a personal preference as I prefer to keep my naive children naïve.

I have nothing but praise for the story.  While, at times, the story seemed to wander a bit, this was always proven to be important later.

I give this book 4.5 out of 5 clouds.  I could have done without the particular depravity of The Painter.

This product or book may have been distributed for review; this in no way affects my opinions or reviews.
Posted by Wall at 1:03 AM