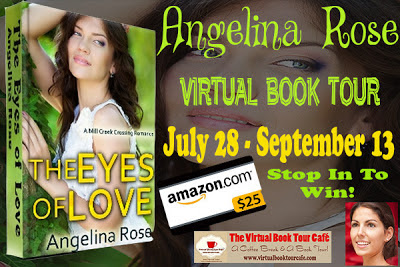 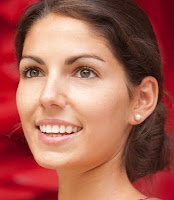 Angelina Rose has wanted to write ever since she could hold a pencil. The first daughter of immigrant parents, Angelina had her head buried in books, lost in a world of heroes, heroines and exotic places.

It was a shocking experience that jump-started Angelina's author career.

"I awoke in the ICU... I had been unconscious for several days," Angelina says.

In 2010, Angelina had a long stint in hospital following her involvement in a motor vehicle accident: the longest time off work (as a Registered Nurse), she'd ever had in her life!

It was then she took up pen and paper and started to write again, just as she had done when she was a child. She wrote four short fiction stories for young adults, entered them in several competitions, and managed to win three first prizes!

The "Starting Over Series" is another contemporary romance series she wrote about a subject she knows well... nurses and their love life. At a recent reunion of her graduating class, she could not help but notice how the same girls would group together and laugh, chat, and even shed some tears over their lives since graduating. Many of the girls had divorced... so Angelina thought "what if a group of the nurses came up with a plan to meet in two years and have a new love story to share?" Then the first story in the series was born.

There is always a story running around in her head. A man with thick dark hair, gray-blue eyes, with an engaging smile and a quick wit... or a girl crying over a broken relationship. She finds herself talking to these characters during her day: when she's doing dishes, or bathing babies at the hospital. These characters crop up on days at the beach or on walks through the neighborhood. This is how the stories start to grow.
Angelina's mother was an author, so Angelina grew up with a love of words and stories. If she wasn't writing a short story about something that took her fancy, her head was buried in books... reading, reading, reading, as her brother constantly told her...

When she's not spending time with her goodlooking man, or quality time with her laptop, she's working at the hospital, hanging out with her family and friends, or walking her two dogs around the neighborhood. Angelina spends as much time as she can traveling, then coming home and including some of those adventures in her stories.

Angelina really loves to hear from her readers and she invites you to connect with her on Facebook as she interacts daily with her readers there!

After a tragic loss five years ago, Sally Overby becomes an Attorney in Atlanta. She convinces herself that all she'll ever need again is her young son, David, and her life as an attorney. Until one day, Colin Dean barges back into her life and promptly blows her safe world apart, driving her crazy as only a guy she'd had a "school girl crush" on can.

Although shocked and thrilled by Colin’s attention, Sally is wary to love deeply. Only, with every loving look Colin gives her plus every sweet kiss, as the attraction between them sparks, she can’t help but wonder if she’s met the one she should be with. And although Colin didn’t realize his life was going to change so quickly, amazingly, he isn’t the least bit interested in fighting that change. Instead, he’s gearing up for a different fight altogether… the one for Sally’s heart.

Will Colin be able to convince her that's it safe to love him... and that forever isn't really out of reach?

Romantic, amusing, and deeply moving, Book 4 in the Mill Creek Crossing Romance Series, is a tale that will stay with you.

The Eyes of Love is a novella… you will be able to enjoy it in just one day!

"Well, if it isn't the handsome Colin Dean," she said fanning herself and smiling. Gracie was older than he was, but he remembered her younger sister, Eva, quite well. They'd all hung out together at parties when they were younger, and Gracie had been a fixture at Stella's for years even though she recently came into some inheritance money.
"Hey, sweetie," he said kissing her on the cheek. Women loved Colin because he made them feel good, and he was always kind. Stephanie hadn't been able to take that away from him.
"I'll never wash this cheek again," she said touching her face and smiling. "How are you, honey?" she asked with a frown.
"Hanging in there."
"I hate to see you so sad, Colin," she said sliding into the booth across from him.
"I'll be fine, Gracie."
"I know you will, but if you ever need to talk..."
"Thank you, but I don't. Not yet anyway. The divorce was finalized last week."
"I'm so sorry about Stephanie, but she was never good enough for you."
"Gracie..." he said shaking his finger at her.
"It's true. Ask anybody. That woman is trouble with a capital T. Always has been," Gracie said, refusing to mince her words. She'd despised Stephanie since she first met her.
"Glad you're always on my side, sweetie," he said rubbing her hand and laughing. "I sure wouldn't want you on my bad side!"
"Good thinking. Oh, crud, I've got a customer," she said as she slid out of the booth and headed back up to the counter.
"Dean!" he heard a voice call from behind him. It was one of his baseball buddies, Cal Erwin. "How are ya, man?"
"Good. Where've you been lately?" Colin asked as Cal dropped down into the seat.
"Well, I went out to California to visit my brother for a few months. Played in a band out there and gathered up lots of ladies along the way," he said grinning.
"Glad you had a good time."
"Where's Steph?" Cal asked.
"I have no idea. We're not married anymore," Colin said as he looked at his menu.
Cal's mouth dropped open. "What?"
"We divorced, Cal. She screwed Jazz and I walked in on them." Cal's mouth dropped open yet again.
"Dude..."
"You know, we're not sixteen anymore. You should stop saying dude," Colin said with a chuckle.
"I'm sorry, man. I had no idea."
"No biggie," he lied.
"I can't believe Jazz..."
"Look, can we not talk about it? It's kind of old news, and I'm really done discussing it," Colin said pointedly.
"Sorry. So, are you skipping the reunion then?"
"Of course not. Why would I? 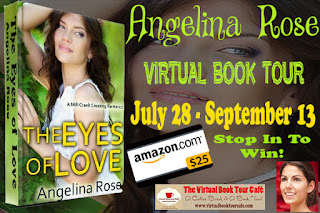 Told from an outside point of view (omniscient) we are able to see into the minds of the characters, which is good because we might side with Sally otherwise and be wary of Colin.  After suffering a horrible divorce because of finding his friend and wife sleeping together, Colin falls head over heels for Sally.

I found that Colin was a pretty predictable man  who frequently hid his feelings from others and pretended things didn't bother him as much as they did (see the excerpt for an example).