Excerpt and Book Review of The Portal & The Panther 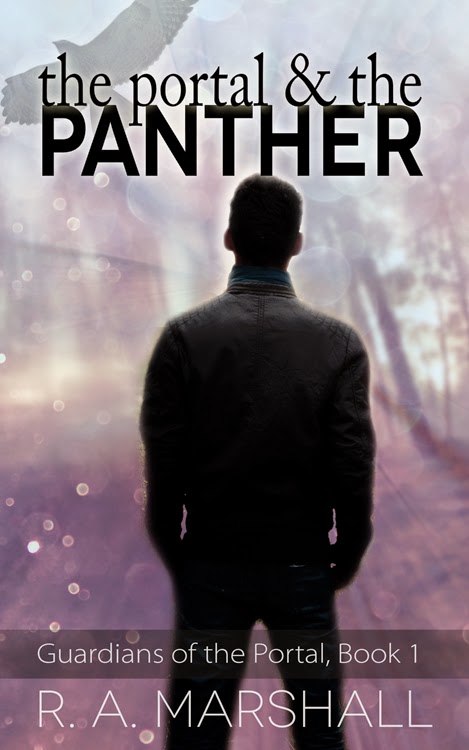 Title: The Portal & The Panther

The only thing seventeen year-old Jon Parker wants is to escape his sleepy hometown of Mecksville, Arkansas. But everything changes when Jon stumbles into the boys’ bathroom and transforms into a black panther.

Without choice, Jon is thrust into a world where parallel universes are real, shapeshifters exist, and dangerous “intruders” can control the elements with a mere thought. Jon learns he’s inherited his shapeshifting ability from his long-dead mother, and now, like it or not, his mission is to protect our world from invaders from other worlds.

But is it a mission Jon will accept? His decision will determine the fate of the people he loves -- and our whole world.

My first attempt at novel writing was when I was ten years old.  At the time, I was writing fan fiction, without realizing what fan fiction actually was (I don’t think the term existed yet).  I had just finished reading Tunnel in the Sky by Robert A. Heinlein for the second time and, for the second time, couldn’t stand that the book was ending.  I needed some sort of sequel. I think I got about 12 handwritten pages into my Tunnel in the Sky sequel before my father pointed out that I’d never be able to publish it. 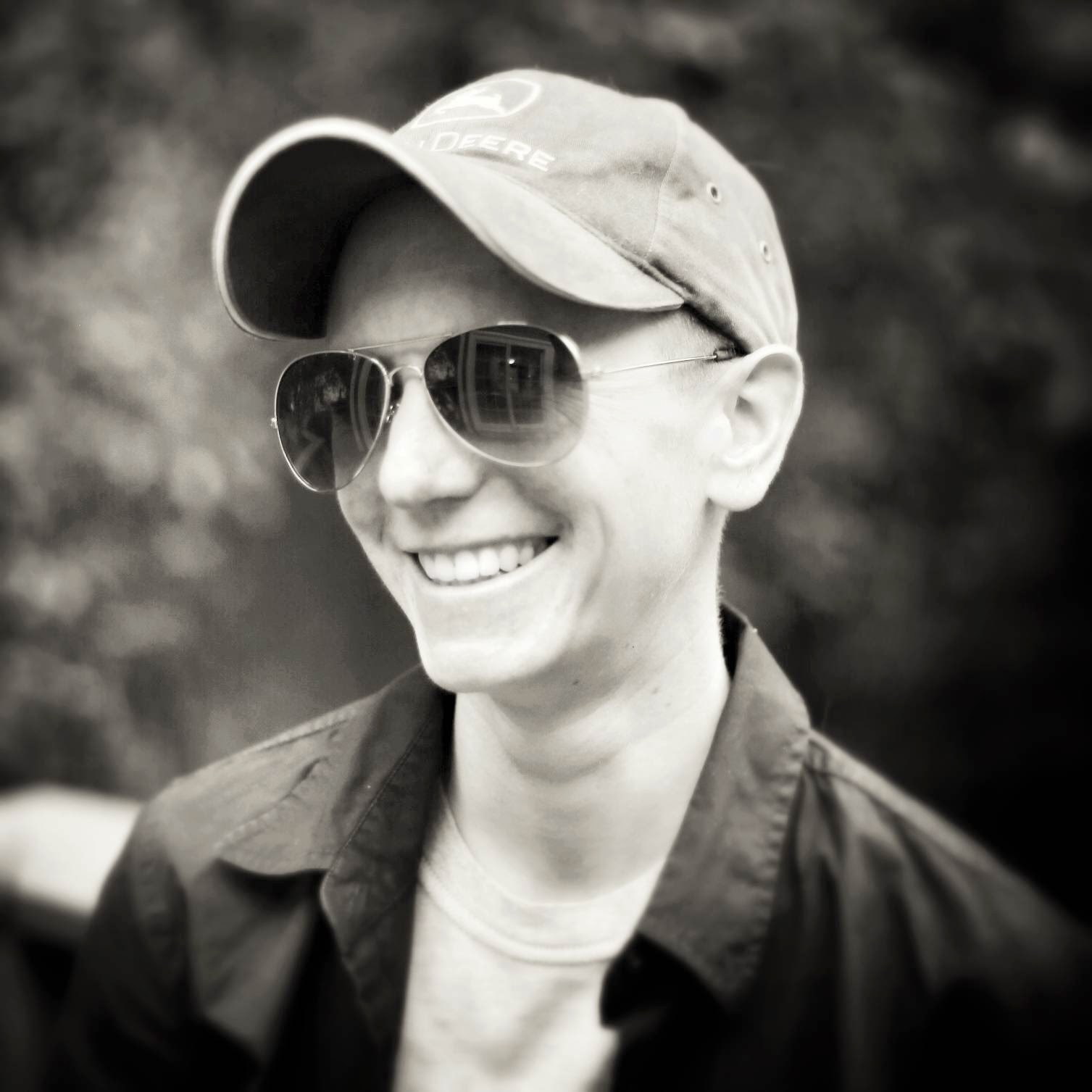 I tried writing novels again some time in college, but that was the period in my life when I took myself faaaaaar too seriously. If you’re over the age of 23, you’ll know what I mean by that.  I was only interested in writing something Important, something that Mattered, and consequently wrote no more than about 10,000 words before giving up.  In my heart, I didn’t want to write Les Mis or War and Peace, but The Lion, the Witch, and the Wardrobe.

When Kindle came along and I stopped buying actual paper books, I realized that there was a revolution going on in the publishing world.  As I heard tales of self-published authors meeting with unprecedented success, I decided it was time to dust off my fiction writing skills and join their ranks.  I could finally just write for the hell of it and never have to worry about what a publisher would think or what anyone else would think.

I finished the first draft of The Portal and the Panther in April 2014; I plan to publish it in January 2015.  Meanwhile, I’m hard at work on the second book in the Guardians of the Portal series, The Girl Between Worlds.  I hope to also have it ready at the same time as The P and the P. 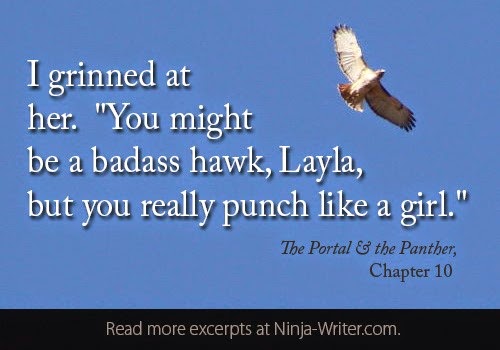 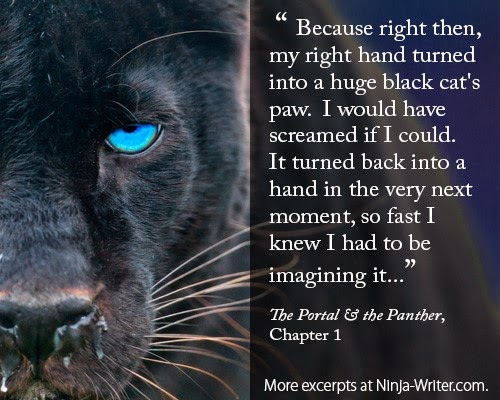 My back was itching and burning.  My arms and legs felt like I was being stretched out on a medieval torture rack.  And I had a weird, tingling, pins-and-needles pain at the base of my spine.  It traveled up and down my back like an electric current.

I opened my mouth to call out for help, but no sound came.  I was lying on my back like an upside-down cockroach that couldn't flip itself onto its legs again.

That was when I thought I started hallucinating.  Of course, I wasn't hallucinating, but I wouldn't figure that out until later.  Because right then, my right hand turned into a huge black cat's paw.  I would have screamed if I could.  It turned back into a hand in the very next moment, so fast I knew I had to be imagining it, but then my left hand turned into cat's paw.  At the same time, I felt a horrible pressure in my jeans, as if they'd suddenly shrunk by five sizes, and I heard the sound of fabric ripping apart.  The seams of my t-shirt popped, then the whole back of the shirt ripped up the middle.  The pounding in my head kept getting worse and worse, my vision got watery, then really sharp, and instead of sounds coming from down a long tunnel, I felt like I could hear everything happening in the whole damn school.

Usually you can barely hear the announcements from inside the bathrooms, but I could hear them as if the volume was turned up to full blast and I had my ears pressed against the speakers.

"HEY MECKSVILLE HIGH!  DID YOU KNOW THAT THERE'S STILL TIME TO JOIN THE YEARBOOK STAFF?!" 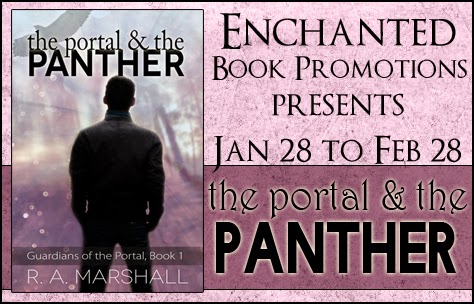 I could hear the voices coming from Mrs. Mullhooney's room and from the room next door where the girl in the hall had come from.  Despite distance and two doors between us, I heard them as if they were standing right next to me, shouting at me.

"DID YOU HEAR ABOUT JARED AND JADEN?  I HEARD THEY GOT INTO IT AT THE GAME LAST WEEK..."

Somewhere in the girl's room next to me, a toilet flushed and a stall door opened, then bounced twice.  I tried to cover my ears with my hands, but my arms didn't want to work.  I kept trying to move them up towards my head, but they just wouldn't cooperate.  And my hands had turned into big cat's paws again.

If the noise was unbearable, the smell was worse.  The boy's bathroom had smelled awful when I walked in; now it was as if someone had swabbed the floor and all the toilets with a q-tip and then stuck it under my nose.

That's when I finally passed out.

Exciting coming of age/shifter story.  I enjoyed the confusion and anger of the main character, because it’s exactly how I would have reacted if this had happened to me.  I find some books have the people way to accepting of stuff that it’s unrealistic.  I think the author did a good job of keeping things realistic.

The only thing I didn’t like was the ending.  I hate cliffhanger endings, especially when the ending doesn’t leave my imagination enough to work with to make things end up ok.  I admit it, I’m a sucker for happy endings.

Except for the ending, the book was very interesting and had a good mythological background.