Excerpt and Book Review of Stings 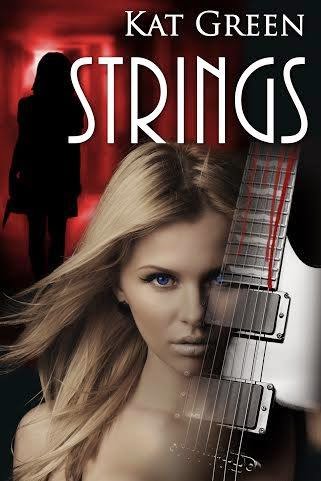 The rise of the Black Eagles was meteoric, from band practice in the garage to global stars almost overnight.

And Melissa Webb, the beautiful girlfriend of the front man, appeared to have it all.

But when Luke Black disappears without a trace and Melissa wakes up in a hospital bed after a savage attack, her perfect world is shattered and their lives are plunged into a potentially deadly crisis.

Where is Luke, and can he be found before it is too late? 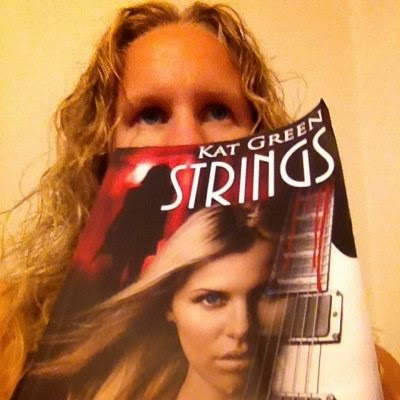 Kat Green was born Nov 1979 into a military family and moved around a lot during her childhood. This shaped her into the person she is today. She is at ease with meeting new people and adapting to new surroundings. Her family roots are from Stoke-on-Trent, Staffordshire. Kat now lives with her husband and son on the south coast of England, Portsmouth. She doesn't pretend to be the best and is still growing as a writer and having fun along the way. She loves books and has a busy imagination. Her love for music plays a big part in her first novel called Strings. Kat loves to watch live bands and can usually be found at gigs around the UK. In 2010 she lost her mother to blood cancer and it was time to put her words on a page and stop worrying about what people might say 'Life is too short and precious to waste' is her motto. Writing is her passion and her escape.

It was a strange feeling, having complete strangers so interested in what you were doing, but that was what they were trying to achieve to make the band successful, and was something they would have to get used to. Luke decided to post his own picture, and took a snap of Melissa, who was deep in conversation with Dale. He posted it, creating a buzz about how pretty the blonde was, and who was she?

‘What the fuck is she doing here?’ Melissa yelled as Amber, out of nowhere, casually walked through Toby’s patio doors, and confidently made her way towards Luke.

‘Hey, baby,’ she purred, placing her hand on his chest. Luke immediately recoiled and swept her hand away. Her expression turned from a smile to a frown. She was wearing a tight pink dress, and her hair was a little windswept.

‘What are you doing here?’ Luke yelled.

‘Is she mental?’ Beth looked genuinely shocked, but ready to drag the girl out. Dale took her hand, and held her back.

‘You didn't call like you promised. Last night was amazing,’ Amber purred, looking up at Luke and leaving him open-mouthed in amazement.

‘You have actually lost the plot,’ Luke said, looking anxiously at Melissa, who was on her feet and obviously seething. 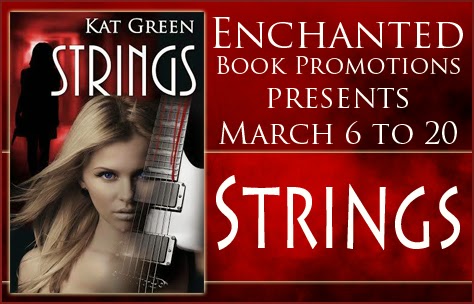 ‘What is she talking about?’ A feeling of dread rose in Melissa’s stomach as she checked his expression – she was encouraged that he seemed to be as confused as everyone else.

‘Amber, get out of my house. I mean it, leave now!’ Toby intervened and attempted to take control of the situation, grabbing her by the arm and pushing her back out of the patio doors. But she yanked her arm from his grasp and turned to Melissa. Her grin was almost evil.

‘Ask him where he was last night after band practice? He wasn't with you, was he?’ She pointed at herself and mouthed the words, ‘he was with me’.

A heartfelt romance set in the Rock and Roll music scene.  This story has it all, music, love, sex, drugs, kidnappings, attempted murder, and best of all a happy ending.  This story totally made me cry, which sometimes is what I like...although it freaked my husband out to wake up with me crying.  You think after 22 years he would be used to it.

This is a great read and I highly recommend it.  I give this book 5 out of 5 clouds.  But keep the tissues handy.