Book Review of The Sect: The Windgate

Book Review of The Sect:  The Windgate
Sponsored by LIEP

THE SECT: THE WINDGATE (Book 1 of the School of Ministry Series)
AUTHOR: BRAXTON A. COSBY 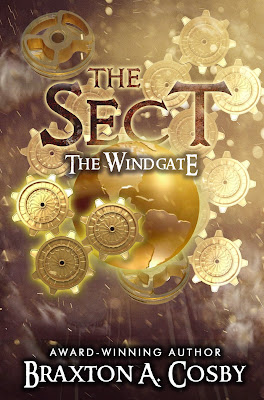 When Ziv is recruited by the secret society known as The Sect, he finds himself cast into a perilous journey of identity, love, and hope. As a Conduit, Ziv possess
the ability to see creatures of the night: demons. The Sect trains him along with two other trainees to be warriors of light and confront the challenges of the
treacherous Quad, in order to control their fear and hone their abilities. As an
untimely love triangle emerges, Ziv must control his emotions and chase down the evil Akabod before he can destroy The Windgate and banish the entire planet into enslavement by the underworld.

Multi-Award Winning and #1 Amazon Bestselling Author Braxton A. Cosby creates vivid, original stories that focus on relationships and world building that brings characters to life. Braxton received a lot of his inspiration from watching the accomplishments and exploits of his famous uncle, comedic legend Bill Cosby. Braxton is the CEO of Cosby Media Productions, a fullservice entertainment studio that focuses on producing content in the areas of television, film, music, radio and print media. Braxton is also an actor and radio show host. As a writer, Braxton’s novels explore the psychology of human connection, concerning themes of trust, faith and selflessness. He resides in Lawrenceville with his wife and three daughters.

"a story of hope, courage, and perseverance...a fun and entertaining read"- Examiner.com

"The Cosby gift of storytelling lives on in this page turning adventure." - Bill Cosby

Author of THE SHOEMAKER'S WIFE

"...a tantalizing tale of the ongoing battle of Good versus Evil in the supernatural realm...fascinating…Superbly enthralling, captivating, mesmerizing, tantalizing and downright good story!" - Readers' Favorite  5/5 STARS
"...kept me turning pages throughout...Cosby is able to render his themes with a steady hand."

Five years ago, one night changed everything. I was out horse playing with a bunch of friends, in the streets, acting crazy. We came to an old abandoned building and decided to play a game of hide and seek. But I played hide and seek a little too well, easily ducking away from the others, making my way to the lower levels undetected. As they scouted around looking for me, I lost myself, trapped in a maze of empty rooms. Trying to find my way back, I came across another group of other teens, making such a ruckus that I couldn't help but spy on them from a distance. But their horse playing was nothing like what we were doing. Boys. A pack of them and a lone girl, engaged in disturbing behavior. 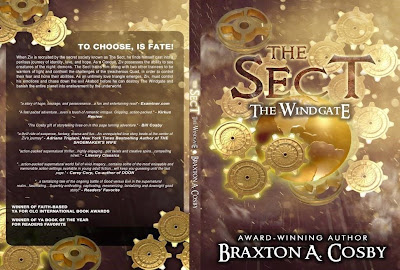 The boys were harassing her, hands everywhere. She cried out in screams that rattled my eardrums. My hands found their way over my ears, trying their best to block out the screeches. The more hands she batted away, twice as many appeared. They pressed in, grasping and groping. One of the boys pressed harder, adding slaps and kicks, until finally ripping a few layers of clothing from her body.

That's when the others joined in. Her screams echoed through the rooms, breaking through my hands, making it hard for me to look away. I hid in the shadows, too afraid to help, too scared to make them stop. She tried to fight back, but there were too many.
Finally I emerged from the darkness and bucked up the nerve to yell out, "Stop!" But they ignored me. Eventually, things got really heated, the girl screaming at the top of her lungs, and the boys pushing her down. That's when something broke free inside me. It started with a quiver, then a strong tremble, until my legs shook so hard I fell backward. My head slammed the floor. I winced and closed my eyes. What I saw terrified me. It was dark but I could see everything clearly. Horrible images shrouded me in a sheath of fear. Circling each one of the boys were hideous, great and fearful beasts. They had eyes that burned like embers, claws the length of fingers, and skin like that of dragons with patches of blazing red hair all over that seemed to stand on end. Grey smoke puffed from their mouths as they spoke. Some whispered obscenities, while others screamed deplorable things, encouraging the boys to continue. I opened my eyes and gasped. My heart fluttered and I looked around the room. The beasts were gone. Only the boys and the girl remained. Taking a deep breath, I shuddered at the thought of closing them again, but I had to.

I had to know the truth.

I did. It was true. I closed my eyes again and there they were. Within the dark recesses of my eyelids, I was able to see creatures from the other side. But what were they? Ghosts?
I mustered the strength to run out of the building, screaming for help. People stared at me like I was crazy. Finally, an adult took my accusations seriously and the police arrived, but it was too late. The damage was done. The girl's family tried to press charges, but she was high on drugs and was not able to identify the suspects. I lacked the heart to come forward and testify against them, left town for good. From then on, I knew I was different. I had a path. But how it would all play out one day was beyond me.
Until now…

This story is set in a supernatural religious setting where demons and angels are real.  The characters in this book are charged with protecting the people of earth from these supernatural threats.  It is filled with twists and turns and leaves you on the seat of your pants until the end.