Giveaway and Cover Reveal for The English Brothers 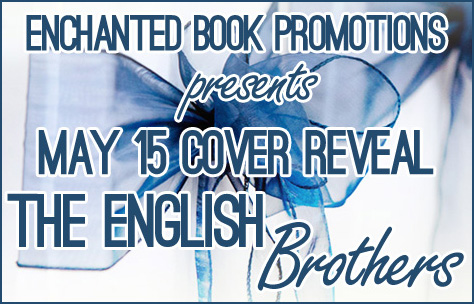 Breaking Up With Barrett, The English Brothers #1 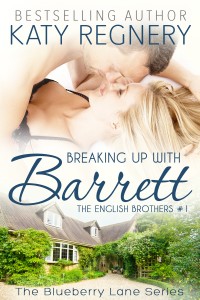 When business partners suggest that a fiancee might soften Barrett English's image over business dinners, he approaches the gardener's daughter, Emily Edwards, for the "job" of fiancee. And while love wasn't necessarily on Barrett's radar, he begins to realize that Emily always has been. But will his take-no-prisoners boardroom tactics work on the heart of the woman he loves? 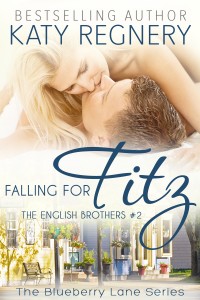 Falling for Fitz, The English Brothers #2

After ten years apart, childhood sweethearts, Fitz and Daisy, are reunited when Daisy moves home to get married. Both are surprised to discover that their feelings for one another are as strong as ever, but old hurts and a new fiance stand between them. Can Fitz get Daisy to fall for him again before it's too late?

Anyone but Alex, The English Brothers #3 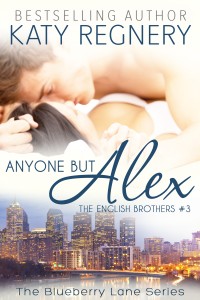 Alex English, a notorious playboy, reunites with his childhood friend, Jessica Winslow, after years apart. Though both attempt to embrace a friendship, their passion won't be denied. Between disapproving brothers, scheming exes, and the biggest deal of English & Sons' history, their budding romance is going to be put to the test. The question is…will it be strong enough for happily ever after?

Seduced by Stratton, The English Brothers #4 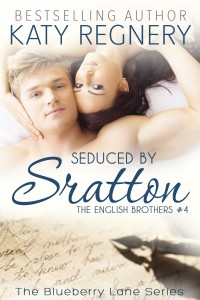 Stratton English, the hottest, youngest, most devastatingly handsome CFO in Philadelphia, has a problem: women make him nervous. Really nervous. Quirky Valeria Campanile, a PhD candidate who studies Courtship Rituals, can't seem to find herself courted. When Stratton helps Valeria with a financial problem, she is anxious to return the favor, and just might find herself being seduced by Stratton!

Wild about Weston, The English Brothers #5 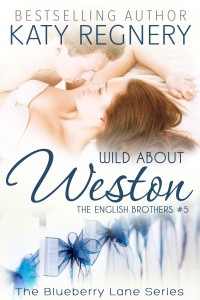 When recently dumped Weston English meets recently dumped Molly McKenna at his brother Fitz's wedding, sparks fly! From the ceremony to the cocktail hour, from dinner to dancing, from toasts to photos, Molly and Weston will discover that they have more in common than they could have guessed, and that some horrible endings lead to the happiest beginnings.

Kiss Me Kate, The English Brothers #6 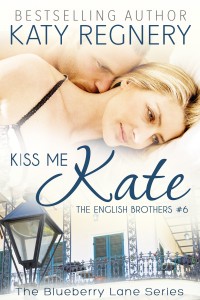 Kate English and Etienne Rousseau fell in love as teenagers, but their short affair ended disastrously. Thrown together as opposing counsel on an upcoming business deal, they will have to learn to work together. But, old feelings quickly resurface - is it possible to build something beautiful from the ashes of the past? 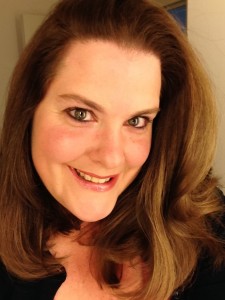 Katy Regnery, award-winning and Amazon bestselling author, started her writing career by enrolling in a short story class in January 2012. One year later, she signed her first contract for a winter romance entitled By Proxy.

Now a hybrid author who publishes both independently and traditionally, Katy claims authorship of the six-book Heart of Montana series, the six-book English Brothers series, and a Kindle Worlds novella entitled “Four Weddings and a Fiasco: The Wedding Date.” Katy’s short story, “The Long Way Home” appears in the first RWA anthology, Premiere, and she has published two standalone novels, Playing for Love at Deep Haven and the Amazon bestseller, The Vixen and the Vet, which is book one in Katy’s a m o d e r n f a i r y t a l e collection. The Vixen and the Vet was nominated for a RITA® in 2015.

Katy lives in the relative wilds of northern Fairfield County, Connecticut, where her writing room looks out at the woods, and her husband, two young children, and two dogs create just enough cheerful chaos to remind her that the very best love stories begin at home.

Win a $25 Amazon gift card during the cover reveal!
a Rafflecopter giveaway
Posted by Wall at 12:55 AM