Book Review of The SEAL's Angel

Book Review of The SEAL's Angel 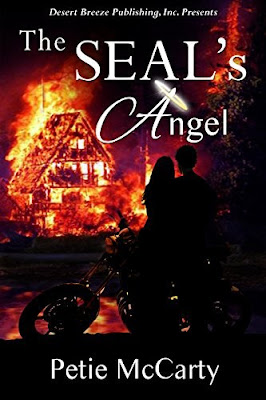 Foreclosure looms for Cory Rigatero as she fights to keep her rustic resort near Mt. St. Helens afloat after her brother deserted her to join the SEAL Teams. Cory's whole world dives into a tailspin when Sean MacKay shows up at her resort with the news of her brother's death and the wild suspicion her brother may have sent her traitorous classified documents. No way will Cory trust MacKay -- the man who once seduced her and then vanished into the night without a trace.

Petie spent a large part of her career working as a biologist at Walt Disney World -- "The Most Magical Place on Earth" -- where she enjoyed working in the land of fairy tales by day and creating her own romantic fairy tales by night. She eventually said good-bye to her "day" job in order to write her stories full-time.

Petie is a member of Romance Writers of America, and she shares homes in Tennessee and Florida with her horticulturist husband, a spoiled-rotten English Springer spaniel addicted to pimento-stuffed green olives, and a noisy Nanday conure named Sassy who made a cameo appearance in Angel to the Rescue.

Book Excerpt
Excerpt
Cory hesitated so long, Mac wondered if she'd tell the truth or fabricate some tale. He knew the Bel Tesoro legend like the back of his hand, having heard the tale numerous times over the years of his friendship with Blue. Usually when Blue got good and drunk -- and homesick for his little sister.
Blue thought the sun rose and set just for Cory and had always said the worst part of the Black Ops work they did wasn't the danger, but leaving her behind. He'd felt forced to cast her out of his life for her own safety, settling for a half-dozen covert trips back to town to check on her. Mac had always come along -- and regretted it afterward, for he could never get the little spitfire out of his mind.
She stared at him briefly as she slowed for an approaching curve. His heart hammered out a couple beats. Had she recognized him? She returned her gaze to the road, and he blew out a silent sigh of relief.
He decided to prod. "So what about the beautiful treasure. If it wasn't the lake..."
He watched her shoulders go back, and she took a deep breath.
Here we go.
"Brock expanded to ten cabins with the extra business, but Benny and Salvatore didn't come back for a while due to run-ins with the law back in New York."
"What sort of run-ins?" he dutifully asked. 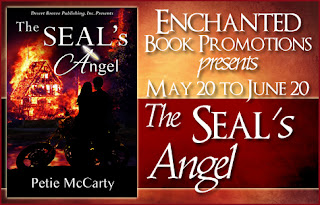 Cory smiled then, and Mac felt a wave a relief knowing she trusted him with the truth. He could've dug up the legend from anyone in town, but it meant more coming from her.
"By that time, Salvatore had changed his name to Charles Luciano -- Charles "Lucky" Luciano -- and Benjamin went by the nickname of Bugsy. Meyer was always Meyer."
He hoped the appropriate amount of shock showed in his expression. "You can't be serious. You mean Bugsy Siegel, Lucky Luciano, and Meyer Lansky?"
"Exactly the same."
He gave a low whistle.
"Guests wanted to rent Lucky Luciano's cabin even back then."
"But that doesn't explain the treasure."
She slid him a sultry sideways glance and maneuvered more switchbacks. "Patience, Mac. I'm telling this story."
He put his head back and hooted with laughter. The smart remark was all Cory. The sexy glance was not.
"So tell it already."
"Lucky and Bugsy had become too powerful for their mob boss Joe Masseria, and they set up his assassination, so they could steal his rackets. Lucky stole everything in Masseria's safe and hid the stash from their rival boss Maranzano. Legend has it that Lucky put the stash in a trunk and brought it here on vacation shortly after the assassination to keep it safe."
"And people think the trunk is buried at Bel Tesoro?" Mac scoffed.

Oh, I do love a man in uniform, even if it’s on paper.  Mac turns up to protect his best friend’s sister, or does he.  Problems start as soon as he arrives, and things just get worse and worse.  Is he the good guy she thinks or is he there to destroy her life?

Not telling the answers because it would spoil the magic, and this book is magic.

This product or book may have been distributed for review; this in no way affects my opinions or reviews.
Posted by Wall at 2:45 AM