Book Review of The Stones of Caron 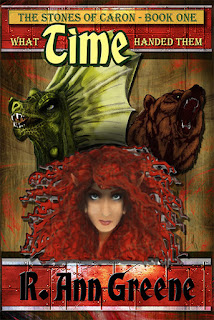 Title: The Stones of Caron

Earia, queen of the elves, has long fought against an enemy she believed she created: a man, Niren, who she raised as her son, over four hundred years ago and he will see every man, elf, and dwarf killed unless they bend a knee to him. The dragons already have, willing or not, and Earia is forced to fight them as well as Niren’s soldiers.

Fillip is a seventeen year old, raised in the woods and seashores of the small country of Niss, and he has managed to find the one thing which can give the elves hope against Niren and his dragons.

Pursued by assassins, Earia is desperate for Fillip’s help and he is aching for adventure, even danger. Fillip’s younger brother is not so inclined, but what is a brother for, if not to help chase monsters and throw down kings?

Earia’s age old companions are quick to accept the youngsters and teach them a thing or two. Fillip soon discovers that he is not the farmer he thought, but a bold adventurer, willing to take mighty risks to see the world and to fight for his new friends.

Author Bio
R. Ann. Greene grew up in Idaho with four siblings. She was home-schooled all twelve grades and was thirteen when she began writing, inspired by such fantasies as C. S. Lewis and J. R. R. Tolkien could weave. She was a little closer to fifteen when she started working to make writing her career. It took five more years, endless refining edits, and a lot of will-power to reach her first publication of The Stones of Caron.

Now, she lives in the Boise Mountains of Idaho and volunteers as a firefighter in her community. She spends her days writing, blogging, and splitting firewood to keep the house warm in the winter time, but mostly writing.

Their muscles burned in effort against the cold water, and the waves slapped them in the mouth. The chill of the snowmelt was enough to almost paralyze their bodies, except their willpower refused to let them give up and they never stopped kicking at the water as it closed its icy hands around them. At last they reached the other side where the boys could touch the slick bottom. The bank was slippery and they almost had to be tossed up the muddy slope. Langen and Earia dug their feet into the steep bank and gripped at clumps of grass and bushes while guiding the pair up to the dryer grass.

Footing was almost impossible to find for the dwarfs. Using their knees and lying flat on the ground, they wriggled up the slope to a place more level. They then lay on their backs, panting and trying to calm their freezing nerves. The elves walked barefoot up by them and slipped their shoes on. In spite of the swim, the two didn’t seem affected by the piercing chill, though either of them would have said differently had the dwarfs asked. 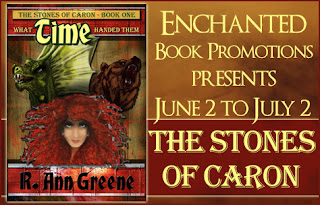 Langen led the way among the thick underbrush and grass out of sight from the ferry. He led them with obvious knowledge of the path he took, and when they finally stopped, the dwarfs were thoroughly exhausted.

“Take a breather. We will stop for five minutes,” Earia said and glanced skyward at the blackness above them. The moons were hidden entirely and not a star could be seen anywhere.

Lightening suddenly rent the sky and brightened the dark night for an instant. The earth seemed to shudder when it was struck and thunder vibrated in the rocks around them. Every fiber of their bodies quivered and rain poured from the sky in great sheets.

“Lets get out of here and up higher. Hurry!” Earia stood with some difficulty in the already gummy mud. It was an even more challenging task for the leg-weary dwarfs.

This is a fun story of elves, dwarves, men, wizards, goblins, giants, and more.  In this story there is magic, family trechery, lost tribes, and impending war.  It is also the story of learning about your inner strength.

Unfortunately it just ends, right in the middle of an important part of the story.  Now I have to wait for the next book.  I hate that because I worry about the people in the story (yes I know they are fictional, but I still worry for them....just let it go).

I give this story 4 out of 5 clouds for leaving me hanging.

This product or book may have been distributed for review; this in no way affects my opinions or reviews.
Posted by Wall at 4:27 AM