Will Maya's Nightmare Come True in Landing?
Fighting evil isn’t only high-stress, no pay, and uncomfortable as hell most of the time, it also doesn’t turn out to be quite as black and white as Maya would have hoped. As a hybrid angel struggling to control her murderous appetite, Maya should know better than to expect simplicity.  With one half-brother still convinced that she’s an unstable threat and the other oblivious to the danger she presents, Maya struggles to find a balance between her diminished humanity and the darkness of the monster within.
The world gets murkier when Maya discovers a pair of angels who invite her into their lives. Now, she must choose between family or the promise of acceptance. The stakes grow higher when Maya’s greatest enemy returns. Vengeance may be within her grasp, but will Maya have to sacrifice one she loves to take it?
Landing is J Bennett's action-packed, darkly-humorous sequel to Falling, and the second book in the paranormal Girl With Broken Wings series.  And yes, there will be plenty more Chuck Norris jokes.
BIO: 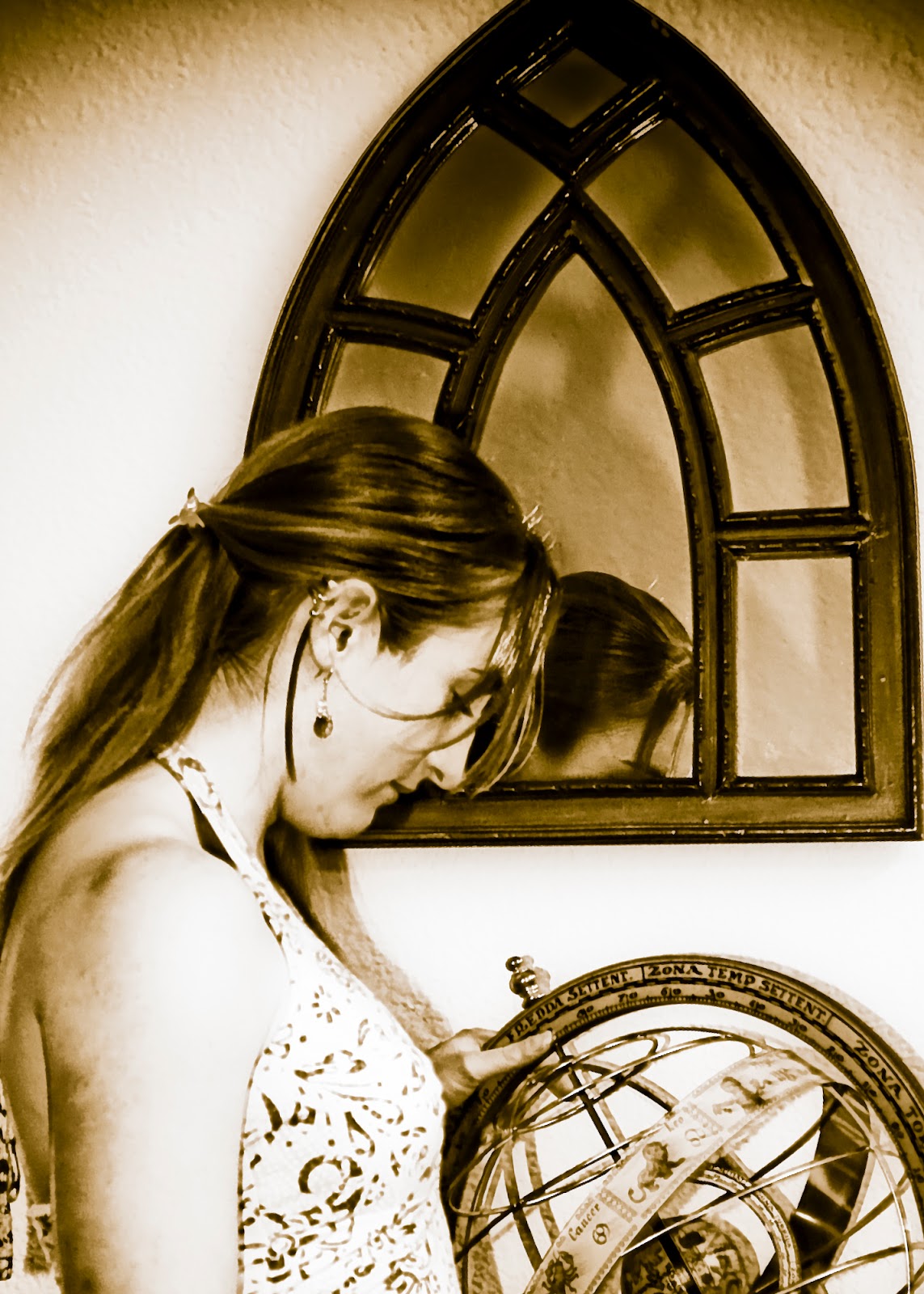 She also writes the blog www.ShyWriter.com

The cold of this October night seeps through my jacket, finds my joints, and nestles inside. Aches settle into the small of my back and in my elbows as I lean against the edge of the ice cream shop’s roof. Day one of patrol in this small college town was fine. Day two got annoying. Day three just sucks. I’m almost too bored to be nervous anymore.

A quarter mile down the street, a bar announces final call, and our next great generation stumbles out of the doors, laughing. Idiots. Their energy fields are fogged and giddy with alcohol. Such strong, healthy energy. They practically beg to be snatched and drained.

My body shivers involuntarily, and I remind myself that I already drained a perfectly good rat before we left on the stakeout. A perfectly good, small, tiny handful of energy that did little but whet my appetite.

A group of guys lingers outside the bar. They laugh and swing sloppy fists at each other. Their overt good spirits are offensive. I don’t know them, but I can tell that they are enjoying every minute of their dimwit college experience: signing up for useless classes like Latin or
Shakespeare II, meeting study groups in the library, pondering the cork boards in the dorms for some obtuse club to join, banging drunk sorority girls at parties, being normal and human and whatever.

In the midst of the group, I immediately recognize the vibrant blue aura of my brother, Gabe. Technically half-brother, that is. At least we share my good half.  He’s already managed to befriend the entire group. He hoots with the rest of the guys and has somehow obtained a university hoodie, which hangs on his thin frame. His energy is as foggy and looping as his compatriots, and I wonder if he actually downed a couple of drinks, or if he’s just that good at acting. I’m learning that Gabe excels at this bait trick. He takes pride in putting on a good performance and usually manages to enjoy himself in the process.

“See ya losers!” Gabe calls fondly as he breaks away from the group. His voice carries down the empty street.

“Maybe.” Gabe turns away and continues with slow, plodding steps toward the industrial part of town. He whistles a soft, off-key tune to himself. I watch the other boys stagger back to campus. None of them peels away from the group. Good.

Our angel likes his victims drunk and alone. In the middle of the week it’s slim pickings even in this college town. We haven’t found a body in two days, which means it has to be tonight. It has to be Gabe. My heart starts picking up its pace, and I tell it to mind its own goddamn business.

But it is tonight. It is Gabe. As he makes his way farther from the bar, the voices and giggles fade. This is the kind of town that goes to bed at night, at least during the week. Cars roll by in intervals, but there’s no one else left on the street except for Gabe and a figure trailing behind him.  The stranger must have seen his share of horror flicks, because he lurks with some gusto, keeping to the shadows, hands plunged deep into his coat pockets.

This is our angel. It’s easy enough for me to tell. The space around his body is empty—bereft of the glowing blues and greens and soft violets of a human aura. Angels don’t produce their own energy; they drain it from humans. Gabe doesn’t know it, but he has just about the most beautiful aura I’ve ever seen. Blue as blue, true as true. I’m rambling like I always do when I get nervous.

“Confirm,” I whisper into my Bluetooth earpiece. “Black coat. By the nail salon.” The angel continues to lurk his heart out.

A pause. “I see him,” Tarren whispers back. He’s on the roof of a scrapbooking store across the street, dampening his energy to a soft glow that even a hungry angel wouldn’t notice unless he knew where to look. Even though I know he does, I am tempted to glance up, find Tarren, and make sure he’s got his Barrett 82A1 semi-automatic rifle trained on the figure.

Instead, I dig the cell phone out of my pocket. Stupid shaking hands. This isn’t the first time I’ve done this, but I still hate it. Dangling something dear over the abyss.

I tap into my saved messages, find the right one, and hit send. Down below, Gabe reaches into his pocket, still taking slow, unsteady steps farther from the main drag. A glow of light graces his sharp nose and chin as he wakes up his phone and checks the message, Leprechauns are extinct , because leprechauns piss Chuck Norris off.

“Awesome,” Gabe says. He picks up his pace and whistles a little louder as he makes his way toward us.

I track the angel as he keeps to the shadows—still lingering, watching, hungering. A car filled with music blares its way down the street. Its headlights make a wide sweep as it turns down the street Gabe has just crossed.
For a moment the angel is blocked from view. When the headlights fade, I refocus on the scene below. There’s Gabe still whistling. The angel is…gone.

Shit on a stick!

I scan the street. Nothing. Back to Gabe who is a hundred feet away from us and readying himself for the grand finale.

Wait, wait! I cry inside my mind. But he’s going for it, staggering against the side of a building and pretending to dry heave. There are no cars. No people. The trap is baited.

“Where?” Tarren hisses through my earpiece. He’s lost the angel too. I hear my heart banging in my chest, and I try desperately to calm it down. Angels are good at hearing heartbeats.

Gabe crumples to his knees, heaving, swearing colorfully, praying to Keira Knightly for relief, pandering for the Oscar.

Inexplicably, the angel must have turned down the same street as the car, gone behind us, and doubled back so that he is now walking swiftly toward Gabe. He is directly below the scrapbooking store, hidden for a moment beneath its polka dot awning. I know immediately that Tarren has lost his shot, even before he whispers, “I don’t have him”, his voice all tight and boiling into my ear. The angel picks up his pace, moving so fast it’s like he’s gliding on ice. I pull out my gun and press the extra lever to remove the safety.

Gabe sees the guy. “Just ignore me, I’m fine,” he slurs, slowly getting to his feet, waiting for us.

“Maya,” Tarren hisses. The Glock 32C is big in my palm. I know how to hold it now. How to aim. I can usually smoke a dozen empty beef ravioli cans without missing. But this isn’t beef ravioli or Spaghettios or any other label that can be dispatched without a hint of moral meltdown.

“Oh no,” I whisper, because I can’t shoot. The angel is there, reaching out for Gabe. Time slows in order to accommodate the lurching wave of fear that breaks over me. Panic drops black snowflakes across my vision, because I know, just know, Gabe is going to die for my cowardice.

“Oh fuck,” Gabe says as the angel descends upon him, hands open and glowing.

This is by far the best book I have read in the series.  This is where the nitty meets the gritty.  In this book Maya’s promises and her brother’s faith in her are put to the test as they finally face Maya’s father, Grand.  I was on the edge of my seat during most of the book.  When …. Well I can’t say when because it gives away a major plot point, but it did bring tears to my eyes.

This product or book may have been distributed for review; this in no way affects my opinions or reviews.
Posted by Wall at 3:30 AM 2 comments