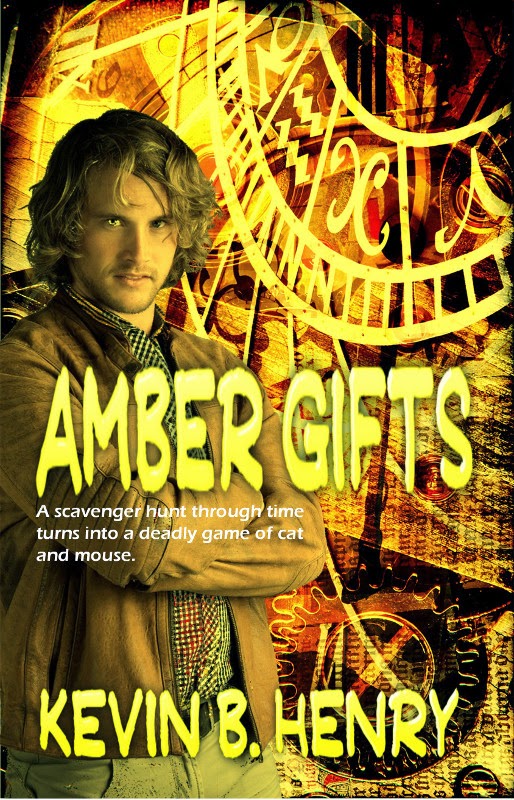 Amber Gifts, begins with the introduction of Mitchell, a man who never expected to become a time traveler. He never believed such a thing was possible. After a decades long downward spiral, Mitchell was at the bottom of life’s rungs. Until the stranger handed him a simple, amber vial he expected life to only get worse.

The Man told him to drink it. He did and Mitchell’s life changed drastically, but was it a change for the better? Now he was a time traveler and when asked to help some fresh acquaintances, he gladly agrees. A simple request to just find some items they had left scattered throughout time. How hard could it be?

All they wanted were the artifacts returned to them, but someone wants to stop him. It will take more than luck for Mitchell to find all the items and survive to complete his mission.

It seemed there was no length his adversary would go to bring Mitchell’s travels and his life to an abrupt end.
A scavenger hunt through time turns into a deadly game of cat and mouse.

Author Bio
From an early age, Kevin B. Henry was a voracious reader. His collection of science fiction, fantasy and mystery books bring tears of envy to the eyes of many small community libraries.

Kevin has worked as an educator, technology specialist and day laborer most of his adult life. During all that time he lived the life of a frustrated author. That it took 30 years for him to piece together Amber Gifts is a testament that the best meals need slow cooking to bring out the flavor. 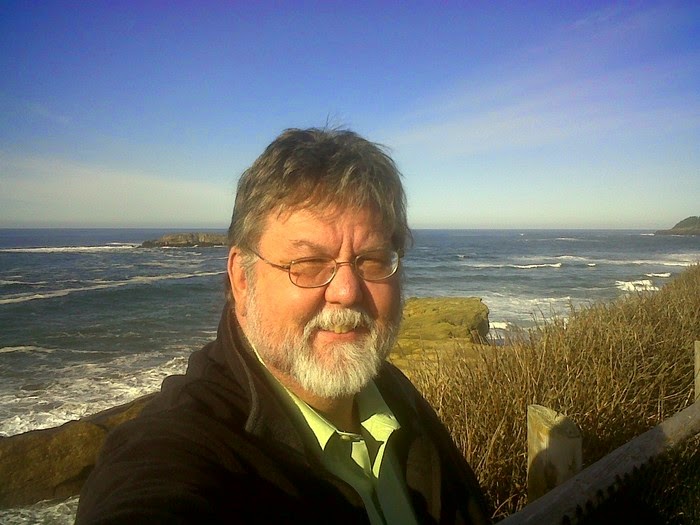 The Amber Gifts Series begins with Amber Gifts. The second story, which is really the first, is Amber Prelude, scheduled to be published in June, 2015. The third story, Amber Legacy continues where Amber Gifts left off. It will be available in November 2015. All are published by the wonderful folks at the Champagne Book Group. A fourth story is in the process of being written.

Kevin is a natural story teller, so it’s logical that he lectures occasionally. Topics range from the implementation of cutting edge technology hardware to the creation, modification and use of e-books within education. He constantly pursues research to expand his range of possible topics. His most recent research revolved around the aerodynamic properties of reindeer. He’s also been known to include little known facts and trivia within his presentations. Did you know just 146 years ago today the Union Army marched into Atlanta. It took longer than anticipated. They were delayed by a traffic jam on I-75 and the toll booth on Ga. 400

He continues to live in the Mid-West without human or domesticated mammal companionship.

I spun in the chair. My flight instincts kicked in and I dove for the floor behind the desk. My hand grasped the vial before I escaped the target that was once a comfortable chair.  I felt the second shot miss my head by inches. I gathered the package to me on my way to the floor.

“Wait. Stop!” I stammered on the way to the floor. I didn't believe for a second that he would. 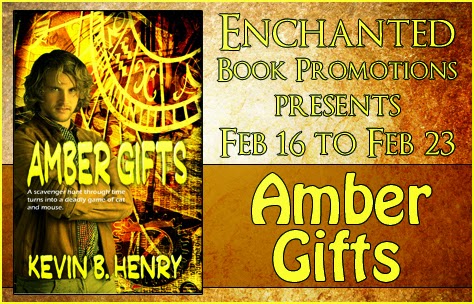 I uncapped the vial with a flip of my thumb while securing the package in my inner coat pocket. I recovered the rubber stopper in midair. My dexterity surprised me. What circus had I escaped from where I learned these tricks?  I raised the vial to my waiting mouth. As I sipped, I took a quick look at my assailant. I wanted to be able to describe him to the Wilsons when next I saw them. He had bon vivant written all over him. He sparkled for the entire world like a fourth of July firework. I needed to ask about the meaning of that if I lived long enough. He dressed in a burgundy velvet smoking jacket, white tombstone shirt with a brown medallion ascot.

His face appeared cold and insensitive, if that’s possible. His blond, short-trimmed hair seemed not to move, despite his trying violently to get through the door and in a better location for the kill shot. When his mouth opened I would have sworn I saw his teeth gleam like one of those Crest toothpaste commercials.  A scowl of bewilderment appeared on his face as he rushed through the threshold. Perhaps he felt as amazed at my continued existence as I. He must have taken his first shot from across the hall and through the office entryway. I didn’t understand how he managed to miss the second shot.

“Sorry, mate.” He said in an Australian accent.

He had a gun in his hand, aimed straight at my head. It appeared to be a Remington Model 95 Derringer. I tend to notice deadly items pointed at me with such professional accuracy. I wasn’t going to trust my life that it was only an authentic double shot model. He had the look of someone intent on firing again very soon. How fast could he pull the trigger? How fast could I dissolve? I hate life or death experiments.

Well I thought I would like this book right from the start since the first words in Chapter 1 are a quote from Doctor Who and I’m a major Whovian.  And luckily for me the book didn’t disappoint.  This is a fun read about time travel that would do Doctor Who proud.

I love the way the author manages to keep the story straight and include historical facts, a few I had to look up.  This is a fun, quirky story with an adventurous edge.