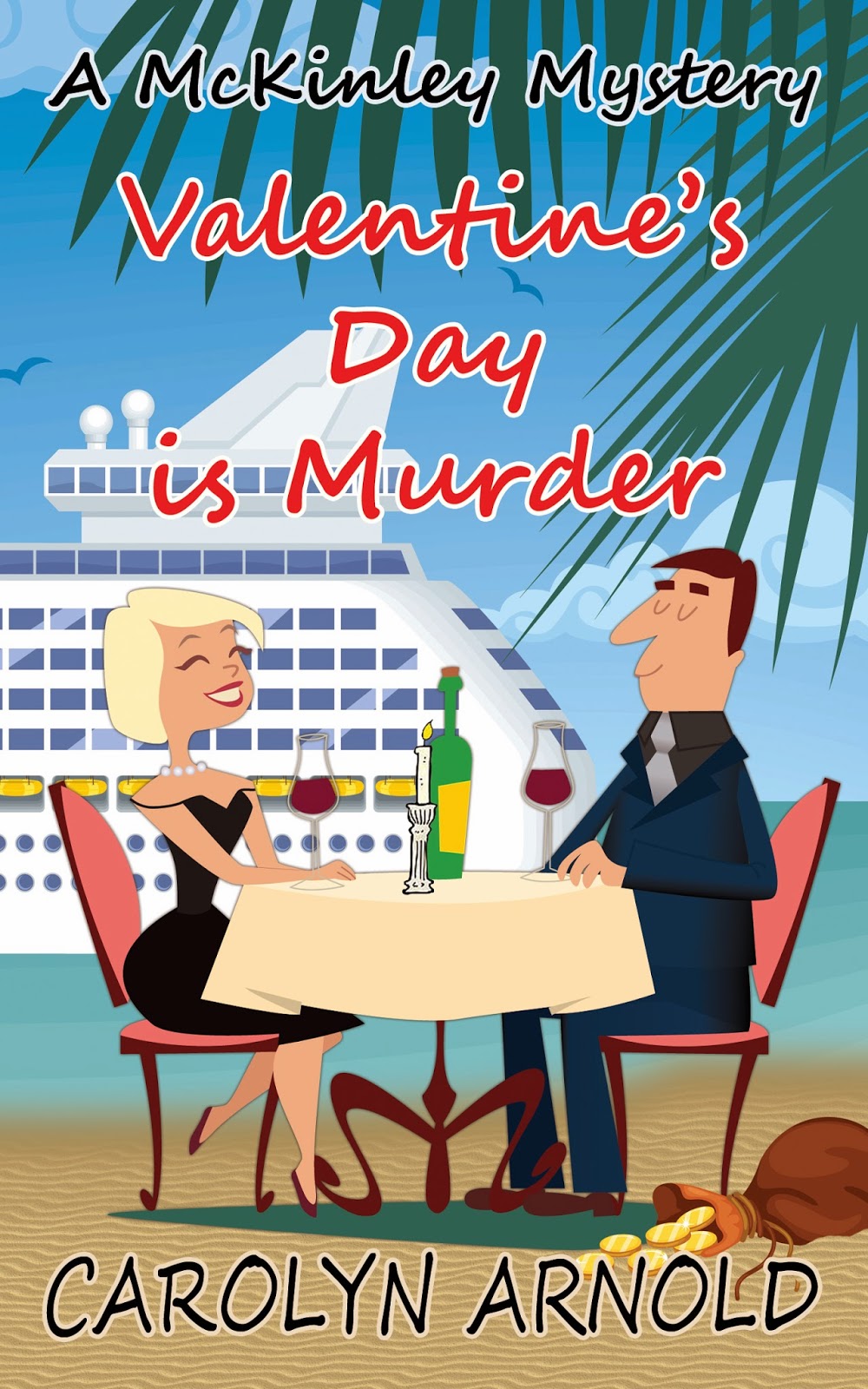 Jimmy finally takes a vacation--and a chance on love--only to be abducted. His female companion originally thinks he had cold feet about their relationship, but Sean and Sara know there’s more to it. Jimmy isn’t the type to just up and disappear, let alone leave a lady stranded.

Setting out on their private jet, Sean and Sara reach the tropical paradise of Ocho Rios, Jamaica with sightseeing as the last thing on their minds.

With a gold coin being their initial tie to Jimmy’s kidnapper, Sean and Sara even speculate about the involvement of pirates. Yet as the hours pass, and there’s no word from Jimmy’s captors, Sean and Sara will need to figure out the real motive before it’s too late.

With help from their friend, Adam, back in Albany, the pieces come together and not a moment too soon.

Strap in for an adventure that will take you to the beautiful island of Jamaica and have you wanting a piña colada.

CAROLYN ARNOLD is the bestselling author of the Madison Knight series, the Brandon Fisher series, and the McKinley Mysteries. Her love for writing dates back to her teen years, but her passion was reignited in 2006 when a fellow employee said "tell me a story." Since then Carolyn has never looked back.

Her writing has since been compared to New York Times Bestsellers such as JD Robb, Mary Higgins Clark, Sue Grafton, Michael Connelly, Tess Gerritsen, and more.

Carolyn was born in 1976 in a rural town of Ontario, Canada, and she currently lives with her husband and two beagles in a city near Toronto.

For more information on the author visit https://carolynarnold.net/

Sean sipped his orange juice as he peered out a window that overlooked the backyard. The morning was overcast and would be downright gloomy if it wasn’t for the white blanket of snow clinging to the bushes and the trees. He had an odd realization—how depressing it would be if the snow were black, red, pink, or, essentially, any other color. 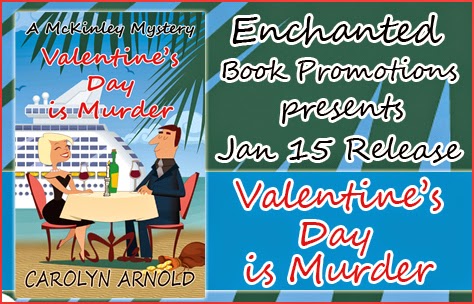 He was in the sitting room, with the dark wood trim and piano, both of which Sara had fallen in love with at first sight. She was holed up in her office, a room of the house she had claimed for her writing. He was glad to see that she was back to her craft and taking it more seriously than ever.

This left him with one concern. Valentine’s Day. It was a few days away and he wanted to make it memorable for Sara. But it was tough to devise a plan that would surprise the imagination of a novelist. He had given her jewels and a top-of-the-line desktop computer with a large monitor for Christmas.

And if the pressure of a memorable Valentine’s Day wasn’t enough, the end of this month marked one year since the day he’d proposed—and Sara’s birthday. Tagged onto that, the start of March was their wedding anniversary. Time had flown.

The last two months had been particularly busy as they set out organizing their private investigator firm. Obtaining their PI licenses had proven easy, given the advantage of their past experience. They renewed their licenses and registered a couple semi-automatic handguns. They were ready to go. The only things left were deciding on a name and setting up shop.

“How’s the book coming along?”

“Oh, it comes.” She went over to him and kissed his forehead, but he tugged her down into his lap, swept his fingers through her hair, and took her mouth.

She put her hand on his chest, and pulled back. “Someone’s in a great mood this morning.”

“You have no idea. I was just thinking about how far we’ve come and how fast time goes.”

Sara let out a puff of breath. “I agree. Can you believe it’s almost been a year since we got married? It’s unbelievable to me.”

She batted his chest and angled her head. “You want me to feed your ego? It’s been the best twelve months of my life, Sean.”

She pressed her lips to his, and he didn’t want the display of affection to end, but the shrill ring of the phone on the side table was enough to disrupt them.

“Let Helen get the phone. Now, where were—” He put his hand to the nape of her neck and drew her to him.

“Sara? Oh, I’m terribly sorry.” Helen, their housekeeper, stood in the doorway, her hand beneath her chin, and her eyes screwed up toward the ceiling. Her face was flushed when she looked back at them. “It’s for you, Sara.”

“Thank you.” She reached for the handset while remaining on Sean’s lap. “Hello, this is Sara McKinley.”

Sean played with her hair, twirling the long chestnut strands around his fingers.

“What do you mean gone?” Her eyes cut to him before she got up, paced a few steps, and stopped. “You have no idea where he is?”

Sean sat straighter and aligned eye contact with her.

“He just disappeared at dinner? And you haven’t seen him since? We’ll be there as fast as we can. Stay put, all right? Everything will be fine.” Sara lowered the receiver to its cradle. She appeared peaked.

“Yes. Meredith said she’d excused herself to go to the washroom and when she came back he was gone. They hadn’t even finished their meal.”

“He never came back to the resort?”

Sara shook her head. “What could have happened to him, Sean? I can’t see him leaving her there. Did someone take Jimmy?”

“I don’t know, darling, but we’re going to find out and get him back.”

This is a short story but packed with adventure.  After reading it I am interested in reading more about this PI duo.  This story is just the right length for a quick read.

Book Review of The Schwarzschild Radius 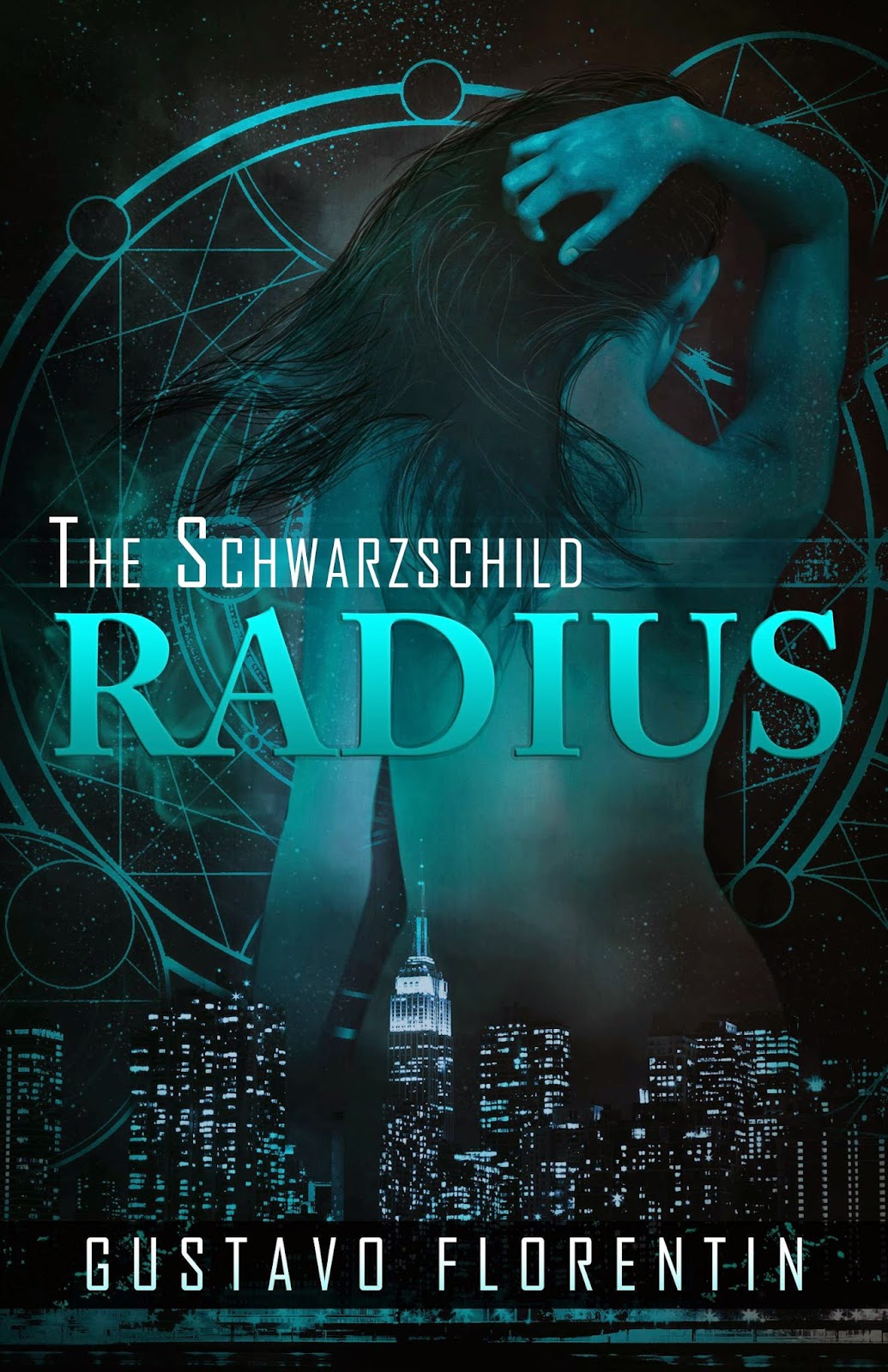 Rachel, an 18-year-old Columbia University student descends into the netherworld of runaways and predators to find her sister, Olivia, who has suddenly disappeared. After getting a job in a strip joint where Olivia worked, then doing private shows in the homes of rich clients, Rachel discovers that Olivia has been abducted by a killer who auctions the deaths of young girls in an eBay of agony. As she closes in on the killer who has taken Olivia, Rachel becomes his next target. 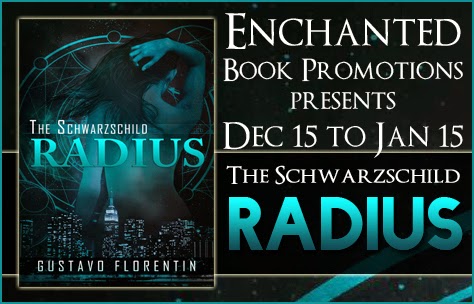 Gustavo Florentin was born in Queens, New York and received a bachelor's degree in electrical engineering from the Polytechnic University of New York. He spent a decade in the defense industry working on the F-14 fighter jet and classified electronics projects. After the fall of the Soviet Union, many thought America wouldn't need weapons anymore, so while others waited for the peace dividend, he moved on to the financial sector in New York where he is currently a network engineer. His passions include violin, travel to exotic places and exploring worldwide conspiracies. He lives in New Jersey where he is working on his third novel.  His thriller, In the Talons of the Condor, won the following awards:

This can be difficult to read as it details some of the most heinous things people can do to others.  But it is also a story of hope and the triumph of human perseverance and love.  While I sometimes wanted to put my hands over my eyes, I couldn’t stop reading.