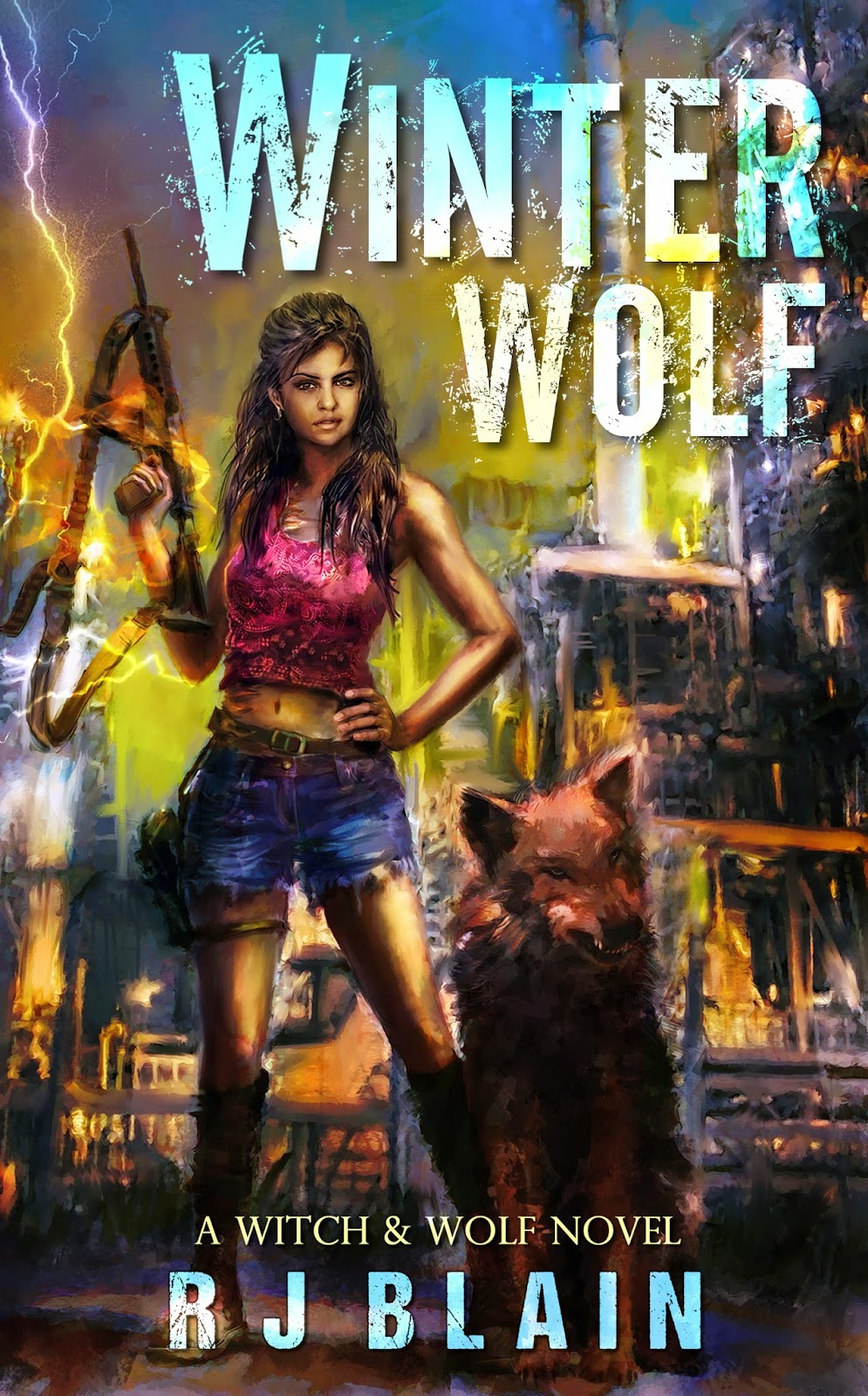 When Nicole dabbled in the occult, she lost it all: Her voice, her family, and her name. Now on the run from the Inquisition, she must prove to herself—and the world—that not all wizards are too dangerous to let live.

The savage murder of a bookstore employee throws Nicole into the middle of Inquisition business, like it or not. Driven by her inability to save the young man’s life, she decides to hunt the killer on her own. Using forbidden magic to investigate the past, she learns that the murderer is in fact a disease that could kill the entire werewolf race.

Forced to choose between saving lives and preserving her own, Nicole embraces the magic that sent her into exile. Without werewolves, the power of the Inquisition would dwindle, and she could live without being hunted.

But, if she fails to find a cure, her family—including her twin sister—will perish…

Author Bio
RJ Blain suffers from a Moleskine journal obsession, a pen fixation, and a terrible tendency to pun without warning. 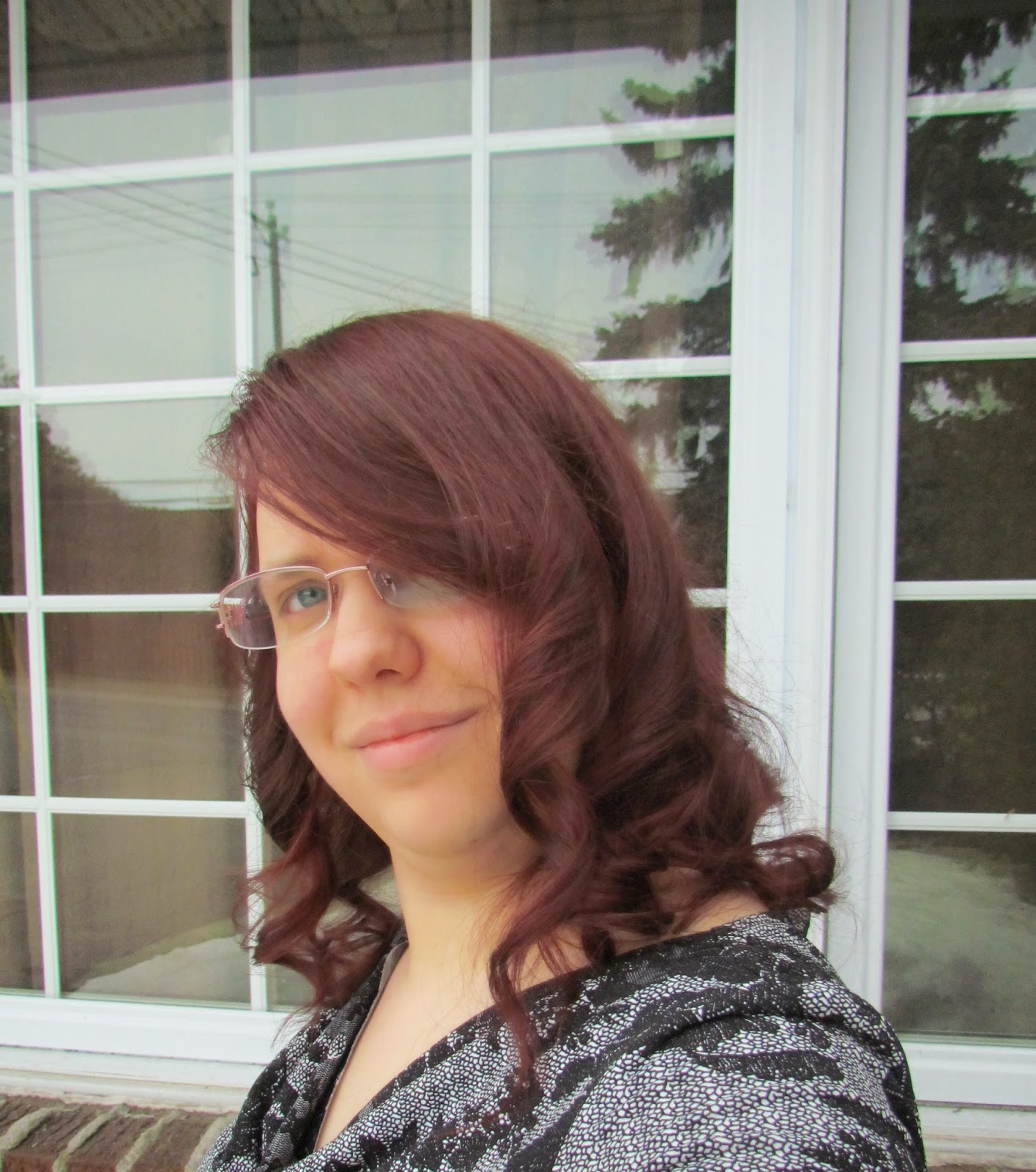 When she isn't playing pretend, she likes to think she's a cartographer and a sumi-e painter. In reality, she herds cats and a husband. She is currently on a quest for a new warrior fish.

In her spare time, she daydreams about being a spy. Should that fail, her contingency plan involves tying her best of enemies to spinning wheels and quoting James Bond villains until she is satisfied.

In no particular order:

Almost everyone in the store had a phone. Dormant devices, from reading lights to mobile chargers, littered the tables. One woman, browsing books nearby, had four battery-powered devices in her purse. One was a phone, and like mine, it hungered. Its need was strong; its battery waned to the point of failure.

If I wanted, I could charge it for her.

No one would notice if I did. Maybe the woman would wonder how her phone hadn’t died before she got home. It only had a few minutes left. It’d take me all of ten seconds to fix it for her. If I did, I wouldn’t be so aware of it. But to do so, I’d have to touch her—or her phone. Some things I could manipulate without having a direct conduit, but cell phone batteries were tricky, greedy things.

I cringed a little, setting the thriller book down. I picked up the next nearest title. I flipped it over, not reading the text on the back. Did I dare? Out of the corner of my eye, I watched the woman browsing through the books. All it would take was a few seconds. I could charge it without her noticing. 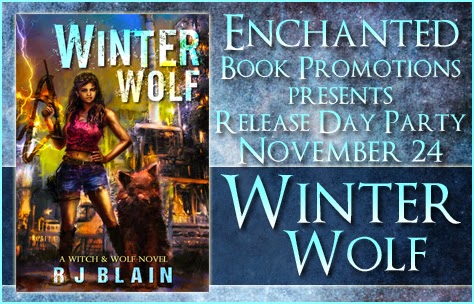 That was one thing I was actually good at.

I put the novel I held down and wandered to the same table, careful not to look at her. Book by book, I investigated the titles, circling to where she stood.

“You’re Nicole Thomas, aren’t you? The actress. You’re her.” My quarry appraised me with a pleased expression.

In short, people other than me.

I met her gaze, abandoning my perusal of novels. “I am,” I replied, wincing a little at the sandpaper-rough quality of my voice. At least I hadn’t been reduced to a whisper—yet. My fatal flaw was my rough, grating voice. Chronic laryngitis did that to a person. It ruined careers, as it had mine, though I hadn’t quite given up on being an actress. I’d already lost the ability to sing.

I wasn’t going to let a stupid disease take everything away from me.

The woman smiled, not seeming to mind talking to someone who sounded more like a zombie than a human. “You’re taller than I expected. It’s a pleasure to meet you.”

She thrust out her hand.

I left her phone alone.

“They keep putting me next to giants,” I quipped. It was true. When I did manage to get on the silver screen, I worked alongside actors easily a foot-and-a-half taller than me. “It’s a pleasure to meet you too.” I matched her smile. She didn’t tell me her name, and I didn’t ask for it.

It took all of my will not to fiddle with her phone. All it would take was a murmured word and a thought, and it’d be done. It would have been easy to charge the battery when our hands had been clasped together, but I hadn’t dared.

If, sometime later, she noticed her phone had magically been charged—literally—she might remember me. She knew my name.

And in true cowardice, I couldn’t bring myself to help her. If she connected the strange behavior of her phone with me, she might tell someone. If she did, I’d be as good as dead—or worse. I had dabbled in the occult, and the occult had dabbled back, and there were those who didn’t like when that happened.

The last thing I needed was them finding me.

Fascinating look at Fenric (werewolves), witches and wizards.  At the heart this is a love story and a mystery.  What would you do if your family, whom you ran away from and hid from for years but still loved, was dying?  And what would choosing to help them cost you?  Secrets and mysteries abound in this wonderful novel.