Book Review of The Quarter Change 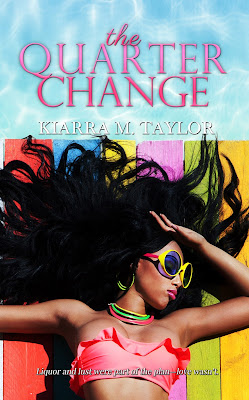 The-Quar-ter- Change:
/T͟Hē, ˈkwôrdər, CHānj/
Noun
A drastic personality change brought on by a person’s upcoming twenty-fifth birthday and the realization that they have been EXISTING for a quarter of a century but not LIVING.

Kimbella Tyler is done floating through life…
She’s turning twenty-five in a few weeks, and even though she’s in the prime of her life, living by the motto “Keep head down or in a book” hasn’t exactly been fun. Sick of hanging in the background of life, Kimbella embarks on a mission to leave her introverted ways in the past and live by a new motto—“Liquor. Lust. Living.”. The first step in her mission is to change her surroundings. Armed with her “Quarter List” full of fun local attractions and wild, adventurous things that she was always too introverted to do, Kimbella heads to California for two weeks of no holds barred fun.

Liquor. Lust. Living Love…?
Kimbella's new life is one she’s always dreamed about; filled with hot nights with Roman, endless fancy dinners and dancing and no shortage of liquor. But with Kimbella pretending to be a bold, outgoing and sexually forward woman, and Roman pretending to be a carefree guy who isn’t going through the most trying time of his life, their facades have the potential to be their very undoing. Liquor and lust were part of the plan—love certainly wasn’t. 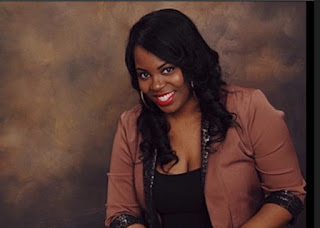 Kiarra M. Taylor is a Pittsburgh native and current resident. She is a mother to a handsome son as well as a beautiful daughter. A lifelong bookworm, Kiarra began writing in the fifth grade and hasn’t stopped since. With so many genres out there she doesn’t limit herself to writing in just one and aims to write across genres. Her interests in books vary as does as her interest in music; she literally likes it all. Some of Kiarra’s favorite authors are; J.K. Rowling, Sylvia Day, Tiffany Snow, Jane Austen, Maya Angelou, Mary Monroe and ML Rodriguez.
Aside from reading Kiarra has a passion for all things Criminal Justice and currently holds several higher education degrees including a Master of Science in Criminal Justice Administration.
When Kiarra isn’t transferring fictional worlds from the dredges of her mind to her laptop, you can find her nose-deep in a book or spending time with her children.
Ever the social butterfly, Kiarra is very active on social media so please feel free to catch up with her on Facebook, Twitter,Instagram and Goodreads! 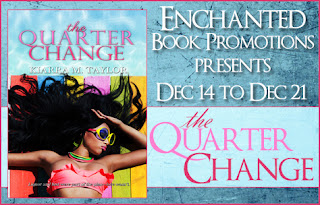 Book Excerpts
I held out a hand to stop him from invading my personal space and throwing me all off balance.
“You’re not sorry. In fact, I don’t even think you care about me beyond being able to have sex with me whenever you want to!” I accused.
He drew back in shock. “That’s absolutely not fucking true! I was the one who wanted to wait a while before jumping into bed with you. How could you even say that? I care, KB…I care too fucking much,” he said angrily.
I shook my head as tears pooled in my eyes. “Then why haven’t you said one single thing about…about us?” I asked in a vulnerable voice.
His brows rose. “‘Us’? KB, you made it clear from the first day I met you that you didn’t want there to even be an ‘us’. You just wanted to ‘get fucked’, as you so eloquently put it. And I think I’ve more than fulfilled my obligation in that area.”
My eyes widened. “You know what, Doctor? Fuck. You,” I spat angrily.
I turned, all too ready to leave, but I caught sight of him going back to eating his breakfast like our blow-up had never even happened. My anger surged higher than I could control and I strode back over to the breakfast bar and knocked both plates off the table in one sweeping motion.
Roman held his hands in the air, fork still in one of them, and looked at me in shock.
“You don’t get to sit there and just eat your breakfast after you’ve just ripped my heart out of my chest!” I yelled.
“How? How did I do that when your heart was never even accessible to me? So don’t…don’t stand there and yell at me pretending like you were in love with me or something, Kimbella. We both came into this knowing what it was. And it’s over now,” he said somberly.

Absolutely fabulous love story about finding yourself.  Kimbella decides that for her 25th birthday she is going to change everything about herself and make herself a better person.  Along the way she finds that she is not the new person she is trying to be, but she isn't who she used to be either.  And love has a way of sneaking up on you when you are least expecting it.  But the course of true love never did run smooth.  Love may not be enough this time.

While some of the information about the characters comes in odd places changing how you view the,. the story resolves happily.  I think I would like being friends with these people.


This product or book may have been distributed for review; this in no way affects my opinions or reviews.
Posted by Wall at 12:32 AM 0 comments