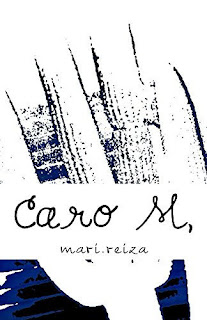 Portraits of unyielding love. A woman, mostly alone in her world but for her dog, shares memories through letters to her old 'tesoro'; a wife trusts her sweetheart psychiatrist blindly through her divorce; a young girl lands a fairy tale wedding soon to turn into a nightmare her cousin yearns to fix. Immersive, witty, tender,

Caro M, explores the hurricane-like devastation love is capable of.

A week or two passed.
A sustained flow of insubstantial words continued to arrive at a steady pace, written or spoken, with plenty of accompanying emojis as if you had been forcefully commissioned to use your whole emoji library by our one-month anniversary.
Day and night.
And those early weeks I was only brave enough for my replies to mirror yours, until all our assurances blended into each other, becoming almost meaningless. We were confining ourselves to too narrow and stupid a dictionary. We were cautious, out of practice, or perhaps scared there were serious matters at stake and our weightless words helped us pretend otherwise. We should have been more frightened by the strength of the words we were purposefully leaving out. We both claimed feeling so free, so entitled, because we felt so lonely. Instead we were enslaved by terror that certain words could become too serious or too binding. I can see that now, that I should have read into things as early as then, that our relationship was one to run lighter than words. That should have told me something, something about its future, from the start.
It surprised me how soon the game wasn’t enough though.
Would it have been different had we been younger? Would we have been more patient? If we felt tormented to give free rein to our language, how else could we grow our story?
It took barely a month to move from words to pictures. A nice table set with beautiful candles as I was cooking some pasta and coq au vin for Charlotte; she loves it. You were buying wine and boiling spaghetti, alle vongole; you wished you could be having it with me. Another day a scene from my living room. You noticed my sofa. You told me the Boa was your favourite, from the same brand. You liked design. You told me all you would do to me on a Boa, as poetically as you possibly could, choosing from a new set of limited words. I felt as if I was granted a license to be rude, encouraged, as if you had opened a new door, even if it was still a door to an ulterior confined space. It felt like progress.
I responded, things I had only heard in songs, not my songs. And I sent you handcuffs, a nice set, or perhaps you did; I do not remember. We could have been two fifteen-year-olds, up a notch from our primary-school-like earlier exchanges. Although maybe adolescents do things differently nowadays; perhaps we were only middle-aged losers who had finally hooked up on selfies following their late arrival to the Instagram generation. It was suddenly like every minute of our day had to be snapped and shared so we didn’t have to tell each other anything.
And I know they say a picture is worth a thousand words, but sometimes it is worth none.

Your hand was trembling and you passed the note to me quickly like in a Soviet spy movie. I crunched it in my hand and walked away. I could tell you were staring at the back of my golden dress.

‘Stay where you fit in,’ my uncle had rightly advised me before the wedding, but I hadn’t taken his advice. Where exactly did I fit in, other than in the psych ward?

All his money seemed to light Laura up like a beauty pageant; not that she wasn’t beauty-pageant material even without it.

Was I a commodity for you at an acquisitive time? Were you a collector? Should I fret about the value placed on me perhaps as an exotic object? Because I was French? I didn’t think of French as exotic but then I was it, and you cannot be foreign to yourself, although perhaps I was exactly that.

We had known so little about this man yet had let Laura wed him. And at her own wedding she was crying.

‘My husband fucked the woman who delivered our baby!’ I clamour again, full of honesty. It’s good to peak twice, to extend the peak for as long as possible.

I will never forget the sweetness with which you dried their hair. It made me think the world of you; it made me think how life is to be based purely on emotion. After that, I was lost.

Was I guilty of puffing up a dream which could grow expectations larger than Albatross wings? Yes. But then I remembered how I was in violation mode, and that the only purpose of a dream was perhaps not to come true but to break all cages, breach all rules and run around fiercely free. 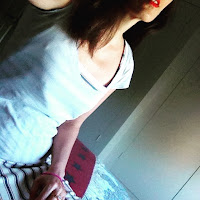